Teething problems on the ground and in rulebooks hurt the ambitious plan to harness solar power for 40,000 MW 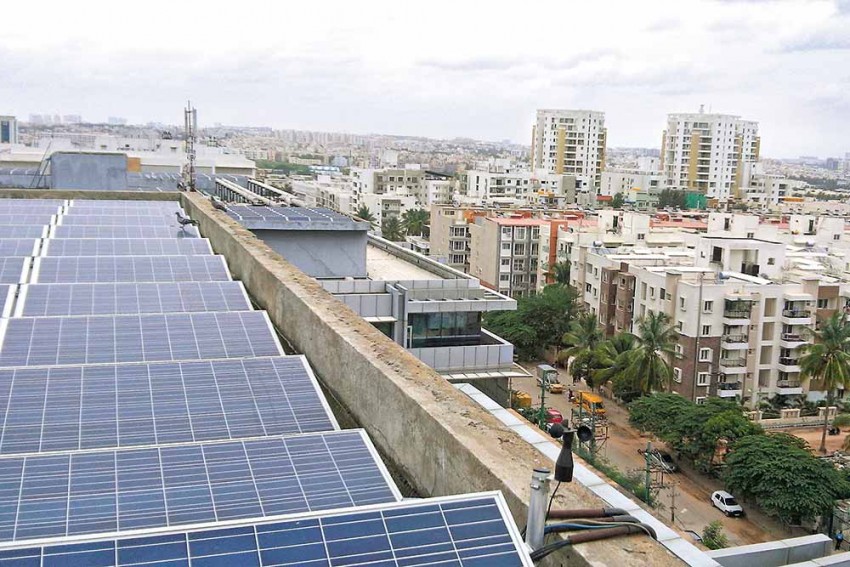 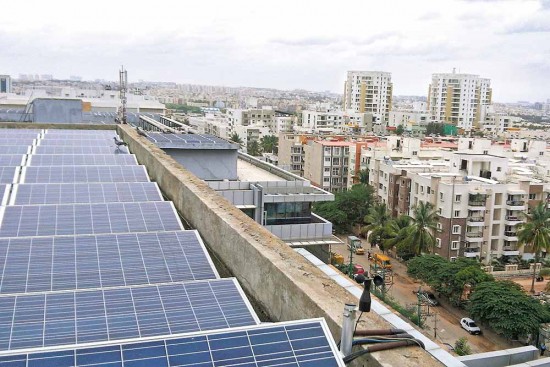 The Central government is on a look-out for roofs, not to shelter the homeless, but to harness the abundant beneficence of our nearest star—the sun—for generating clean power. A shor­tage of land to set up solar power farms is behind this major effort. Earlier this month, the Centre unv­eiled plans to tap rooftops of govern­ment buildings, private institutions, industries and residential buildings to add an additional 40,000 megawatts (MW) by 2022. Out of this, a target of 4,000 MW solar power is set for residential rooftops with financial assistance of around Rs 6,600 crore.

As a push towards that ambitious goal, several attractive schemes are being offered by the Centre as well as some states. Banks, too, are coming forward with consumer loans for residential customers. In many ways, these customers face several challenges. Lack of awareness of the benefits is one of them.

Considering this, it won’t be easy to achieve the target by 2022—rooftops, too, are not readily available and residence owners may not be in a position to join in on the plan. This is borne out by the fact that, according to the ministry of new and renewable energy (MNRE), till December last year, solar panels fit to generate 1279 MW had been installed on rooftops, out of the interim target of 2,100 MW.

Industry representatives, too, are aware of the impediments ahead. Ravi Kant Verma, member, board of governance, Solar Power Developers Asso­ciation, says while the government is trying its best to push rooftop solar power, the programme is sustaining itself without much Central aid as much of the subsidies have ended in phases. The remaining subsidies are for residential projects, apart from via­bility gap funding or capital subsidy in some of the schemes on megawatt basis. In such cases, the government runs tenders and selects on the basis of the lowest subsidy bid.

“Though projects are moving, they aren’t moving at the pace the industry or the government wants,” says Verma. This is because of some regulatory chal­lenges, like getting permission from discoms (power distribution companies) for net metering—connecting rooftop projects to the grid so that surplus power generated can be transferred. After taking into account the grid power used as well as surplus power supplied, the individual is either billed or paid the difference.

For varied reasons, permission for connection to the grid takes time. In the case of commercial clients, a discom may see a drop in revenue as solar power reduces dependency on the grid. For industrial units, net metering might drive running costs down if it generates surplus power, which can be sold to the grid. So, from paying an estimated Rs 8-12 for every unit of power, an ind­ustry that generates its own solar power will be able to have cheaper power, saving on its power bill.

Another persistent roadblock are the limitations placed on the capacity of rooftop solar projects. The final decision on this rests with discoms. In the case of developers seeking to utilise rooftops of government institutions, there are still more delays to be faced. Sometimes, months of waiting follows after the tender is submitted as no official is usually assigned to handle project decisions like capital subsidy, power purchase agreements (PPAs), etc. The PPAs are usually signed between building-owners and discoms, not the project dev­elo­pers.

Though it is easier to undertake rooftop projects in private homes and institutions, the size of the project is a challenge. Unlike in an institution, the ticker size for individual residences may not be very big, and thus not so appealing to big developers, unless many owners decide to band together.

“Once regulatory issues are addressed, rooftop solar installations are bound to proliferate just like the mobile industry, as affordability is no lon­ger an issue,” says Verma.

Aware of the challenges, the government is offering incentives to discoms in the second phase of its push for rooftop solar power. The incentive of Rs 4,950 crore, apart from Rs 66 crore for capacity-building and Rs 198 crore for service charges, is limited to the new capacity added to the grid in all sectors. The catch: the incentives will be limited to the first additional 18,000 MW of rooftop capacity added.

Santosh Kamath, partner and lead, Alternate Energies, KPMG India, is happy with the progress being made in rooftop solar power generation in India. “The solar rooftop sector is seeing rapid growth, with falling costs and greater awareness among consumers. We expect to see nearly 50 per cent annual CAGR growth over the next two-three years in installations,” says Kamath.

Going forward, Kamath sees challenges around how aggregation would be achieved for small-scale installations, preparedness of discoms to integrate the installations with the grid and quality management, as the segment witnesses increasingly intense competition.

“For commercial and industrial customers, the economics is attractive compared to their existing power tariffs, so they do not need any additional inc­entives. They need the requisite roof space and net metering permissions from discoms to proceed,” says Kamath.

Despite the challenges, textile and apparel producer Arvind Ltd is pushing ahead with its plans to add more rooftop solar capacity at its plants in Gujarat. Star­ting with 1.3 MW capacity in 2015, it has so far INS­talled 22 MW rooftop cap­acity between its five plants in Ahmedabad. The target is 40 MW solar power generation.

Abhishek Bansal,  Head of Sustainability at Arvind Limited, reveals that solar power meets bet­w­een 30 to 70 per cent power needs of its various plants. They plan to add more capacity in the bigger plants as space is a major constraint. Therefore, the roof of one of the bigger units will be replaced with a new one complete with solar panels to add 10 MW generating capacity. Also, land in one of the bigger plants is being earmarked to add another 10 MW. Given the savings through use of solar power, it is considered a prudent investment.

“Solar power cannot replace grid power in the case of an industrial unit, as they need grid connection for stabilisation. However, cost of solar power is lower than grid power now. The limitation is the area within the plant to raise solar capacity,” says Bansal.

Despite the lack of subsidy for commercial entities, industry watchers say investment in rooftop capacity is desirable as the investment can be recouped in just six to seven years. Even as states like Uttar Pradesh, Bihar and Bengal strive to follow the example of states like Madhya Pradesh and Gujarat to set up a floating solar capacity, it is time the government took steps to check discoms from raising unwarranted hurdles on the size of rooftop solar installations or levying open access and other charges, making the whole proposition more expensive than it needs to be.

The government and the discoms  would do well to stre­amline the whole process for eager customers. The sun will be at its zenith, for summer is coming.

Renew From A Free Source