‘Perception Worse Than Reality Of ­Adulteration’ 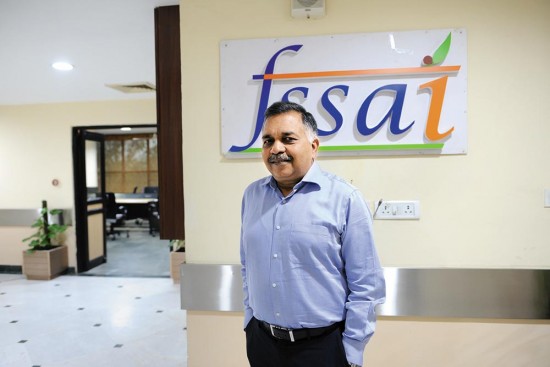 Food Safety and Standards Authority of India (FSSAI), an autonomous body under the health ministry, is the sole aut­hority to ensure food safety. Admitting that adulteration is a serious problem, FSSAI’s CEO Pawan Kumar Agarwal tells Jeevan Prakash Sharma that misinformation is a bigger challenge. Excerpts from the interview:

With reports of large-scale adulteration of food, especially dairy products such as ghee and milk, do you agree that adulteration has reached an alarming proportion?

There is definitely a serious issue of food adulteration, but the perception is worse than the ground realities. This perception is based on unsubstantiated, sometimes misinformed, news about adulteration being circulated on print, electronic and social media. There is also genuine news, and even if only a small proportion of food is getting adulterated, addressing it is a top priority—but it is important to understand the extent of adulteration and its health impact so there is no unnecessary panic. We have heard that some people have stopped taking certain food products out of fear of adulteration. Such fears are often unfounded. For instance, we conducted an all-India survey of milk recently. Of the 6,432 samples collected, only 0.18 per cent was found to be adulterated.

Raids by the Special Task Force and food safety department of Madhya Pradesh unearthed more than half-a-dozen dairies in villages, with a total daily production capacity of 2.5 lakh to 3 lakh litres of milk. This is just one of the several cases where the culprits were caught.

We do get such news once in a while. At a recent meeting of stakeholders, there was a unanimous view that our survey depicts the real situation. However, sporadic incidents of adulteration cannot be ruled out....