‘People Will Say What They’ve To Say’ 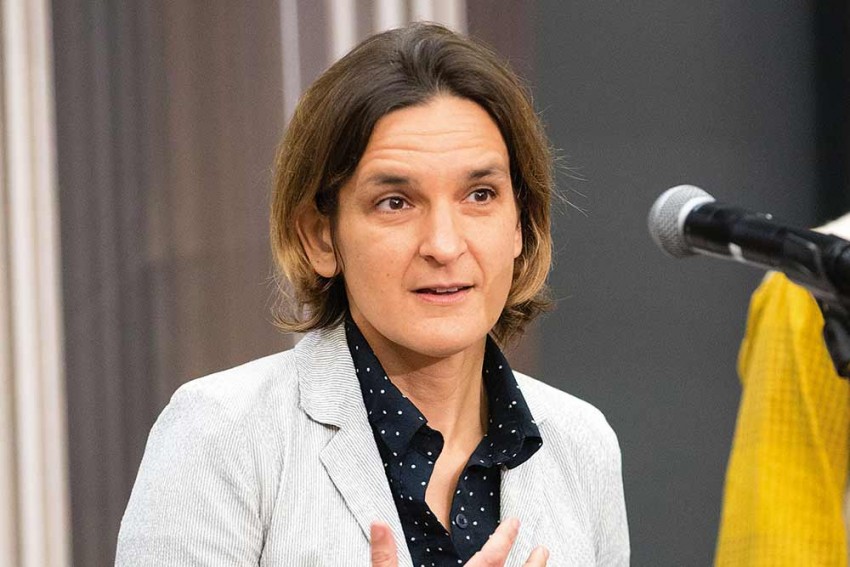 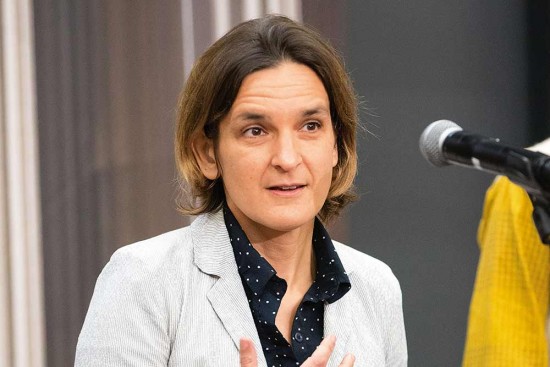 Esther Duflo, the youngest Nobel laur­eate in economics, shares the prize with husband Abhijit Banerjee, and MIT colleague Michael Kremer. She spoke to Consulting Editor Hardev Sanotra on Skype from her home in Massachusetts, dwelling on a range of issues from poverty to migration. Excerpts…

Your first choice in life was history, how did you choose economics?

I liked history, but it left me frustrated because it didn’t allow me to do things that would have an impact on the real world. So I took a year off in Russia, where I got a chance to work with economists and I realised they had the best of both worlds. They can work in academics…work on issues that have a direct impact on the world. I thought that’s for me.

You and Abhijit Banerjee have written Good Economics for Hard Times. Do you think the world, including India, is going through hard times?

India saw a sharp fall in GDP last quarter. Other indicators show there are problems with the economy. What’s your reading?

We wrote the book when India was growing fast and we wrote in a segment India should not be complacent because there are reasons why you would not expect to see the growth that India has known since the 1980s. Not for mistakes, but for the fact that there were a lot of low-hanging fruits and they have been picked. India is now a mature economy that needs to face the challenges of a mature economy. After we wrote the book, we did not realise how prescient we were.

You must have noticed that a senior minister, Piyush Goyal, has called Abhi­jit Banerjee a ‘Leftist economist’ trying to dismiss his work, and by corollary, yours. What do you have to say to that?

You know people will say what they have to say. Our work completely transcends politics. We have been working in India for years under different governments, and we have always found good relationships, particularly in our work in the states. Politics has never been an issue. If there is one area where everybody agrees is the need to have the most effective policies to help (alleviate) poverty.

If the central government were to use your work in India, how could society benefit from it?

There are policies that have been touched upon in the states. But there are some that are done at the Centre. For example, it is the Centre that is pushing in the area of financial inclusion, direct benefit transfers and there we have learned a few things. There are some lessons that we have gained and these can be shared.

Your contribution to economics has been the randomised control trials or RCTs, on which there has been criticism. What is your reaction?

It is an empirical question, which is not something we need to decide, a priori. It could be the case. Or, it could be the case that many things are generalised. When we first started working, we did not know. When people ask me if something you are finding in Udaipur would generalise to Jaipur and beyond that to Calcutta and even beyond to Africa, I always answer: ‘I don’t know. One has to find out.’ Over the past 15 years, we have found there is actually a fair amount that is generalised well. But there is no silver bullet that you can generalise everywhere, that will work from Antartica to North Pole.

Most Western nations have removed poverty or reduced it to an acceptable level through rule of law, constitutional guarantees etc. There is agreement among economists that this works. Don’t you agree?

There is some agreement among economists about things to avoid: hyperinflation; complete anarchy; shackles on the economy, like complete dirigisme. At that basic level, I think, there is an agreement. But where there is no agreement is: and then what? For example, South Korea has a strong industrial policy, but the US never had one. And both are rich economies. Is Korea rich because of its industrial policy or despite it, we have no idea. I don’t think it’s a revolutionary thing to say for economists. Maybe they won’t say it in public because that makes the science look a little bit useless.

What’s your view on universal basic inc­ome in a country like India where the fiscal deficit is not in a good shape?

“Migrating persons are not competing with locals for jobs. They move to Assam, the US... because of their drive, willingness to succeed.”

Macroeconomist do know that you don’t try to correct a fiscal deficit in the middle of a crisis. This is something one might need to address structurally, and India might need to think how it can raise more tax revenues, because its ratio of tax revenue to GDP is quite low, more so relative to China. Of course, you don’t raise taxes in the middle of a crisis, so it’s not something that you can do today.

On the UBI…you don’t necessarily try to reach a system in which everybody has a large or substantial amount of money to live on, because that would cost a lot of money and would involve slashing everything else, which might not be a good idea. You still need services; you will still need education. If you have a small basic income, it would not be worth claiming for most, especially if it involves the hassle of actually applying for it. But the effect of a guaranteed minimum inc­ome is, knowing that no matter what happens, no matter how bad things get, you will never starve. I think that would have an enormous amount of beneficial impact on peoples’ willingness to take risks in their lives to improve their well-being.

You mention migration extensively in your book, saying that it’s generally a win-win situation. As an economist, what would you tell a government that is aiming to disenfranchise nearly two million people in Assam?

Well, it’s not an India problem per se. There seems to be a worldwide fear of migration. If you look at what’s happening in France and the US, there is some effort by the governments to show that, ‘Oh we are doing something about migration, legal or illegal’. That, I think is unfortunate. People’s fear of migration is actually unfounded.

In reality, migrating persons are not competing with locals for jobs. In reality, they do make the choice to move to Assam or the US or France because of their drive, ambition and their willingness to succeed. Typically, they bring their own energy and are willing to do the jobs that no one else is willing to do. Governments could change the discourse and show that theirs could be a strong country with the help of the mig­rants. I am not saying that it’s an easy switch in the political rhetoric to implement, because it goes against the grain of much public opinion everywhere.

You have written that the Western world is going through problems almost Dickensian in nature, not unlike the views expressed in the poor world. Isn’t that an exaggeration, looking at the per capita income of the rich?

What is Dickensian in the West is the fear of disruption and dislocation. The period of Dickens was that of positive transformation in the economy, which led to a huge increase in per capita income, but at the cost of extremely hard lives for the poor. It took decades for the wages of people, who lost their jobs when they were replaced by machines, to improve. The per capita income in the West is high. But over the past many decades, the med­ian incomes have completely stagnated. In developing countries, particularly in China and India, till recently, the growth was not as uneven as benefitting the rich. It also benefited the poor. The number of poor has been slashed in India. But that does not mean we should be happy. That is not enough.