Business needs to be human and social in addition to being economic and sustainable, writes professor of creative writing Saikat Majumdar 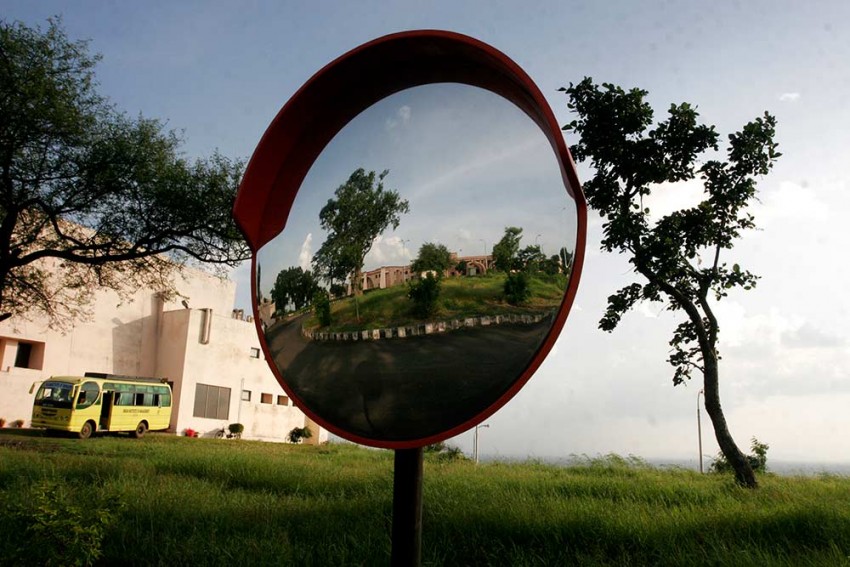 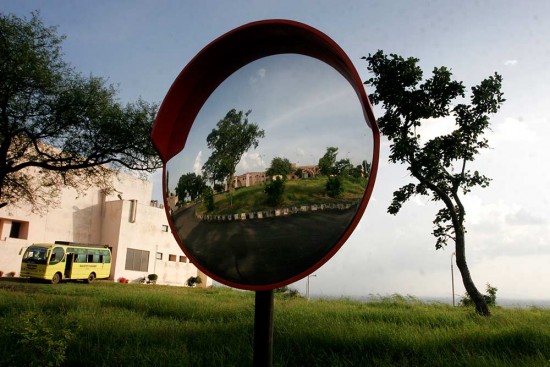 What is the relation between liberal education and getting trained for a professional career? By definition, they are very different things. In fact, they are usually defined in opposition to each other. A ­programme of liberal study is a foundational engagement with a subject for the sake of advancing knowledge, without any specific job, vocation or career in mind. A professional programme is training for a specific kind of career. To be liberal, in the curricular sense of the term, is to be open to all possibilities, and not directed at just one; to be professional is not so much to study subjects for their own sake, but to do so with the structured goal tied to a specific kind of career.

The difference is not so much one of content, but of approach. Similar subjects can be a liberal or a professional subject, depending on how they are curricularised and/or taught: biology is a ­liberal art, but medicine is not; political science is a liberal art, but law is not; economics is a liberal art, while accountancy is not. The “art” of the ­“liberal arts” is, of course, an anachronism—it freezes the historical memory of a time when all subjects were considered arts, including those now considered part of the sciences, such as mathematics. Nearly any disciplinary field, the critic Louis Menand, points out, can be turned into liberal or non-liberal depending on its association with adjacent practical skills. English ­departments can become writing or publishing programmes; pure or abstract mathematics can merge into applied mathematics or engineering; sociology holds the promise of social work just the way biology holds the roots of medicine; political science and social theory offers the foundations of law and public administration.

The difference between the two goes all the way back to the 18th century German philosopher, Immanuel Kant, who laid out the idea beh­ind what would eventually become the modern Western university. In his treatise, The Conflict of the Faculties, Kant delegates theology, law and medicine (intended, respectively, to train clergymen, lawyers and physicians)—to the “higher ­faculty”. The “lower faculty” was intended to ­inc­lude all the disciplines, which in the modern university fall under the arts and the sciences.

BTech from an IIT and MBA from an IIM has been the magic ­pairing for Indian employers.

Kant called members of the higher faculty “businessmen or technicians of learning”—­people who would shape public administrative ­policy, possessing what he described as “legal ­influence on the public”. What is intriguing, as scholar Mark Taylor points out, is that ­contrary to the implication of the terms ‘higher’ and ‘lower’, Kant clearly saw greater independence and autonomy in the lower faculty. The higher faculty trains students for the key institutions of public life, but accordingly, they are ­subject to state control and censorship. It is the lower faculty that is free to pursue knowledge for its own sake, and remains free of government ­interference and calculations made on the basis of vested interests from outside.

Scholar and educator Wilhelm von Humboldt, a close follower of Kant, implemented this principle at the University of Berlin, which was founded in 1810. Humboldt’s implementation of the Kantian model would become the basis of the modern ­university, which would subsequently turn into a self-governing structure that seeks to combine ­research, training and professional training in a variety of ways. The campus layouts of large US universities tell the story: departments of liberal arts and sciences—literature, physics, history, ­philosophy, mathematics, economics—at the ­centre—and large professional schools—business, medicine, law, engineering, education—far outside, often in separate campuses altogether.

Law and medicine continue to be major professional programmes, but the programme for the training of clergy is no longer a part of the modern, secular university. The 20th century has seen the appearance of a new professional programme of study—the Master of Business Administration. As a postgraduate degree, the MBA can follow an undergraduate degree in ­liberal studies, though in the most preferred combination for Indian corporate employers, the MBA is preceded by an undergraduate ­degree in another professional field, engineering. The magic pairing has usually been a BTech degree from an IIT, followed by an MBA from a top management institute such as an IIM. 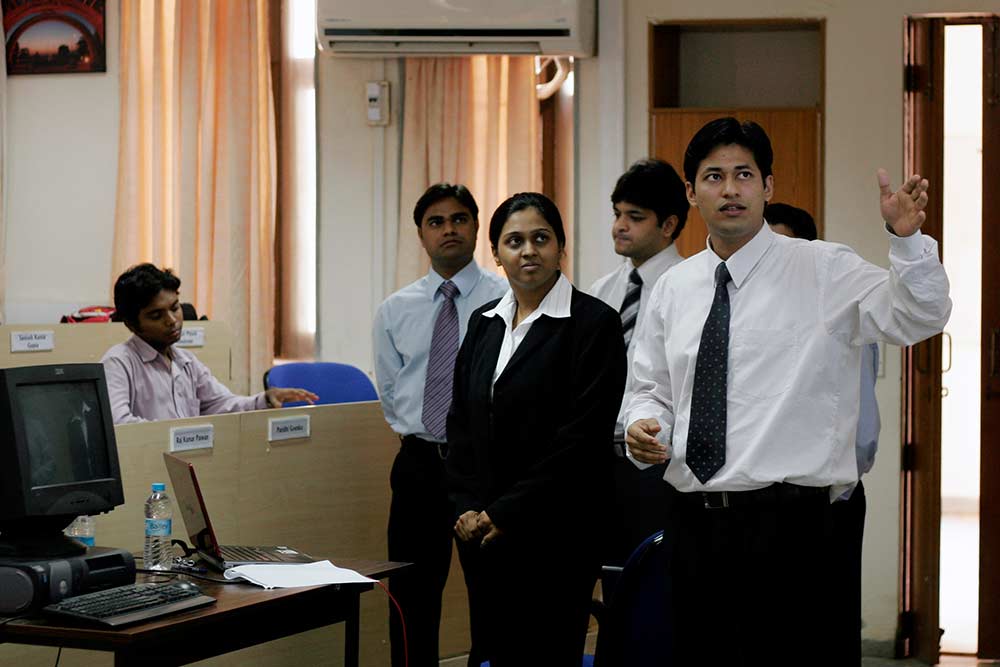 As evident in Menand’s formulation above, all professional programmes have close relationsh­ips with corresponding liberal programmes, busin­ess training more than most. In a 2014 article in Forbes, Steve Denning recalls Peter Drucker’s ­vision that the crucial job of the future corporation will be to balance its three dimensions: as an economic organisation, as a human organisation and as a social organisation. We are already deep into the future Drucker had envisioned in the 20th century, and education for business adm­inistra­tion has now turned out to be a deeply complex ­affair, with a range of dimensions that touch on the various foundational arts and sciences.

A striking example of this holistic conception of the liberal and the professional in business education is the Integrated Prog­ramme of Management (IPM) at IIM-Indore. The idea behind the five-year ­programme, including a three-year liberal study programme and a two-year MBA, is to build ­professional training on a foundation of ­multidimensional breadth where the humanities and the social sciences occupy a key place. It promises a 21st-century articulation of a Peter Drucker-like vision of management studies that enriches from a multidimensional humanistic consciousness. As Rishikesha Krishnan, professor of corporate strategy at IIM-Bangalore and ­former director of IIM-Indore, points out, “The core—Economics, Statistics, Psychology plus other humanities and social sciences—provides an excellent foundation for management.”

“Liberal arts is important because ‘business as usual’ will further destroy this planet.”

The IPM students, Krishnan feels, bring a different perspective to the MBA ­programme and create a necessary ­diversity. Students from the IPM ­programme have been among the top MBA students every year. “We like to think,” he says “that the IPM alumni will be trailblazers. Only time will tell whether this is true!”

Management academics across the nation are increasingly in agreement about the importance of the liberal arts in business education. Mukesh Sud, associate professor of business policy at IIM-Ahmedabad, foregrounds this significance in relation to a related subfield that is now increasingly important in the age of start-ups and venture capital: entrepreneurship. He is keen to remind us that entrepreneurship is as close to the fundamental arts and the sciences as to business training. “Ideally,” he says, “a centre of entrepreneurship should be equidistant from business, liberal arts and engineering. Housing it in a business school sends a signal that you just need ­business skills to be an entrepreneur.”

Higher education experts, too, consider the liberal arts essential to the business school for the sake of sustainable and ethical development. Mousumi Mukherjee, associate professor and deputy director of the International Institute for Higher Education Research and Capacity Building at OP Jindal Global University, argues that “integration of liberal arts in the business school is very important, particularly in this age of sustainable development, when ‘business as usual’ will further lead this planet towards ­destruction.” It is just as Drucker had envisioned—business needs to be human and social in addition to being economic—and now, more than ever, sustainable. “Only liberal arts,” Mukherjee says, “can teach the current ‘business leaders in the making’ that they need to be mindful of the welfare of both the people and the planet to do any kind of business in the future.”

Adapt Or Perish! As Old Jobs Shrink, Are You Prepared For Jobs Of Future?

OPINION | Why Private Sector Intervention Is Necessary In Higher Education

Saikat Majumdar, Professor of English & Creative Writing at Ashoka University and author of several books, including College: Pathways of Possibility, 2018

‘Structural Problems Must Be Addressed’