A slew of measures taken by the government will help achieve a 6.5 per cent growth in 2020-21, writes Bibek Deb Roy, the chairman of the economic advisory council to PM Modi 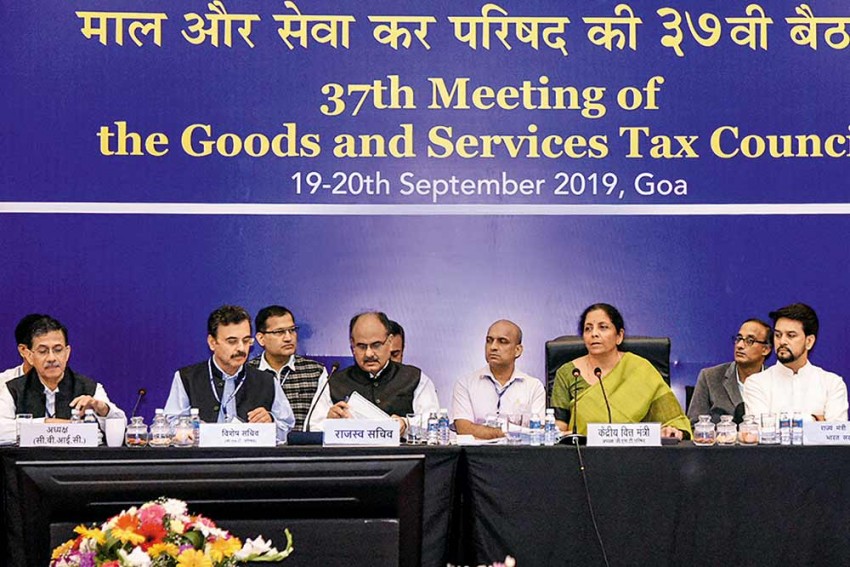 Photograph by PTI
Bibek Debroy September 26, 2019 00:00 IST OPINION | A Five Per Cent Growth May Not Sound Too Good But It's Not Quite Death 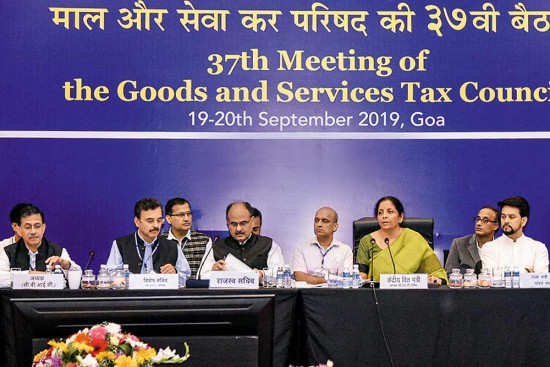 It is human to focus on the transient. By transient, I mean 5 per cent real growth in Q1 of 2019-20, which has caught most people, not just the RBI, unawares. As most people probably know, methodology and database for national income ­accounts was revised in January 2015 and the base year bec­ame 2011-12. Hence, a comparable series cannot be dragged back beyond 2011-12, nor can growth rates be dragged back bey­ond 2012-13. Let’s track the quarterly real GDP growth rates since 2012-13. What’s immediately evident is volatility. In 2012-13, a 4.9 per cent growth in Q1 was followed by 7.5 per cent in the immediate next quarter. Likewise, 5.3 per cent in Q4 of 2013-14 was followed by 8 per cent in Q1 of 2014-15, the immediate next quarter. In 2014-15, a growth of 5.9 per cent in Q3 was followed by 7.1 per cent in Q4. One quarter’s dip shouldn’t be interpreted as India being on a growth trajectory of 5 per cent, as some people have suggested. Past statistics don’t prove that proposition. If anything, they prove the converse. Predicting the future is fraught with problems. With trade-related skirmishes and oil-related unpredictability, there is more than one question mark. That knocks out, at least temporarily, a key driver of growth—net exports. Nevertheless, for 2019-20 (the full year), no forecaster has projected a growth rate lower than 6.2 per cent. That’s not dismal, though a 6-6.5 per cent band isn’t good enough, which goes without saying. The National Sample Survey Organisation’s Periodic Labour Force Survey, 2017-18, shows employment creation hasn’t been as high as hoped, and that higher growth and better composition of growth are critical for better performance.

At one level, the dichotomy between the prism of structure and the prism of cycle is sterile and puerile, since there are elements of both in what’s going on. A lot of economists have listed structural constraints to growth, expecting the “government” to resolve them. There is a long-forgotten discussion paper brought out by the Department of Economic Affairs in 1993, spelling out the task ahead, “two years after the reforms”. At the time, that agenda was labelled second generation. In telecom, fifth generation may be different from second generation. Not in the domain of economic reforms. Barring the financial sector, not much has changed between 1993 and today’s structuralist agenda. That second generation is today’s fifth generation. The reason is obvious. The “government” has elements of state governments (land, labour, environment, agriculture, several kinds of infrastructure, efficient public expenditure), legislature (Parliament, state assemblies) and judiciary (a prominent lawyer has rec­ently blamed the Supreme Court for the slowdown and there is the National Green Tribunal too). The Centre has limited ­degrees of influence over these. Hence, such reforms are slow and steady rather than a big bang. They continue to remain on the agenda. Some economists found it difficult to push these ref­orms while in the Union government. Now that former ­insiders have become outsiders, they expect the incumbent Union government to deliver quick fixes.

Now that ex-insiders have become outsiders, they expect the Centre to deliver quick fixes.

Almost 69 per cent of India’s population lives in rural areas. The impression one forms from media reports is that rural India is in a bad shape and this storyline is woven around agriculture. Consider the rural big picture in the past five years. Low prices of agricultural products and low inflation may be bad news for net producers of crops (especially rice, wheat, sugarcane or cotton), but there are people in rural India who are also net consumers. A slower growth in rural agricultural wages is not always bad news for landholders who employ labour. Under the National Food Security Act, 75 per cent of rural households get rice at Rs 2 per kg and wheat at Rs 3 per kg. Under the MGNREGS, there has been an increase in individual beneficiary schemes. There are schemes for rural housing, rural sanitation and toilets, LPG connections, electricity connections, rural roads, bank accounts, accident insurance, life insurance and healthcare.

Even if one discounts some percentage of the ­figures, significant numbers are still left. Following the recommendations of the 14th Finance Commis­sion, large sums of money have been released to gram panchayats. This canvas isn’t one of rural distress. As I said, crop output or foodgrain output shouldn’t be equated with the rural economy. The improvement is evident in various UNDP ­reports, including that on multi-dimensional poverty. The growth and productivity impact of such inclusion may not be immediately quantifiable and may occur with a time lag. But that’s not the same as saying these positive effects are non-­existent. India witnessed 9 per cent real growth in years when the external environment was kinder.

India had witnessed 9 per cent real growth in years when the external environment was kinder.

Nevertheless, even if one forgets 9 per cent plus, there is plenty of internal slack to jack growth up from 6-6.5 per cent to 8 per cent. The last year for which GSDP (gross state domestic product) numbers are available for all states and Union territories is 2017-18. Between 2012-13 and 2017-18, the states where average real growth has been lower than 7 per cent are Arunachal Pradesh, Bihar, Goa, Jharkhand, Kerala, Rajasthan, Sikkim, Tamil Nadu, UP, Chhattisgarh, J&K, Manipur, Meghalaya, Nagaland, Punjab, West Bengal and Puducherry. All-India aggregate growth is almost entirely ­(defence and railways are exceptions) a function of state performances. I find it difficult to believe that rural inclusion will not improve growth performance in these sub-7 per cent states.

After that 5 per cent in Q1 of 2019-20, is there any evidence to show that the Union government is overcome with inertia? On the contrary, monetary policy apart, there have been four announcements on various measures (bank consolidation, real estate, MSMEs, export incentives, taxation) and there will be more on core Union government concerns (GST, rationalising centrally-sponsored schemes, privatisation of Central public sector enterprises). GST standardisation and simplification go through the decision-making process of GST Council. Direct tax reform is linked with exemption removal, which reduces tax compliance costs and tax-related litigation. In the latest set of measures, the corporate tax rate has been reduced to 22 per cent, with 15 per cent for new manufacturing companies. This makes Indian corporate tax rates comparable to East Asian levels, and stimulates manufacturing in India. The Centre has thus made it clear it will push reforms, including privatisation. Partly, one is looking towards the Union budget for 2020-21, after the 15th Finance Commission recommendations have been received in end-November.

To return to those who diagnose slowdown as cyclical, however stated, the argument is about increasing public exp­enditure (a counter-cyc­lical instrument) and relaxing deficit-reduction compulsions. This has partly been done through tax rate reductions. The Union government is fiscally constrained—one shouldn’t forget GST compensation to states and lower nominal revenue growth because of low inflation. To accept the cyclical argument in its entirety, one will have to buck a consensus that has evolved after years of discussion and deb­ate. First, there is nothing wrong with widening the deficit, though one will no longer be able to control the tap after once opened. Second, low inflation is a mixed blessing, and one has perhaps gone overboard in targeting inflation and keeping it low (a phenomenal success of the first, and even second, Naren­dra Modi government). There may, or may not, be merit in these propositions, but they need discussion and debate.

What’s the headline? We shouldn’t get swayed by 5 per cent. In 2019-20, we are on a trajectory just over 6 per cent. Because of measures already introduced, in 2020-21 we can hope for 6.5 per cent. With an estimated 18 months to two years bet­ween any policy change and consequent outcomes, beyond 2022-23 we can aspire to inch up beyond 7 per cent. There is a clichéd Keynes’s quote about people being dead in the long run. But people, and economies, do not die in the immediate short run of a quarter either, esp­ecially when 5 per cent is not quite death.

(The writer is chairman, Economic Advisory Council to the PM)