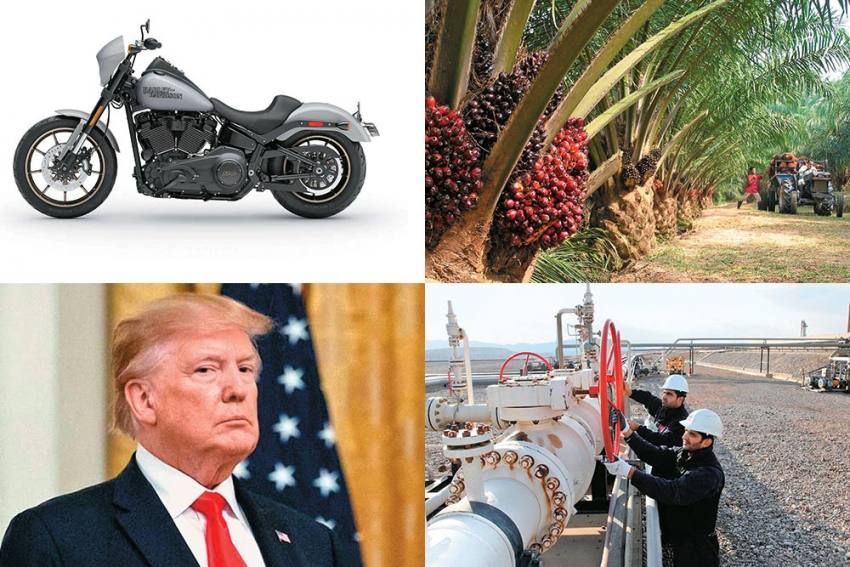 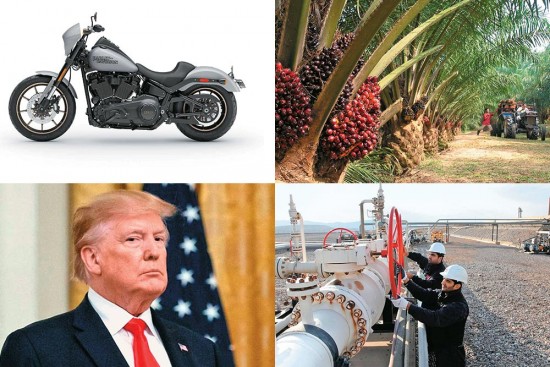 In 2007, US President George Bush Jr, a Republican, was angry about India’s stand regarding the iconic American bike Harley Davidson. In a major Harley-for-mango deal that year, India allowed investments by the American manufacturer in return for free entry of Indian mangoes in the US market. A decade later, another Republican President ranted against the high Indian import duties on Harley Davidson and maintained his displeasure even when the duty was halved. Donald Trump dubbed India a global “tariff king”.

The motorcycle became a contentious issue in the ongoing trade war between the two nations, but it was not a matter of numbers or money. Harley sold bikes only in the thousands every year in India and it ­employed a few thousand workers in the US. For Trump, as it was for Bush, the bike represented American culture and was a hit among its core voters. Thus, politics and cultural issues ­enmeshed with economic diplomacy and global trade.

In fact, this is true for the ongoing trade wars that India unleashed—or was forced to do so—against other countries. It also applies to other global trade tussles that impact India. The country is pitted against Malaysia, which criticised India’s policies on Kashmir and CAA. It battles the US on issues related to software ­exports to it and lack of access to a few US products in India due to ­religious sentiments. The ongoing US-China and US-Iran battles, ­related to domestic politics and terror, are affecting India too.

“International trade has become less dynamic and is not expanding due to unpredictability,” says Anwarul Hoda, former deputy director general, WTO. Global and bilateral trade wars ­adversely affect the countries ­involved. Nations that fight each other, especially during the current global slowdown, are bound to suffer—their manufacturers lose global markets and consumers are saddled with high prices due to higher tariffs or bans on imports and exports.

Trade wars impact non-participants too. They throw up both opportunities due to trade and investment ­diversions, and challenges due to ­cascading effects. “In the case of the US and China, the latter’s growth may decline due to lower exports to the US. This will negatively ­impact the GDPs of South Korea and Japan. Hence, these ­nations will seek less FDI and exports from the US, which will also suffer due to higher prices of imported goods,” ­explains a senior official in the commerce ministry.

This is especially true ­because of the nature of the US-Iran conflict. Global crude prices have shot up to $70, which will hurt oil importers, including India. Experts feel that they might go up to $95 if Iran retaliates against the oilfields in Iraq and Saudi Arabia. “If the disturbances in West Asia continue, and oil prices rise further, it would impact Indian industries, which will become more uncompetitive due to cost escalations,” says Biswajit Dhar of Centre for Economic Studies and Planning, JNU.

According to experts, oil economics will be influenced by several factors in 2020. There is a global glut in energy sources such as crude oil, natural and liquefied gas, and coal. But geopolitical risks in oil-producing areas such as ­regional tensions in West Asia, civil war in Libya and unrest in Venezuela can upset price movements. In the US, producers of shale oil are under pressure—many have declared bankruptcy or are on the verge of it. Not to forget the 2020 presidential elections in the US—if Trump triumphs again, he will support the American oil and gas industry.

Countries that fight each other look for alternative sources of products and investment, which benefits other nations. The US-China trade war can help boost exports by India, Taiwan, Mexico and the EU to the US. China too seeks to import from India and others. Global businesses are shifting their manufacturing bases from China to cater to the US market. “We hope to gain $2 billion from additional ­exports to the US due to trade diversion from China. Chinese makers may shift their orders to Indian vendors,” says Ajay Sahai, ­director general, Federation of Indian Export Organisations.

Sahai, however, warns that India cannot be complacent since “we cannot bank on continuous growth in exports to China”. For instance, ­although it agreed to allow imports of Indian non-basmati rice, the agreement has not been implemented. He ­explains that China has managed the crisis well despite the problems. It kept its currency low to ­negate the impact of higher US tariffs. It encouraged ­domestic suppliers and buyers to take advantage of new, non-India markets.

India-US trade games play out differently. The US is hassled that India imposes high import duties on its products like bikes, and high-end medical equipment such as coronary stents and knee transplants. It is angry about India’s limited access to US dairy products because of religious and cultural reasons. India contends that US cows are fed with animal feeds or blood meal, which it deems unacceptable. It wants the US to import more of its chemicals, diamonds and textiles. So, both hiked duties on several products, which hurts the industry and consumers in both nations.

It is in the case of India and Malaysia that one witnesses the complexities of global trade. To blunt Malaysia’s stand on issues like CAA and Kashmir, New Delhi imposed an effective ban on imports of refined palm oil. Although it used a non-tariff barrier—imports were changed from free to restricted and required specific permissions—Indian traders were told to shun Malaysia. This is a blow for Kuala Lumpur, which got preferential and lower tariff treatment from New Delhi. Palm oil ­exports account for almost 3 per cent of Malaysia’s GDP.

But the move implies that India will need to shift to higher imports of crude palm oil—from Indonesia, an existing supplier—as opposed to ­refined. Hence, global prices of crude palm oil may shoot up. Although it will benefit Indian ­refiners who were unhappy with Malaysia’s preferential treatment, domestic prices of palm oil, as well as of substitutes like soybean oil, may go up. Malaysia will seek other markets like Pakistan. Nepal, which exports refined oil, may end up a loser unless it increases exports to India.

One of the positive consequences of US-China tiff for India may be more foreign direct investment. According to some experts, huge ­opportunities may open up in the near future. In the recent past, Chinese businessmen visited Indian manufacturing hubs to explore possibilities of joint ventures with Indian firms, especially small and mid-level ones. These may lead to technology transfer and FDI inflows. Sachin Chaturvedi, director general, Research and Information System for Developing Countries, contends that similar engagements are on with potential EU and

Anwarul Hoda thinks that such ­efforts may not yield much. The reasons are India’s “poor manufacturing environment” and lack of adequate infrastructure. He and others believe that investment benefits will be reaped by Vietnam and Malaysia and, to some extent, Indonesia. The fact is that India is still uneasy about China. The former’s reluctance to join the Regional Comprehensive Economic Partnership because of the Beijing factor is an indicator. Washington also does not want New Delhi to ­become cosy with Beijing.

Regardless, in most cases, the ­negatives overpower the positives. The economies of both actors and non-actors suffer in some form or the other. This is especially true when most countries are plagued with low growth rates and the projections for 2020 are bleak. “It’s a delicate ­tightrope walk. Economies are unable to absorb the cumulative impact of such wide-ranging dynamics,” says Chaturvedi.

In the case of India, the problems are manifold. If the local prices of vegetable oils like palm oil and soybean oil go up, it will fuel retail inflation, which, at 7.35 per cent, is the highest since 2014. The prices of other goods may increase due to the tariff wars. This can hurt investments as consumer spending spirals down further. In the end, growth will stutter, which will have an adverse impact on the government’s revenue collections and fiscal deficit.

Hence, there is a need to act fast on global and bilateral trade negotiations. “No trade agreement can be frozen in time. No trade agreement can predict the future and incorporate provisions to tackle the ­unknown. It needs to evolve through reviews in a dynamic setting as new issues unfold, novel concepts emerge, and neoteric challenges surface,” says Ram Upendra Das, head of commerce ministry’s Centre for Regional Trade.