Is RERA Really Putting A Smile On The Harassed Homebuyer's Face? 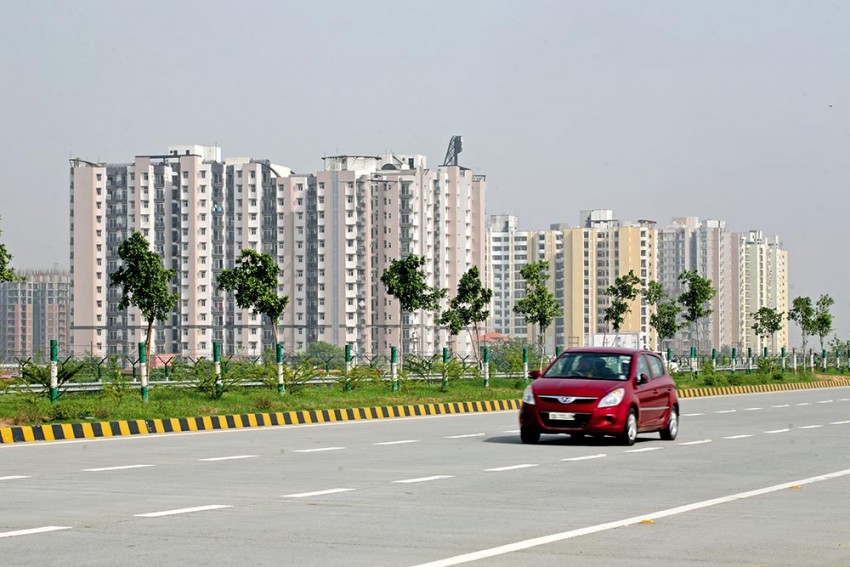 Photographs by Sanjay Rawat
Jeevan Prakash Sharma May 29, 2019 00:00 IST Is RERA Really Putting A Smile On The Harassed Homebuyer's Face? 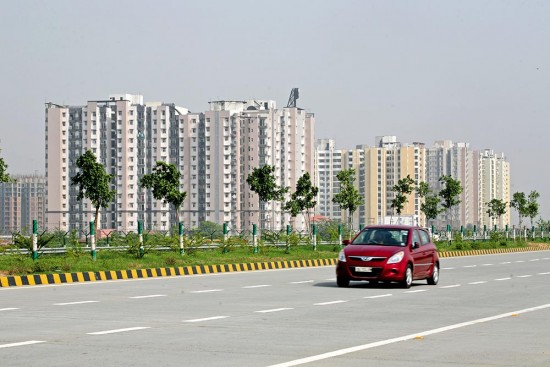 ‘RERA-registered project’ is a catchline that builders bandy about while advertising or selling apartments. Compliance with the Real Estate (Regulation and Development) Act, 2016 (RERA) seeks to assure prospective buyers that the project will not only be completed on time, but also meet quality standards due to the oversight of a regulatory authority. It does sound promising for a sector which was earlier largely unregulated, leading to lawlessness and fraud but the ground ­reality is quite variable.

After a spate of scams and lawsuits, buyers mounted pressure by initiating a movement, Fight For RERA. Their ­efforts led to the implementation of the act on May 1, 2017, which, real estate ­experts believe, heralded a new era for the sector in India. The central law mandates states to frame real estate rules and appoint a regulatory authority to protect the interests of consumers.

Under the act, builders have to submit their final sanctioned plans and approvals to the Real Estate Regulatory Autho­rity so that they do not deviate from it later and construct illegal flats. The ­authority displays these plans on its website for transparency. Earlier, builders often constructed and sold unapproved flats, and banks even ­extended  loans on those, leading to buyers getting embroiled in legal battles.

Also, if builders collect money in ­advance from customers for a project, they cannot siphon it off. They have to deposit 70 per cent of the amount into a separate account which can only be used for construction. Such violations were flagrant in the pre-RERA period , leading to inordinate delays in construction. A forensic audit of the Amrapali Group ­revealed that only a small percentage of the money collected from over 30,000 buyers was used for construction.

“RERA has brought transparency to the realty sector. Buyers are confident of getting possession of their apartments and projects are more or less on schedule, resulting in improved buyer sentiment. Huge project delays now seem to be a thing of the past,” says Amit Gossain, MD, Kone India, and chairman of Real Estate and Building Technology, CII.

Abhay Upadhyay, president of the Forum for People’s Collective Effort (FPCE), an organisation which protects the ­interests of homebuyers, agrees that RERA has provided tools to customers to help them fight the powerful builder lobby. He and his team had ­organised the Fight For RERA movement all over India. Updahyay says that the law looks great on paper and its implementation across the country has been satisfactory. He, however, believes that regulatory authorities are more sympathetic to builders than buyers and cites diluted rules to exempt many ongoing projects. 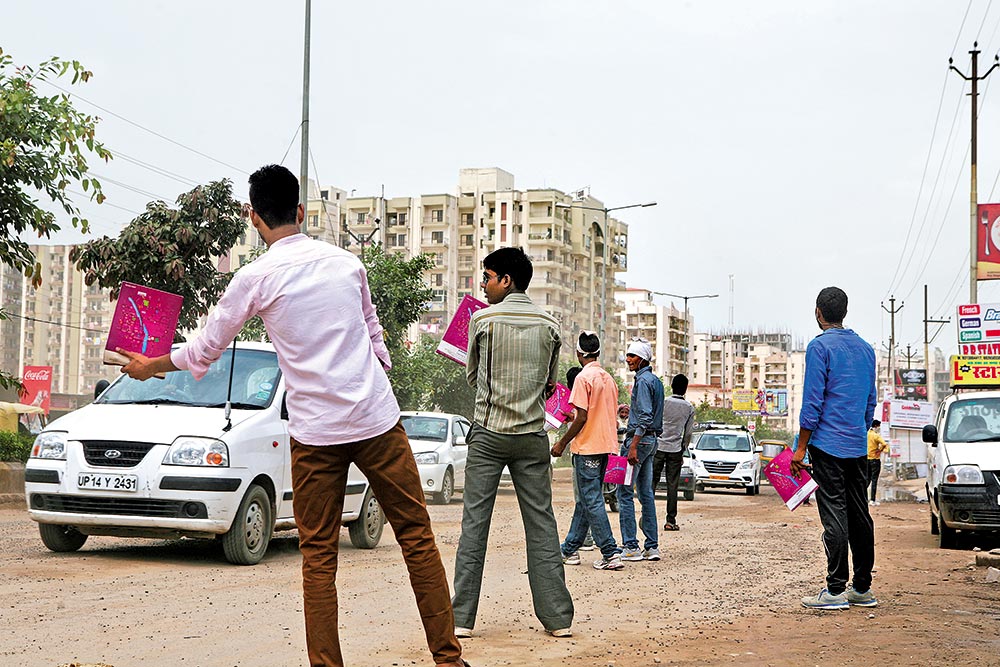 RERA was notified in two parts. The first came into effect on May 1, 2016, when all states were asked to draft rules to implement the act and form a regulatory body along with the appellate authority. A year later, the Centre notified the complete act. However, not all states created a regulatory authority within the given deadline of May 1, 2017. Southern states such as Karnataka, Tamil Nadu, Andhra Pradesh and Telangana progressed slowly as compared to Maha­rashtra, Gujarat and MP.

Ramnath Velamati, chairman of the AP authority, says that the delay in setting up the body was due to the lack of awareness about the law in southern states. “The delay in Andhra Pradesh and Telangana is largely due to their bifurcation,” he adds. Today, all states except West Bengal have created regulatory authorities to monitor the sector. Instead of implementing RERA, WB enacted its own law, West Bengal Housing Industry Regu­lation Act (HIRA), in October 2017, which allegedly diluted several provisions to favour builders.

Other states altered the provisions of RERA when they drafted their regulations. “Had all the states copied the model rules the Union government framed for Union Territories, the situation would have been ideal. But most came up with their own. Amongst them, Maharashtra and Gujarat crossed all limits,” says Ajay Mehta, the founding director of FPCE. Only three states—Uttarakhand, Bihar and Odisha—replicated the Centre’s regulations.

Buyers’ associations have criticised the functioning of regulatory authorities as they  believe that instead of penalising the builder, they merely issue bureaucratic orders and notices. “If a project is delayed, RERA says that buyers have a right to ask for a refund, but regulatory authorities are not in favour of allowing it,” complains Indrish Gupta, founder of Noida Exten­sion Flat Owners’ Welfare Association.

Venket Rao, legal advisor, UP RERA, counters the allegations, saying that regulatory authorities are taking decisions keeping the larger perspective in mind rather than the interest of an individual. Gautam Chatterjee, chairman of Maha­rashtra RERA, agrees with Rao. Builders also claim that if they start refunding customers with eight or nine per cent rate of interest,  projects would never get completed due to lack ­of funds. “I can’t rule out delays in delivery, but I can say with full confidence that the rules will not allow builders to defraud homebuyers in the future,” says Chatterjee.

But consumers’ associations have also cast doubts on the potential of RERA to stop frauds. They believe that its dilution leaves a hole in the regulatory mechanism, which gives enough scope to builders to cheat customers. Despite the criticism, some stakeholders are positive about the act. “Earlier builders were free to do anything they wanted, but today, they are aware that they have given a declaration to a regulatory ­authority and are bound by the law,” says Rao of UP RERA.

Experts say that if the provisions of the act are implemented properly, it has the potential to attract new players—not only domestic, but also FDI—which will generate employment. Besides, the ­increased competition will eventually promote self-regulation in terms of pro­mised deliverables, schedules and price moderation, as happened in the case of the aviation and tele­­­com sectors.

Real Estate (Regulation and Development) Act, 2016, was implemented on May 1, 2017. It could possibly revolutionise the sector.

Homebuyers say RERA has given them a weapon to fight the powerful builder lobby. However, they question the functioning of regulatory authorities and rules framed by the states.

While Odisha, Bihar and Uttarakhand replicated the model rules framed by the Union government for Union Territories, other states allegedly diluted these rules.

Buyers’ associations claim that regulatory authorities are more sympathetic to builders than buyers and merely issue orders and notices instead of penalising builders.