The trickle-down theory has limits. It helps the weaker sections, but enables the capitalists to gain the most. 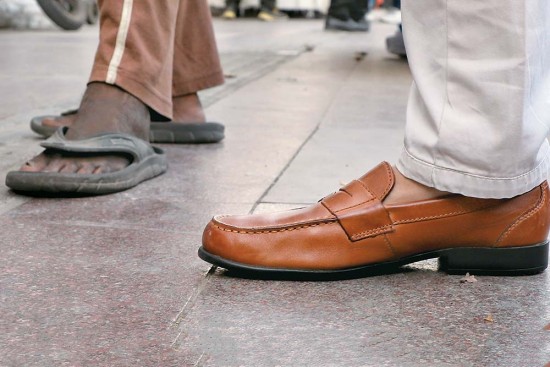 The inconsistencies seem absurd. In the midst of the country’s 30th year of reforms, the successes on the income parameters are visible. The number of poor declined substantially, which reflected in the country’s income hierarchy. In 1991, its shape was a standard pyramid with a broad base. The bulk of the population was poor, a lower percentage was middle class and a sliver was rich. Today, a bulge has appeared in the middle, the base has thinned and the top widened.

If one looks at the numbers, 60 per cent of the population, or 500 million, were considered poor in 1991. Today, the figure is less than a fifth, or not more than 250 million. Some studies, like the 2015 Brookings report, claim that the deprived class constitutes a mere 50 million. The middle class, although the figures are disputed, is on the march. India has more millionaires and billionaires. The Forbes real-time global list of the rich counts more than 100 Indian dollar-billionaires.