Mitron, Have A Samosa Now: Does India Have Resources To Replace Popular Chinese Apps? 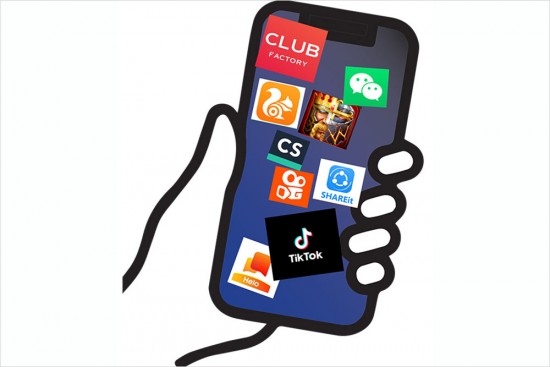 The Indian government’s decision to ban 59 Chinese mobile applications, including the popular TikTok, WeChat and Helo, will have a snowballing effect on Beijing’s international soft power push under the “Digital Silk Road” programme. Though countries with active user base of Chinese apps may not immediately follow suit, the Indian action—an apparent retaliation to the border face-off in Ladakh—will initiate the process of rethinking about their implication in terms of national security, analysts say. “I won’t be surprised if what India has done will result in a broader questioning about the Chinese apps. Something similar might happen elsewhere as more broad-based concerns are being articulated in other countries,” Ashok Kantha, former Indian ambassador to China and director at the Institute of Chinese Studies, says. One of the ironies of Digital Silk Road is China’s attempts to take advantage of free media regulations in democratic nations while blocking foreign apps and websites, including Google, Facebook, Twitter and YouTube. Indian websites, including newspaper sites, are also banned in China.

India managed to stir a debate against the Belt and Road Initiative—President Xi Jinping’s pet programme to enhance worldwide influence through connectivity infrastructure—by raising objections since 2017 and refusing China’s request to launch it in the country. This led to Malaysia cancelling and later restructuring a major Chinese-backed rail project and more countries demanding price discounts from Chinese companies on infrastructure projects. “We took a leadership position by thinking ahead of the curve. Many of India’s concerns have bec­ome mainstream concerns and perceptions about the BRI have since in the past three years,” Kantha says.