For the majority of farmers, growing the ­country’s food brings no ­assurance of well-being. Seven decades after ­independence, swings between glut and scarcity remain largely unpredictable, making agriculture unviable for greater numbers. 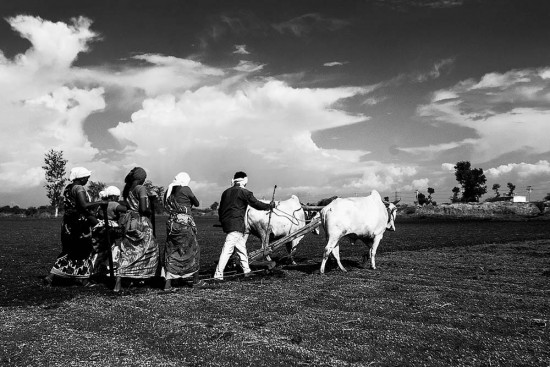 There is no one way to describe changes in the state of farming and farmers over the past seven decades. Optimists contend that farm production is now at a stratospheric height, and India, which was a food importer, is self-sufficient and counted among the top 10 exporters in the world. Millions of farmers are out of poverty due to the pull-effect. Apart from wheat and rice, they now grow cash crops, and have diversified into horticulture and dairy. According to the pessimists, however, agriculture remains at the mercy of the monsoons, as climate change wreaks more havoc. Production is highly inconsistent, with a series of gluts and droughts. A majority of farmers own miniscule land—they cannot feed their families, and are deeply indebted and exploited by middlemen. They continue to starve, and many commit suicide. The ongoing farmers’ protest is a loud indicator of their abysmal living conditions.

And then there are the centrists, who see shades of good and bad. “The health of farming has improved, but not the financial health and well-being of farmers,” laments Pranab Singh, president, National Academy of Agricultural Sciences. “We cannot say the producers can be counted among the well-off.” Others feel the ­opposite: the living standards of farmers are better, but agriculture remains under severe stress due to inherent and external factors.