In Kashmir's Killing Fields, Why Government Medical College Is Next To Almighty God

The Government Medical College has handled thousands of trauma surgeries over the years. The department of orthopedics alone has done 98,600 major operations. It's a lifeline in bloody Kashmir 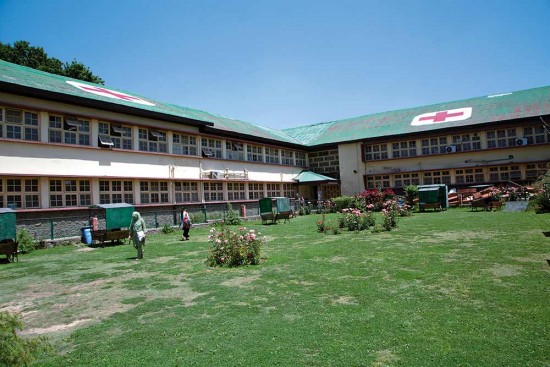 There was only one table for trauma surgeries at the Shri Maharaja Hari Singh (SMHS) hospital and college in 1990. The college didn’t have access to quality surgical equipment back then, and trauma patients, mostly hit by bullets and grenade shrapnel, owing to the conflict in the Valley, were pouring in. Doctors would leave their wards to attend the emergency; save the injured. And they managed to save a lot of people despite the bleak facilities in hospitals across Kashmir.

Dr Mufti Mehmood Ahmad, with the department of surgery at the Government Medical College (GMC) Srinagar, was a senior resident at GMC in the 1990s. One day, while he was on duty, a pregnant woman was brought in. She had bullet inj­uries to her womb—a bullet had exited after touching the ear lobe of the foetus. A gruelling surgery took place, by the end of which the baby was taken out safely and the mother brought out of danger. Dr Mufti wrote a paper about the case later: Gunshot Wounds of the Pregnant Uterus: “Baby Wins the Battle” (1995).

Dr Mufti and his colleague Dr Iqbal Saleem, who was also an MBBS student at GMC in 1990, mention more such cases where despite the lack of resources, doctors at GMC have done their best to treat trauma patients. The story of GMC, which has many hospitals in Srinagar under its wing, is not just that of an underequipped institution, but, additionally, one which is caught in the turmoil of Kashmir’s conflict.

In another incident from 1990, a boy with a gunshot wound to his kidney was brought to the hospital. He had only one kidney and as fate would have it, that’s where the bullet had hit. “We repa­ired and repa­ired for hours together,” says Dr Mufti. Finally, the boy’s condition doctors followed up with him for years.

“In those days, medical exams...