With 100 million users in a country of 1,350 million, cashlessness of the digital kind is a long way home 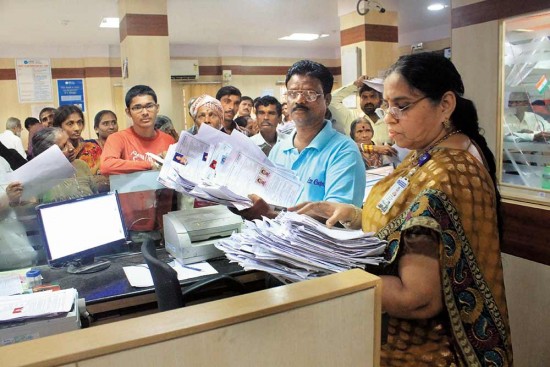 Some recommendations of the RBI-appointed Nandan Nilekani committee on digital payments:

Prime Minister Narendra Modi’s ambitious project—JAM (Jan-Aadhaar-Mobile)—got a shot in arm recently when the five-member panel under Aadhaar architect Nandan Nilekani, formed by the Reserve Bank of India, projected that per capita digital transactions in India are set to inc­rease from 22 in March 2019 to 220 by March 2022. The panel also said that the number of digital trans­action users in the country would rise from 100 million to 300 million over the next three years. The numbers may look pleasing, but the ground left uncovered is still huge in a country with a population of 1,350 million (as of June).

In its first tenure, the Modi government took a series of measures to force a shift to cashless transactions on the people—the Pradhan Mantri Jan Dhan Yojana (PMJDY) to bring more people into the banking system, demonetisation to reduce disposable cash with people and introducing direct benefit transfer (DBT) to bank accounts for around two dozen government schemes. But cash continues to rule the roost. Kalpana, who hails from West Bengal and works as a maid in Noida, Uttar Pradesh, has a Jan Dhan account with a RuPay card, but doesn’t know how to use an ATM. She has an Aadhaar number, but her address registered with the Unique Identification Authority of...