Highrises Of Nightmares! Why Coronavirus Will Extend Slowdown Period In Real Estate Sector 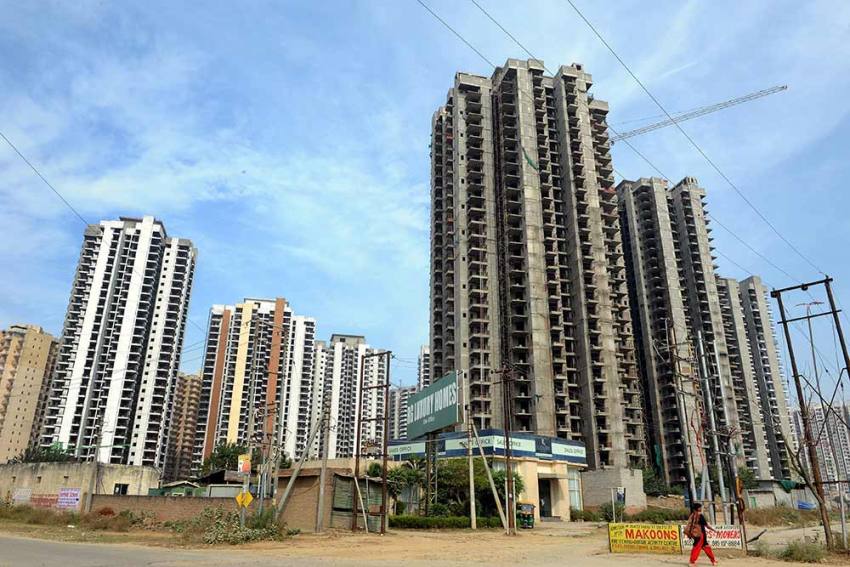 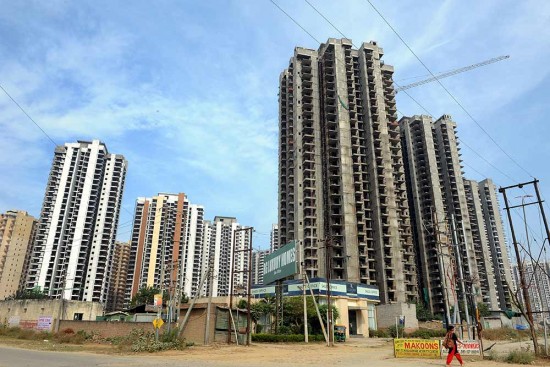 Revival of the Indian real estate sector, one of the largest employment generators, seems to have hit another brickwall in the wake of the panic generated by the spreading coronavirus, the rising death toll and an economy in temporary lockdown. Many had been looking forward to 2020 heralding the return of buyers for commercial and housing properties, given the government incentives, particularly for affordable housing segment, and the recent lowering of interest rates. In addition, the recent turmoil witnessed in the financial markets had raised hopes that investors would look at real estate as a safer investment option, considering that property prices have dipped in many cities.

“One could previously have surmised that the downfall in the stock market would have benefited real estate. However, considering the present scenario and its inherent challenges, inv­estors will largely stay away from this sector as well,” states Anuj Puri, chairman, Anarock Property Consultants. He feels the bloodshed in the financial markets will further dampen homebuyers’ sentiments for investing in cost-intensive real estate.  As such, the wait-and-watch scenario will get ext­e­nded, affecting housing sales in the coming quarter.

Indeed, such a cautious sentiment may even extend the slowdown period in the real estate sector, which witnessed a sharp fall in demand post the global financial crisis in 2008. India’s demonetisationin November 2016 did further harm.

The raft of problems plaguing the ord­inary buyer of property is exemplified by say, Mr X, a former ICICI emp­loyee who bought a house in 2015 in Gardenia Aims Glory in Sector 46, Noida. “The developer gave us an alibi that due to some government intricacies, registration process would take time but will happen within a year. Four years later there is no sign of that,” says Mr X, who doesn’t wish to be identified. His second property at Neemrana, bought for Rs 25.5 lakh in 2012 has depreciated in value, and is worth Rs 18 lakh. Similarly, the Noida property which he got for Rs 48 lakh is now worth Rs 38 lakh. Though Mr X would like to relocate to Gurgaon, he is unable to do so, given the low market rates of his properties. While everybody is saying it’s a buyers’ market (where buyers determine prices), for people stuck in a limbo like Mr X it is neither a buyers’ nor a sellers’ market. The year 2020 started with a hope that things would look up. COVID-19 is likely to delay the good news.

However, Jaxay Shah, chairman, CREDAI National, is optimistic that the current slowdown will not have additional repercussions on the realty sector as it deals with tangible assets. “Real estate remains the safest investment option in spite of odds. It will see slower global production cycle due to ‘supply chain issues’ which may lead to delayed deliveries of critical components especially Chinese, Southeast Asian and European components,” says Shah.

Despite a supply side impact, non-lending by banks and unfinished projects, the government has continued to emphasise infrastructure development andincentivised affordable housing and initiatives which have been supporting Real Estate Investment Trusts (REITs), co-living and student housing in India, points out Anshuman Magazine, chairman and CEO, India, Southeast Asia, Middle-East, Africa, CBRE.

Farshid Cooper, MD, Spenta Corporation, is hopeful that the industry will witness an upward trend in the next six to eight months. A large amount of foreign capital is also seen to be chasing commercial assets as they continue to yield 8-10 per cent ret­urns annually.

Currently, the tourism and the hospitality sector have borne the brunt of the global pandemic—cancellation of visas for foreigners as well as strong travel advisories issued by many countries, including India, has hit it hard. Reports abound of weddings and conferences being postponed, leading to cancellation of bookings at venues and hotels. Luxury hotels, in particular, are reeling under the blow. With many states closing borders to keep away even domestic tourists just ahead of the holiday season, things look bad.

Many project developers are, however, optimistic that real estate may not face any significant long-term imp­act “as confusion and fear is likely to reduce by June 2020”. Shah, moreover, is banking on a government stimulus package if the COVID-19 threat continues in the form of lower investment and debt cycle to help developers get cheaper loans for construction. “RBI is likely to revise the monetary policy in line with global trends to allay fear of massive recession. This may also help in lowering interest rates for home loans to a record low,” he says.

Hakim Lakdawala of Goodwill Developers, expects the real est­ate sector to be booming in the coming financial year thanks to ref­orm initiatives, including RERA (Real Estate Regulatory Authority), GST, REIT, Benami Transaction Amen-dment Act and Pradhan Mantri Awas Yojana. “The new tax regime and extension of the date to sanction housing loans by a year introduced during the Union Budget for the FY20 will ensure surplus funds in the hands of potential home-buyers, acting as a positive tool in recuperating consumer confidence and prompt investments,” Lakdawala states.

With banks beginning to reduce lending rates, more people are exp­ected to take advantage of the incentives to buy residential property as the lower EMIs would almost match their current rents. Knight Frank in a report states that housing prices either rem­ained flat or fell during 2019, and 61 per cent of the project launches were under the affordable housing segment.

Saurabh Garg, chief business officer of nobroker.com, points out that as buying is impacted when economy goes up or down “there might be a short-term imp­act due to COVID-19 but overall we are still positive and feel 2020 should be a good year. Interest rates have come down and builders may also offer better deals”. Based on the queries on his portal, Garg states that around 64 per cent people living on rent are interested in buying properties in 2020.

Magazine shares this hope. Real est­ate investments are expected to rem­ain stable in 2020, he says, pointing out that PE funds, foreign developers, sovereign funds, etc. are taking an act­ive interest in these assets. The only catch is the lack of built-up and leased office, retail/logistics assets, which is expected to push buyers towards alternate segments/greenfield options.

Opinion | Not COVID-19, Racism Is A Virus That Knows No Cure And India Is A Hotspot