Business Group Farming Is The Way Forward For Indian Croppers 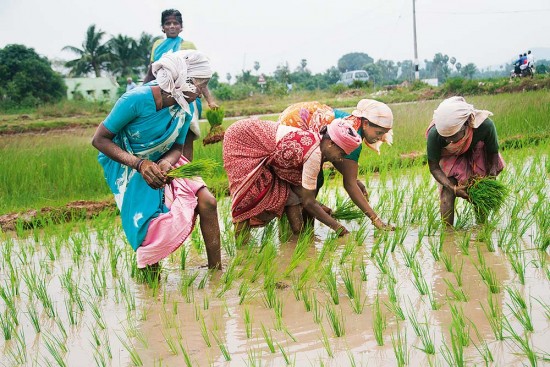 Indian agriculture faces a crisis of sustainability and economic viability despite its positive growth rate during the current pandemic. Most farms are small and fragmented: 86 per cent of farmers cultivate two hectares or less. Most have little access to formal credit, irrigation, new technology and remunerative prices. They face the vagaries of climate change. And a large percentage of them are women, as more men migrate to cities.

Growing evidence suggests that group farming can provide an answer. Small farmers can pool their land, labour and capital, as well as share costs and benefits, to cultivate crops jointly. Indeed, group and joint farming can prove to be transformative for small farmers. By voluntarily pooling land and other resources, they can enjoy economies of scale, increase their investible funds, reduce labour and input costs, invest in innovative technologies and ecological practices, and enhance their bargaining power in the markets. Women farmers may overcome restrictive social norms, and gain managerial skills and independent identities.

People often argue that we tried cooperative farming in the 1960s and failed. Why will we succeed now? The answer lies in the different model of group farming that has emerged over the past few decades. When India became independent, cooperatives were widely supported as part of agrarian reforms. In 1946, influenced especially by Chinese experiments, the Cooperative Planning Committee recommended joint cultivation, in addition to service cooperatives for credit and inputs. However, efforts to bring together large and small farmers in a single cooperative for cultivation, especially given their potential conflict of interest, was a recipe for failure.

Although forming collectives was ostensibly voluntary, in practice there was considerable state pressure. Moreover, significant political leaders with rural constituencies resisted joint cultivation. Hence, while India promoted cooperative farming up to the Third Five Year Plan (1961-66), there was little further ­progress. Only marketing and credit cooperatives continued to grow.

We must distinguish between levels of cooperation. At the lowest level is ‘single-­purpose cooperation’, such as joint marketing of the produce (Amul is an example), or collectively buying large equipment. Next can be ‘medium-level ­multi-purpose ­cooperation’, such as joint crop planning across ecological zones or the creation of combined rainwater harvesting systems. Cultivation remains at the individual level in these cases. In contrast, group farming requires, what I call, ‘fully-integrated cooperation’, with farmers pooling land, labour and other resources to cultivate together. This can bring the most economic benefits.

We must distinguish between group farms and farmers’ producers organisations (FPOs). FPOs do joint output marketing or bulk input purchases. They rarely undertake joint cultivation on pooled land. And many of the 6,000 FPOs exist only in name (and on paper). They cannot help small farmers overcome the production problems. 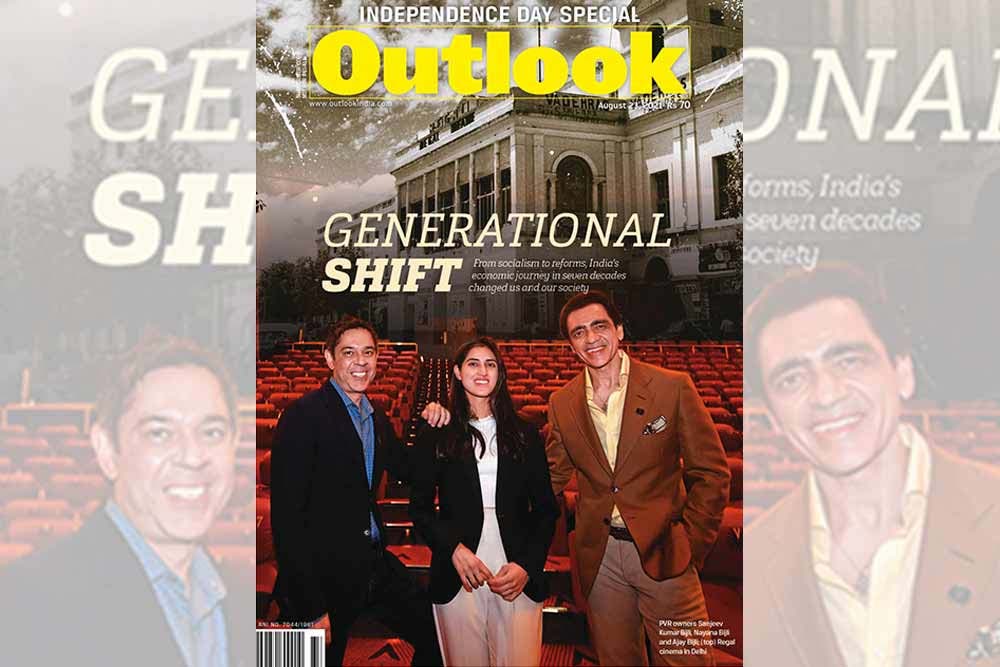 Unlike the 1960s, India today has significant experience in promoting collective institutions, the most important being self-help groups (SHGs). These comprise 10–20 self-selected members of similar socio-economic backgrounds, who pool their savings and rotate lending among themselves. In the 2000s, under the State Poverty Eradication Mission, Kudumbasharee, Kerala adapted the SHG model to promote neighbourhood groups for savings and credit. The members can also form joint enterprises. This provided the basis for launching a major programme of all-women group farming. Here, women from poor families, but heterogeneous across caste and religion, lease land in groups of 4-10 to cultivate together. The state provides start-up grants and technical training. The SHGs get subsidised credit through NABARD’s Joint Liability Group scheme. They are also connected via independently registered panchayat-level community development societies. Today, Kerala has over 68,000 group farms, involving some 300,000 women.

Based on my primary survey, I economically compared a sample of group farms with family ones (95 per cent of which are managed by males). I found that women’s group farms performed dramatically better. Their average ­annual value of output was 1.8 times greater, and average annual net ­returns (calculated by subtracting all paid-out costs from the annual value of output) were five times higher per farm and 1.7 times higher per hectare. They did especially well in bananas, entering into contracts in niche markets. As a group, women can deliver better on ­contracts than individual male and female farmers.

By pooling land and other resources, small farmers can reduce labour and input costs, and enhance their bargaining power in the markets.

Beyond Kerala, there are several smaller experiments in group farming, as in Telangana, Bihar, north Bengal and Gujarat, which are promoted variously by ­international organisations and NGOs. In Telangana, for example, some 500 group farms were formed in 2021 in a programme supported by the UNDP and the central government, and implemented by a quasi-NGO, The Andhra Pradesh Mahila Samatha Society. Here too, the all-women groups jointly cultivated leased land, but the groups were large (22 members on average), comprising mostly scheduled caste women, and the initial financial and administrative support ceased after five years when the programme ended. Many groups survived, ­however, with NGO support, having gained skills and social empowerment.

My survey showed that Telangana’s group farms performed less well than individual farms in their average annual output, but were broadly on par in annual net ret­urns per farm as they saved especially on hired labour. Their main disadvantages lay in lack of state support once the UNDP project ended, large group size, and predominance of poor SC women to whom the privileged-caste landowners were less willing to lease land.  In Bihar and north Bengal, group farming was launched in 2015 by the International Water Management Institute in collaboration with local NGOs. Exciting new models have emerged with varying gender composition: all-woman, mixed-gender and all-male groups. Some groups cultivate tog­ether for the whole year, and others for a season.

Most importantly, group farms displayed more economic resilience and food security than family farms during the Covid-induced national lockdowns. In Kerala, 87 per cent of the 30,000 all-women group farms cultivating in March 2020 survived economically, selling their produce locally or to community kitchens. Many individual male farmers suffered losses due to labour and sale bottlenecks. In Bihar and Gujarat, the groups reported being more food secure than if they had farmed individually and depended on the public distribution system.

The fact that group farming can work in varied contexts demonstrates that the basic model is replicable. Group farming is common in Europe, especially France. In India, many of the several million SHGs—90 per cent are constituted of women—can be supported to farm together. Existing models provide lessons for replication: for example, farmers will need technical support and financial ­incentives from the government, at least initially, and a local NGO to guide them as they gain experience in group functioning.

Groups should be small (6-10 members), with some social heterogeneity of caste and religion to expand their social capital base, and connect in a federated structure like Kerala’s community development societies. The cropping pattern should follow agro-ecological principles and market demand. And although FPOs are not group farms, clusters of group farms can register as FPOs for input ­purchase and output sales.

(This appeared in the print edition as "United We Farm")