Home  »  Magazine  »  Business  » News / Economy »  From Onions To Auto And Housing, Why Indian Economy Is Full Of Bizarre Contradictions

From Onions To Auto And Housing, Why Indian Economy Is Full Of Bizarre Contradictions 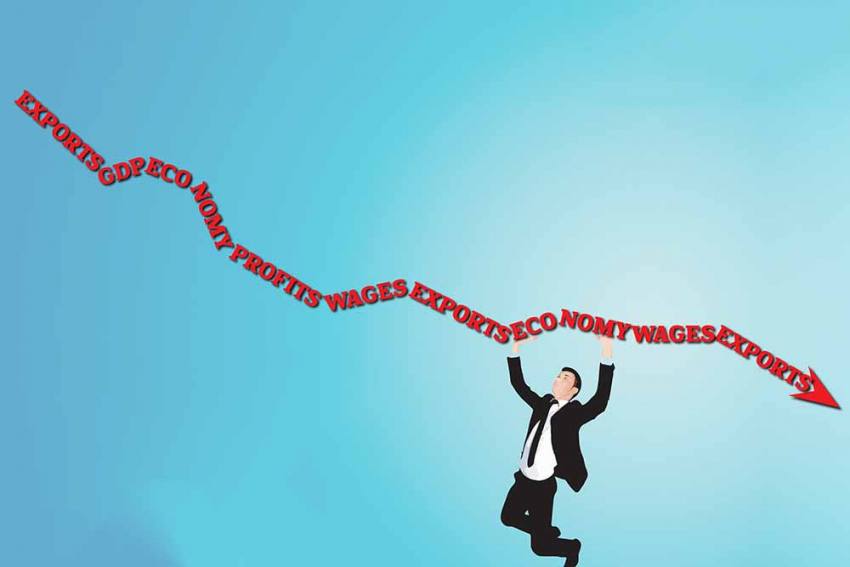 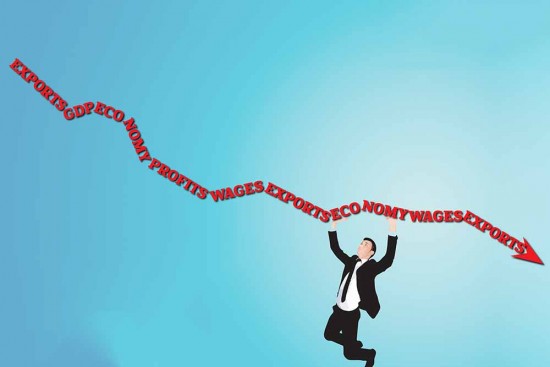 The Indian economy is in the clutches of bizarre paradoxes. It’s not a case of a glass that’s half-full or half-empty. It is an inexplicable scenario where the glass sometimes seems empty, other times full, and sometimes half-empty or half-full. It depends on the specifics that you glean and analyse. However, people—from the rural farmer to the urban middle class—and decision-influencers—from policymakers to economists—are bewildered.

For every element of bad news, there seems to be corresponding good news. For every argument, there seems to be a cogent counter-argument. Even as critics flay the government over the state of the economy, Union ministers slay the censures. The economic ball is consistently kicked and re-kicked from one half to the other. The people, meanwhile, are simultaneously angry, frustrated, elated, depressed and happy with the unruly game.

Consider the following examples to get a feel of what’s happening around us:

However, officials contend that the economy is not in recession and the RBI talks of “green shoots” of recovery in specific sectors.

Twice this year, milk prices went up. Mother Diary and Amul, two of the largest producers blame high fodder prices and late monsoons as well as excessive rain in some regions for this situation. This baffled hapless consumers (both urban and rural), but brought cheer to some distressed farmer-producers who own milch cows. A similar contradiction was evident in the cases of vegetables such as cauliflower, cabbage, carrot and pulses.

According to R.S. Sodhi, MD, Amul, the largest producer of dairy products, “The hikes will help farmers, whose costs are up, and they will earn some profits.” Adds Raju Shetti, a former MP, “The short supplies due to damage because of rain led to huge hikes of a few horticulture crops. This helped farmers to recoup their losses.” But this wasn’t true of onions, as prices shot up by five to ten times. The reason: farmers did not have any stocks, and middlemen and speculators made hay as consumers wrung their hands in despair.

Only six of the Sensex’s 30 stocks accounted for 50 per cent of the jump. Almost half the stocks were actually down.

In the case of onion, growers hurtled from one crisis to another. Earlier this year, farmers got Rs 1.20 a kg; to clear stocks, some paid wholesale buyers, as the cost to transport the produce was higher than the onion prices. Then, prices shot up, but producers had nothing to sell. Only big players, incl­uding traders who could store the previous crop, benefitted. Shetti claims that the cycle will repeat again—current onion imports will create a surplus and slump in prices when farmers’ fresh stocks arr­ive in the mandi in the near future.

Food inflation, which went up by over three times—from 2.99 per cent to double digits—in the past five months, impacted both rural and urban consumers. This is because, as Madan Sabnavis, chief economist, CARE Ratings, puts it, “onion and pulses are basic staples for vegetarians, just like eggs and meat are for non-vegetarians”. Every household, which includes growers, complains of the hit on their monthly budget.

But shouldn’t buyers be excited about the huge discounts in sectors such as real estate, automobile, and consumer goods? For example, prices of property in Tier-II and Tier-III cities are down by 50 per cent in the past few years. The crisis is deeper due to the cash crunch among the non-banking financial companies and “shadow banks” that are huge lenders to real est­ate developers and property buyers. After being saddled with huge inventories, and production cuts, for months, car sales inched up by one per cent in November 2019.

In fact, although overall inflation is higher than RBI estimates, the figure, minus food items and fuel, is down, the lowest since 2012. This implies that prices of most products either grew at a slower pace, or came with discounts. However, this did not benefit consumers, or infused optimism in them. The reason: fall in real wages due to overall inflation, job losses and unemployment (highest in four decades), and a desire to postpone purchases.

Since households had to buy onion, cauliflower, fruits, and garlic at higher prices, they tried to hold back on other purchases like cars and houses. As Probir Sen, India’s former chief statistician, explains, this proved to be a triple whammy—inflation is high, real wages are low and incomes haven’t grown. The Confederation of All India Traders admits that one of the major reasons for the decline in sales of some products is the cash crunch faced by consumers.

Rural spends in July 2017-June 2018 was down by 8.8 per cent, compared with the same period in 2011-12, acco­rding to draft and unreleased NSO (National Statistical Office) data. Urban expenditure was up by 2 per cent, but per capita monthly spend dec­reased by 3.7 per cent during the same years, the first time it fell since 1971-72. The decline was steep in areas such as food, education and clothing; consumption of pulses, the main protein ingredient for vegetarians, plunged by 20 per cent.

GDP growth has propelled downwards for the past two-three years. Latest NSO data showed that factory output contracted by 3.8 per cent in October 2019, just lower than the negative 4.3 per cent in the previous month. It was the third consecutive month of decline. Compare this to the 4.9 per cent growth in July 2019 and 8.4 per cent expansion in October 2018. In October 2019, 18 of the 23 industry groups showed negative growths; the worst affected sectors were electricity generation, mining and capital goods.

However, on December 5, 2019, the RBI talked about “several positive dev­elopments, which could turn out to be green shoots, depending on how they evolve”. It pointed towards optimistic sentiments, as reflected in the higher Purchasing Managers’ Index (PMI) for manufacturing, which was “driven by an increase in new orders and output”, and a similar index for services, “which had remained in contraction in October (2019)”, but “moved into exp­ansion zone…in November (2019) on a pick-up in new business”.

This theory, or hopeful expectation, does not explain the decline in exports. According to FIEO president Sharad Kumar Saraf, both domestic and global factors are responsible. Prolonged trade tensions and protectionism, along with problems across global economies, added to the woes. In addition, only 13 of the 30 major product groups were in positive territory in November 2019. These included electronics, engineering, and pharmaceuticals.

Let us examine the state in several sectors to analyse the nature of these green shoots. For example, footfalls in physical brick-and-mortar retail dropped by 60 per cent this year, compared to 2018. However, e-commerce and e-retail zoomed. In October 2019 (Diwali season), according to market experts, e-giants like Amazon and Flipkart recorded deals worth $4.3 billion, which was higher than sales in physical retail outlets.

Similarly, the slowdown in real estate benefitted segments like warehousing and supply-chain (logistics). By 2022, it is estimated that India will have warehousing space of 344 million sq ft, twice the current capacity, and triple the one in 2015. It will be a boon for corporate players in logistics, who can reduce transport costs and boost profits. The segment may generate three million jobs by 2022, of which 1,20,000 may come from warehousing.

In the case of infrastructure, explains Shashikant Hegde, CEO and director, Projects Today, “Fresh investment picked up where spending by state government agencies inc­rea­sed.” According to Jagannarayan Padmanabhan, director, CRISIL Rating, “There are numbers of secondary market (mergers and acquisitions) in the infrastructure space. But Gre­enfield projects are on a slow burner. From a developer’s risk perspective, appetite is low, and I don’t exp­ect any great revival for six months.”

An analysis by a business magazine in October 2019 proved that corporate results were in turmoil. In the July-September quarter of 2019, the combined revenues of 430 companies, which accounted for nearly 65 per cent of the market capitalisation of the NSE, were down by 3 per cent. This was the first time it had happened in the past 14 quarters. Even profits were depressed, if certain sectors like airline, retail, and telecom were kept out of the calculations.

However, in less than three months, ever since Union finance minister Nirmala Sitharaman announced huge cuts in corporate tax rates, the Sensex, the index for top stocks on the Bombay Stock Exchange, shot up. It dizzied from 36,100 on September 19, to 41,350 points on December 17, a jump of 14.5 per cent. In fact, on September 20, when the rates were slashed, the Sensex witnessed the biggest intra-day gain, and closed almost 2,000 points higher.

What explains this divergence? Market pundits explain that stock indices tend to look forward, rather than in the past or present. Stock prices reflect future earnings, and are based on expectations. The Sensex’s new highs imply that investors feel the economy will perk up over the next six months, and corporate results will improve dramatically. This is why foreign investors pumped in huge amounts in the Indian bourses in September and October this year.

If this was true, the increase in stock prices had to be secular, i.e. across the board. This isn’t so. Only half-a-dozen of its 30 stocks accounted for more than 50 per cent of the increase. Although the Sensex went up, indices for mid-cap and small-cap firms, i.e. mid-size and small-size companies, declined. Indeed, almost half of the stocks that comprise the index were down. The combined market capitalisation of all the stocks listed on the BSE is the lowest in the past one decade, states one study.

Clearly, the Indian economy is in chaos and confusion. Most sections are in uproar, either because of high prices, weak consumer demand, low consumer spend and overall economic distress. Along with this, there are a few signs of hope, and optimistic contradictions, which can only be explained in a nuanced manner. Even as critics and the government grapple with their versions of the truth, the economy chugs along amidst derailment fears.

In conclusion, the way either side explains the state of the economy is revealing. The government says that the problems are “cyclical”, and they can be easily addressed by policy interventions and patience. The critics, including former Union finance minister P. Chidambaram, dub it as “structural”—it needs several deep dives and major reforms to fix. There are no quick-fix solutions.

Bad News: Food inflation is up three times, in double digits, in past 5 months; prices of onion, garlic and some vegetables are on fire

Good News: Core inflation, minus food and fuel, is down; huge discounts and freebies in sectors like auto and housing

Good News: Gains to farmers because of high prices of food and dairy products; two hikes in milk this year benefitted cattle owners in rural areas

Bad News: Rural spend is down by 8.8% between 2012 and 2018; most of the cuts in food, education, and clothing; urban per capita spend reduced

Good News: Sensex has boomed since September 2019, and crossed the 40,000 mark; huge net inflows from foreign investors in Indian stocks

Bad News: Overall revenues of listed companies down in July-September period this year, so is the case with profits of most firms

Bad News: GDP down to 4.5%, factory output in the negative for three months in a row; state of core sector in complete disarray