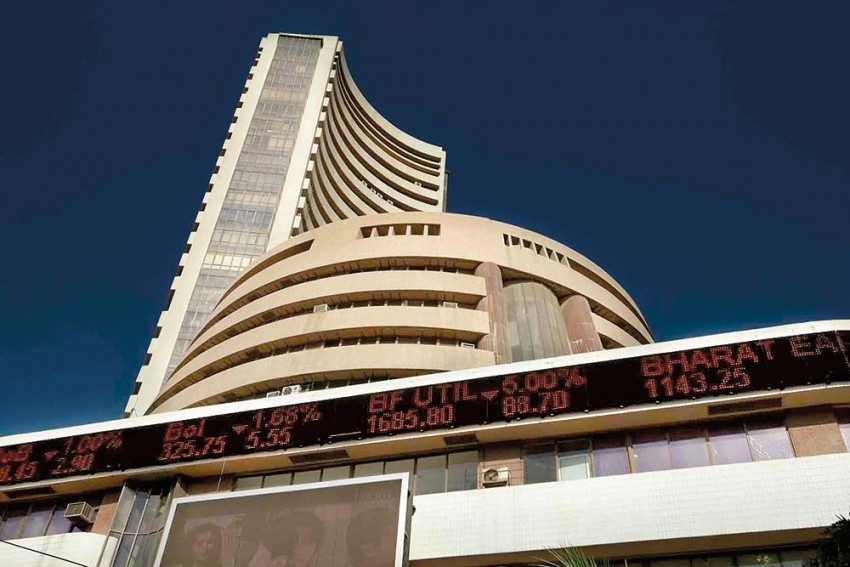 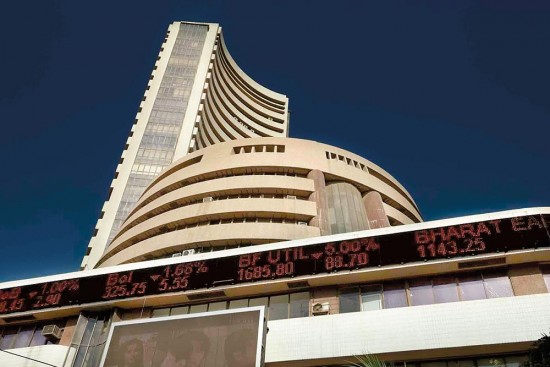 Volatility seen on the stock market in the wake of rec­ent India-­Pakistan clashes may be waning due to hopes that the cross-border hostilities are easing or may well be contained. Though the second day of trading in March showed 2-3 per cent gains in some midcap and smallcap stocks, there are few expectations of a rally, which may happen only post elections, say market observers. Market data shows the BSE Sensex has dipped around 8 per cent from the peak of 38,989.65 on August 29 last year.

In February, the S&P BSE Sensex dec­lined 1 per cent due to the impact of corporate results and the escalating tensions on the Line of Control in Jammu and Kashmir, according to S&P Dow Jones Indices Ltd. Both the S&P BSE MidCap and S&P BSE SmallCap indices declined by more than 1.5 per cent over the month, according to data from BSE’s India Index Dashboard, which also states that the S&P BSE India 10-year sovereign bond index dropped 0.2 per cent with elections on the horizon.

“India was the best performing market last year, but it has been the worst performing among the emerging markets so far this year,” says Avendus Capital Alternate Strategies CEO Andrew Holland. “Scams and NBFCs were contributing factors, but not the real reason. The accommodative stance of the US Fed and the removal of trade risks with the US and China expected to reach a deal on trade tariffs are helping emerging markets, as they are cheaper, while India is seen more as a domestic market.” 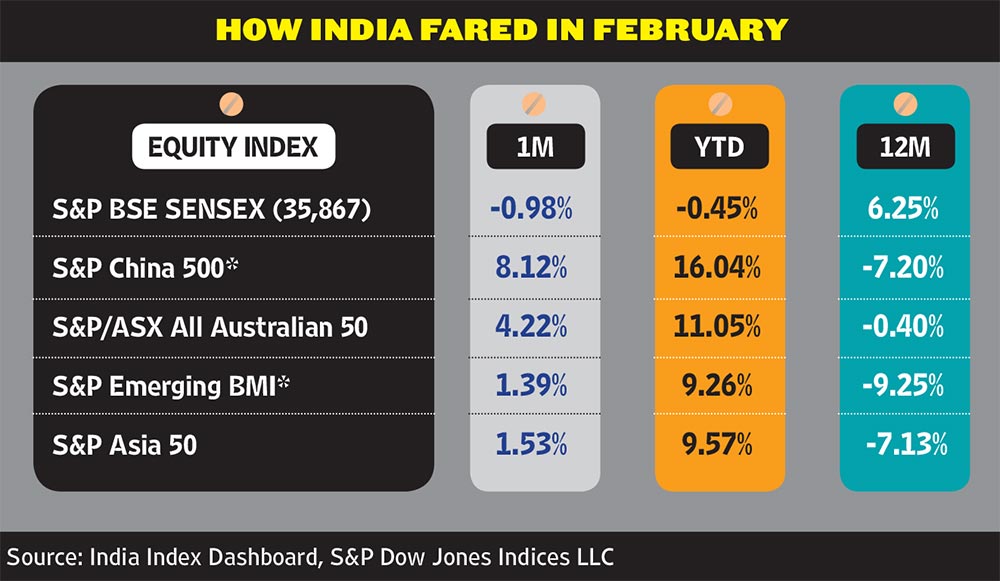 Besides opening up trade opportunities, the changing global scenario is already benefiting stock markets in several emerging markets, but not in India. Last month, Indian equities offered a sharp contrast to the strong performance from global equities and Asian markets, which were given a leg up by US-China trade optimism. That other emerging markets have done better than India is a matter of concern, according to First Global chief global strategist Shankar Sharma. “Basi­cally, the corporate numbers have been terrible. They have not recovered in the last four to five years. Ultimately, the stock market runs on corporate numbers, the final deciding factor. There has been no improvement in corporate earnings growth as we are growing between 0-5 per cent for the fifth year in a row. In many cases, there has been flat growth. Expec­tations of a revival in the capex cycle and capacity-creation by corporates have not materialised,” says Sharma.

While the wheels of the economy are surely turning, it is not good enough to drive markets substantially. Lots of scams have also come out, axing away market confidence in the numbers given out by companies, say market experts.

According to mymoneymantra.com MD Raj Khosla, while border tension has an impact on investor sentiment, which is relevant in the short- and medium-term, it does not have as big an impact on the fundamentals, which is what long-term investors in equity should be concerned with. The underlying factors then are domestic issues. “There is as yet no dampener related to India-Pakistan relations. The joker in the pack is the macro economics of the country,” says Khosla.

Recent macro-economic data is not very encouraging. GDP growth slipped to 6.6 per cent in the third quarter. This is the lowest in the past six quarters. “Basing on the second advance estimate of 7 per cent in 2018-19, an SBI report says GDP growth in Q4 is further expected to ease to 6.5 per cent,” he adds. “The big worry is that the government has already overshot the fiscal deficit targeted in the 2018 budget. At the end of January 2019, the fiscal deficit had touched 121.5 per cent of the full-year target of Rs 6.34 lakh crore. With two more months to go, the government is loosening its purse-strings in the run-up to the general elections, and things do not look pretty on this front.”

Over the past several months, many scams, included repeated failure of insti­tutions like IL&FS and Dewan Housing Fin­ance Corporation Ltd, have raised disquiet in the minds of market players and participants. Shockingly, the market regulator and rating agencies failed to detect symptoms of this failure.

Another factor affecting market sentiment is the failure of the system on pledge of shares, which have blasted like a time bomb. It kills the wealth of investors as the pledged shares were allowed to be carried outside the market platform. Another threat is in derivative trading, which has started ringing alarm bells with hyper trading activity.

Against Rs 16,000-crore average daily cash market volume, the derivative market on a given day would reach Rs 8-16 lakh crore. On an average, the derivative market volume would be 30 times the cash market, making India the world’s most speculative market. “It can act as a weapon of mass destruction. The worst part is that the systems are failing, and the sooner it is corrected, the better it would be,” says KRChoksey Inv­estment Managers Pri­v­ate Ltd MD Deven Cho­ksey, who has sent the government and the regulators a 15-point recommendation on how to revive market investor sentiment.

Sharma points out that the past three to four years have been good, so people have got used to seeing the market behaving in that way. “As things stand, a dose of realism is not a bad thing. People should accept some slide as we cannot have Diwali the year round,” he adds.

For yet another rally, much will have to change on the home and global front. The increasing number of scams and bankruptcies with delay in resolution are not helping matters. As the BSE rep­orts, despite the government’s ann­ouncement on February 21 of a $7 billion injection to state-owned banks, the bel­eaguered S&P BSE Finance continued to underperform and closed the month with a decline of 1.6 per cent.