Double Standards? If Governments Can, Why Can't Private Companies Slash Or Defer Salaries?

Can the government insist a business owner to dig into his personal savings and sell private property to ensure the employees are paid, asks attorney Gunjan Paharia 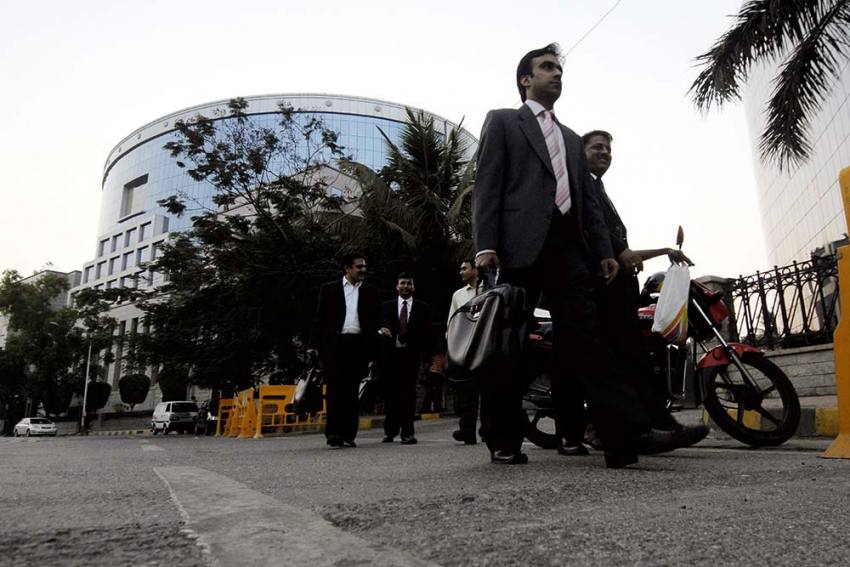 As production is down to zero and employees are staying home, many companies are looking with concern at the biggest fixed cost in such an environment—the workforce
Gunjan Paharia April 17, 2020 00:00 IST Double Standards? If Governments Can, Why Can't Private Companies Slash Or Defer Salaries? 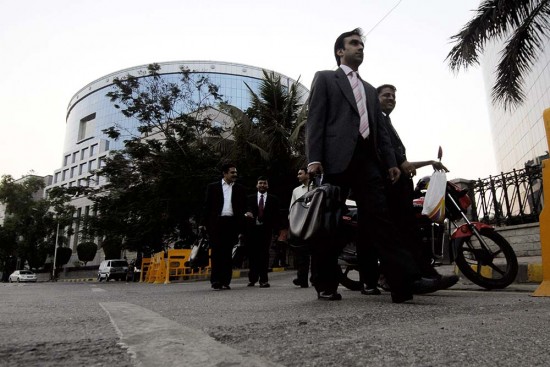 The country is currently dealing with not only the COVID-19 pandemic, but also a lot of collateral damage caused by the virus that is now threatening to go out of control. The worldwide economic slowdown is now threatening the livelihood of millions across the globe, including people in India.

For most companies, the second quarter of this year has been wiped out. They are not only dealing with loss of revenue due to the lockdown, but also the impact of all the major economies slowing down. This is impacting bottomlines, translating into lower production, workforce layoffs, lower profits and thereby lower taxes. With production down to zero, employees locked down in their homes and no sales, most micro, small and medium enterprises (MSMEs) are looking with concern at the biggest fixed cost in such an environment—the workforce.

The government’s relief package of Rs 1.70 lakh crore was an urgent response for the survival of millions, but not a solution to sustain the economy or ensure a quick bounce back after the COVID-19 crisis is over. The ministry of home affairs has made it mandatory for employers to pay salaries during the lockdown period, regardless of whether an employee is required to stay in quarantine or comply with a stay-at-home notice. The MHA has also directed that all employers—in industry, shops and commercial establishments—shall pay wages on due date, without any deduction, for the period their establishments are under closure during the lockdown. This prohibits any deduction or delay in payment of salaries to any employee on account of working from home or leave due to lockdown. The government has invoked the Disaster Management Act, under which this is now a binding law, irrespective of what other laws may say. Any violation of the order would invite punishment, including imprisonment and/or a fine.

If governments can slash pay of employees, why cannot businesses do so without contravening the law?

The reason for widespread panic and discontent among businesses, especially MSMEs, is that the government is being insensitive to their business exigencies, having failed to understand the basic nature of how they work—on low margins and short-term circulation of money, without the massive reserves some large-scale industries may have. On a scenario-based business model, the government needs to consider the following.

Scenario 1: Imagine a business owner has Rs 1 crore in the bank and the monthly overhead, including salaries, is Rs 30 lakh. The owner expects no revenue stream for three months and cannot be sure the business will pick up post-lockdown, given the global recession. Should he be saving this Rs 1 crore to tide him over the next 12-18 months of recession or pay his employees for three months and wonder how he would feed his family should the business not pick up?

Scenario 2: In the previous scenario, suppose the owner needs Rs 50 lakh to buy raw material and restart the business after the lockdown, should he save this money to ensure business continuity or pay his employees now and ensure the business does not start again?

Scenario 3: A company has been struggling for three months with losses and COVID-19 was the last straw that broke the proverbial camel’s back. The business now needs to be shut down. How does the government expect the owner to generate cash to pay the employees for three months in an already loss-making business?

Scenario 4: There is global recession, business intelligence says demand for a particular product will be low for the next 6-12 months, the owner realises he has to cut down on production, and hence the workforce, for the business to continue making sense. Can he not fire his employees in view of the unfortunate developments? 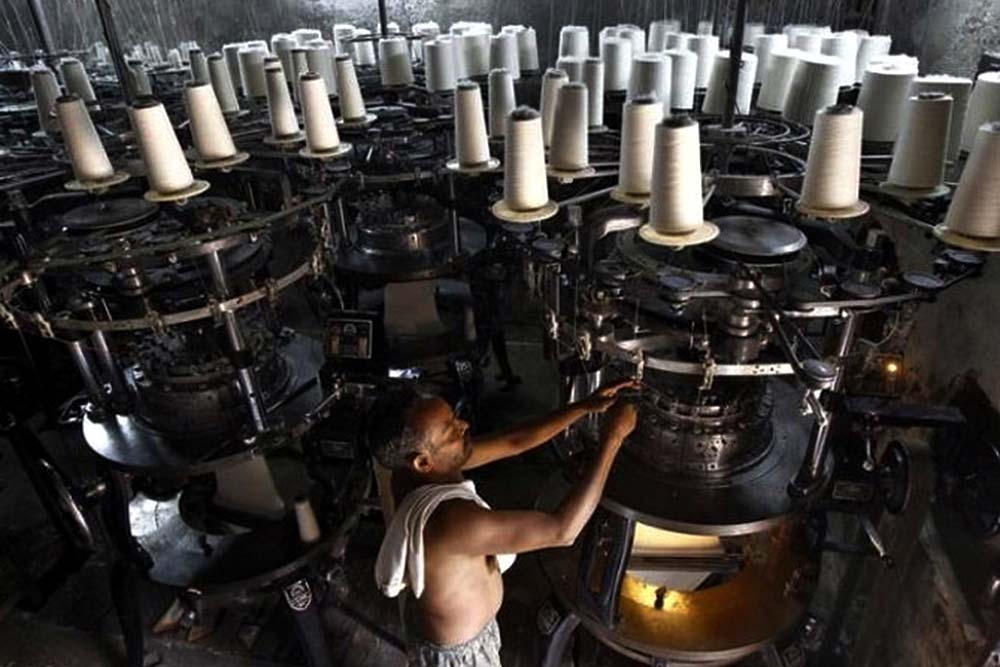 Various state governments have announced measures like slashing salaries of government employees. Andhra Pradesh and Telangana have announced pay cuts, Maharashtra is paying salaries in instalments, Odisha has deferred salaries. If public sector and government organisations can take decisions in contravention of the law, why shouldn’t private companies be allowed to do so? Why should companies not be allowed to temporarily change or suspend some of the terms of their employment contracts, given the crisis?

A business that isn’t doing well would rather save on its wage bill, than hold back EMIs to pay extra interest later.

While paying employees is every employer’s moral duty and the government’s advisories are examples of a noble idea, but enforcing them legally means it is a crime to be a business owner, pay taxes and contribute to the country’s development. Hopefully, that is not the message meant to be sent. The government should also bear in mind that, with a vaccine still 12-18 months away from mass production, people will reimagine their lifestyles after the COVID-19 crisis. It cannot be guaranteed that they will feel comfortable enough to go back to the life they knew. Markets, malls, restaurants, cinema halls etc may not see the same footfall that used to be. Some businesses may be doomed permanently.

As this situation is not unique to India and is faced by every country, it is fairly educational to see the different models. The United States has not prohibited its businesses from laying off people, but have offered a two-pronged approach—businesses can apply for a loan to meet their overheads (including rents, salaries, utilities) and the loan will be written off if the business continues to employ the workforce after six months. While it sounds good, not many businesses in the US are opting for this due to red tape and a general sense of pessimism regarding bouncing back fully. India has also allowed a three-month moratorium on EMIs relating to business loans, but it’s not certain how many businesses will be positively impacted. They are only saying that you don’t have to pay now, but you have to at some point—and if the business is not doing well, businesses would rather save on salaries of their employees rather than save money now only to pay an extra interest three months later.

The second thing that the US has done is increase the amount of unemployment benefit given by the federal government. For example, in the state of Michigan, the maximum unemployment benefit was around US$ 360 per week. The federal government has added US$600 (under the CARES Act) to the deal and now the benefit received is US$960 a week per person, which is actually more than what some people would make if they were working full-time. This has now disincentivised people to look for a job, causing a shortage of manpower for businesses like Amazon that are still hiring in this environment. Transposing that into the Indian scenario, an unskilled labourer who works on daily wages would typically earn Rs 500-700 per day and may be work for 20-23 days in a month and has to pay for housing, food and generally the high cost of living in a city like Delhi. By paying him Rs 5,000 every month automatically, are we disincentivising him too? The only difference is that unemployment benefit is not a right in India and the current sop is  being given only for a limited period, so they will likely come back into the workforce.

The government should give tax breaks, including in GST and income tax, besides reduced export duties and licence fees.

On the other hand, countries like Germany, the UK and Denmark in Europe have agreed to give unlimited loans to small and large businesses alike, defer tax payments, take over social security contributions, lower interest rates on loans, announce subsidies and provide businesses with ‘wage payment’ assistance—every business files taxes and the government broadly knows what their overheads are. The governments have now said they would transfer 75-80 per cent of a business’s payroll into their account every month. Now the businesses can stay afloat, while their employees know they will get 75-80 per cent of their salaries and are not filing for unemployment benefits. The employers benefit to the extent that they can ensure business continuity and retain the team they so painstakingly trained, resting assured that it would be business as usual.

This sounds like a great model that India could also follow. This will also weed out businesses that are more cash-based and have been underfiling taxes. Needless to add, it is not a one-size-fits-all kind of scenario. For example, some service-oriented businesses are still functional and may be able to generate some revenue at least, hence an 80 per cent benefit may not be required for them. This model has the benefit of making businesses accountable—the government pays one business, which may then be responsible for keeping hundreds of families off the streets and/or from lining up for government benefits.

The other idea that the government could consider is giving out tax breaks, including in GST and income tax. Industry-specific measures could also be considered—for example, government purchasing certain products for use by government employees, decrease in export duties, decrease in licence fees and so on. The underlying idea should be to increase manufacturing and employment opportunities, and ensuring business continuity.

A lot of trade bodies have made representations to the relevant ministries to legally allow them to pay lower rents, slash salaries, pay utilities’ bills only on consumption (and forego fixed charges) and so on, but the government has not announced any break so far. In response to the representations made by the various industry bodies, including export, jewellery, tobacco etc, the government has given extensions for compliance-related issues and some sort of non-monetary relief. The government seems to be giving ideas to businesses to save money, but that is not the real problem. If business owners do save money, how will the government ensure the benefit is going to the employees too? The government’s mandate should not only be that of saving money, but to ensure that owners continue to run their business. Monetary support should be provided to help businesses survive this lockdown, and thereafter the government should continue to support various industries in terms of policies, sops and the like in order to help them in what could be starting from scratch for many small and medium-sized businesses.

We are on a wait-and-watch mode as of now. The prime minister, in his address, has promised “Jaan Bhi, Jahaan Bhi” and we remain hopeful. However, time is of essence and clarity will not only help for the reasons above, but can also preempt unnecessary litigation that is bound to increase given the circumstances.