Allegations of corruption against Medical Council of India, dubious medical colleges and a massive shortfall in the supply of quality doctors are diseases with no fixes 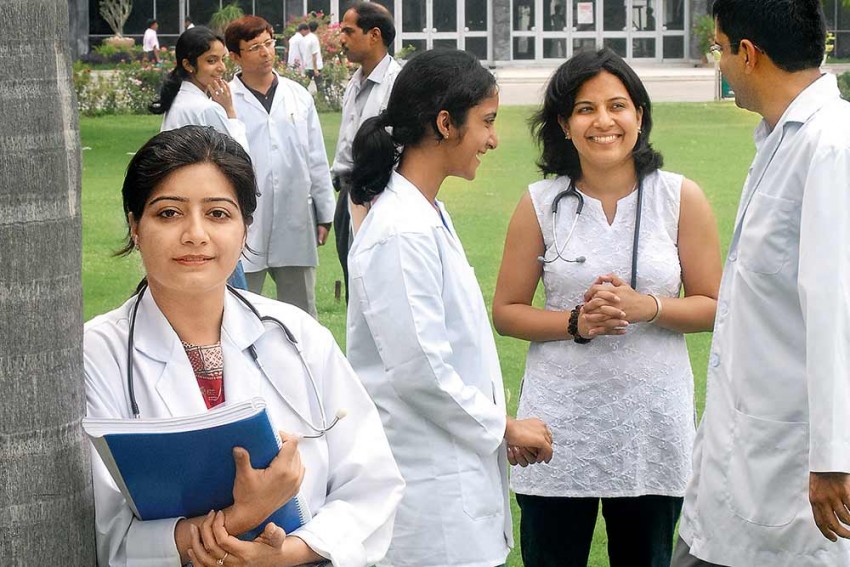 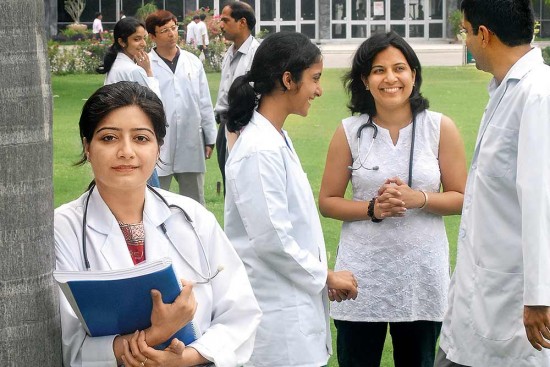 Fake faculty, pat­ients on hire and rented medical equipment are some of the dub­ious means adopted by several medical colleges across the country, aimed at duping inspectors who visit colleges to scrutinise facilities before granting or renewing permission for admissions before the start of every academic session. No college will officially admit that they resort to unfair means but, in private, officials say these have become necessary to bypass lengthy regulatory requirements to run a medical college. The end result is steadily deteriorating medical education in the country and an increasing demand for quality doctors; medical education has failed to keep pace both in terms of quality and number of medical professionals being produced every year in India.

According to the Union health and family welfare ministry, there are over one million doctors in India at present, out of which, it is believed that around eight lakh are in active practice. It means that the country has one doctor for every 1,600 people. This is way below the doctor-pop­ulation ratio of 1:1000 prescribed by the World Health Organization (WHO).

To bridge the gap, the country needs to produce about one lakh doctors every year. But the existing supply is around only 60,000. Hence, the real challenge is to open more medical colleges without compromising the quality of medical education. The escalating cost of medical education, which varies between Rs 50 lakh to Rs 90 lakh for the full course, is also a big concern.  Unfortunately, medical education has always been mired in controversy for one reason or the other, leading to falling education standards.

As recent as on May 10 this year, the Supreme Court sought response from the Central government on the petition of an association of medical practitioners, the Indian Medical Association (IMA), which has alleged that the existing regulatory mechanism of medical education, introduced on September 29, 2018, in the form of an ordinance, is illegal and unconstitutional. 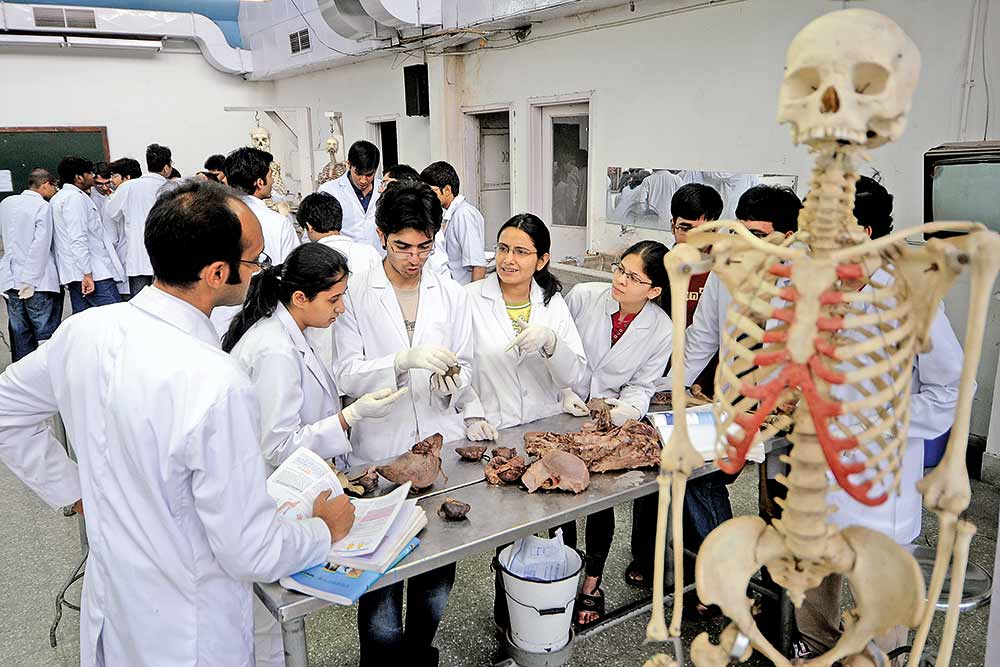 Before this ordinance, the Medical Council of India (MCI), set up under the Indian Medical Council Act, 1956, regulated medical education in terms of sending its recommendations to the health ministry for granting permission to medical colleges, maintaining standard and registering doctors among other things.

The most controversial aspect was its recommendation to the ministry to allow a medical college to run MBBS courses­—bachelor of medicine and bac­h­elor of surgery. The ministry always went with the MCI’s decision as it didn’t have any alternative mechanism to cross-check its reports on colleges.

Many colleges, which were disqualified in the process, alleged that MCI officials demanded large sums of money as bribe to grant permission. The MCI always maintained that its inspection and evaluation process was fair and only those colleges which lacked proper facility to impart medical education as per norms and failed to make it to the list, came up with baseless accusations. Amidst the allegations and counter-allegations, medical education suffered as the hostility between colleges and the regulator led to court cases.

The Modi government, which came to power for the first time in 2014, realised that an essential component for ensuring its promise of ‘health for all’ was to inc­rease the number of medical graduates in the country. Towards that end, reforms in medical education became a key element of the first Modi government.

The MCI had been mired in controversies and graft, says parliamentary panel. “The MCI, at present, isn’t accountable or transparent in its functioning.”

Meanwhile, on March 8, 2016, the 92nd report of the parliamentary standing committee on health and family welfare was placed before both Houses of Parliament with stinging criticism regarding regulation of medical education. Experts, who appeared bef­ore the committee, were of the view that the MCI had been mired in multiple controversies and corruption. What was of greater concern was, the panel said, that the MCI had failed to address the needs of the health system in the country. “The MCI, at present, is not accountable or transparent in its functioning,” it said.

The committee made crucial observations and recommendations, “The current composition of the council reflects that more than half of the members are either from corporate hospitals or in private practice. The committee is surprised to note that even doctors… (meant) to represent the state governments and the central government have been nominated from corporate private hospitals, which are not only highly commercialised and provide care at exorbitant cost, but have also been found to be violating value frameworks.”

Almost a fortnight after the report was tabled, on March 28, 2016, the Modi government appointed a three-member committee led by then NITI Aayog vice chairman Dr Arvind Panagariya to examine all aspects of the India Medical Council Act, 1956, and suggest reforms leading to imp­roved outcomes in medical education in India.

The three-member committee, in its preliminary report of August 2016, recommended a complete overhaul of the existing regulatory framework for medical education. “The committee observed conflict of interest in the functioning of the MCI. It found that regulated entities including the man­agement of medical colleges elected the regulators and this prevented the entry of skilled medical professionals into the MCI,” says a senior government official.

He adds, “Besides this, it found that MCI focu­ssed on input-based regulation where its INS­pectors carried out INS­pections in colleges and den­ied permission on the basis of availability of infrastructure. It didn’t look into teaching quality and outcomes. There were other iss­ues related to the centralisation of power allowing no segregation of responsibilities and failure to meet the contemporary challenges of medical education.”

The committee recommended that the IMC Act be replaced by a new law, the National Medical Com­mission Act (NMC) and proposed a draft bill for this purpose.   Acting on the recommendation of NITI Aayog, the Union government on December 29, 2017, introduced the National Medical Commission Bill 2017 in the Lok Sabha, which referred it to the parliamentary standing committee on January 2, 2018. The panel in its 109th report submitted on March 20, 2018, made certain amendments in the NMC bill and recommended to the government to go ahead with it. The bill is yet to be introduced in Parliament.

“A complete structural change is required in medical education. This is a must...Modi government is the hope,” says private medical college official.

Besides the NMC bill, some parallel developments, soon after the 92nd report of parliamentary standing committee on health and family welfare, also took place.  On May 10, 2016, relying upon this report, a five-member constitution bench of the Supreme Court appointed a three-member oversight committee to supervise the work of MCI, with the former Chief Justice of India, R.M. Lodha, former comptroller general of India Vinod Rai and director, ILBS, New Delhi, Dr  S.K. Sareen as members.

The committee, in its one-year tenure, granted permission to 32 new medical colleges on the basis of information placed on their website which invited sharp criticism from various quarters. “Eight of these medical colleges have alr­eady been closed. Students of these colleges fought a legal battle and ultimately state governments had to take their responsibility and shift them to other medical colleges in their states. It will seriously compromise the standards in the colleges where these students got to be shifted,” says a former office bearer of MCI.

In its yearlong tenure, the Lodha committee also submitted a 700-page report on the steps to be taken to bring reform in the medical education. However, neither the central government nor the Supreme Court took note of that. “It was unfortunate as those recommendations were realistic and would have gone a long way to reform medical education,” says the MCI official. In July 2017, the Supreme Court replaced the Lodha committee with a five-member committee of doctors led by Dr V.K. Paul, a NITI Aayog member.

In a sudden turn of events, the Union government brought an ordinance on September 26, 2018, to supersede the MCI and rep­lace it with a seven-member board of governors that would function as the council and exer­cise the powers of central government for granting permission to medical colleges for running courses. Till date, due to failure to obtain parliamentary approval to the ordinance, the government had to bring the same legislation as ordinance three times.

The powerful Indian Medical Association, an association of over 2.5 lakh private medical practitioners, challenged the ordinance in the Supreme Court. The top court has asked the government to reply to the allegation.