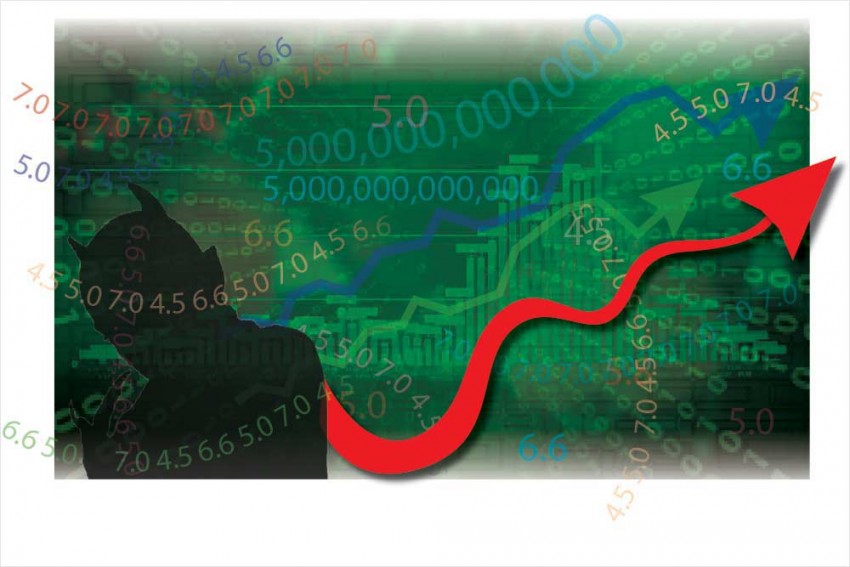 Have the Indian economy’s statistics become dubious and questionable? Has there been a general erosion of faith in the numbers the Union government puts out on the economy? Such questions have arisen in the last few years and at regular intervals whenever new sets of data on India’s economic growth or employment generation have been either released or held back and, in some cases, even junked. That these questi­ons surfaced more prominently and frequently after the Narendra Modi government was formed in 2014 has added a political dimension to this highly disturbing debate over data. The new dimension has also contributed to the construction of an overall political narrative of the Modi regime that is obsessed with controlling and guiding not just the country’s politics, but also its economic data.

This is clearly a new phase for India’s economic data and represents a near-precipitous fall from the high data standards that prevailed about seven decades ago. To be sure, the deterioration in India’s data standards began even before the formation of the Modi government. But the manner in which the new admi­nistration under Modi dealt with the release of economic data has only aggravated the situation and intensified the doubts over the government’s intentions.

In the 1940s, the Indian Statistical Institute (ISI) under the legendary leadership of Prasanta Chandra Mahalanobis had emerged as a major world-class centre of its kind. Leading lights in the world of statistics would work with scholars at ISI under the guidance and mentorship of Mahalanobis and his colleagues like C.R. Rao. They would also publish their findings in ISI’s authoritative journal—Sankhya. This tradition continued even after 1947, by when the country’s leadership had decided to inv­est significant amounts of financial resources and intellectual capital in building a sound, reliable data collection system. Not surprisingly, India’s statistical prowess as a leader among developing countries soon rec­eived global recognition. Supported by Prime Minister Nehru, who wanted his civil servants to submit to the superior understanding of scientists and economi­sts, the ISI under Mahalanobis helped set up the Central Statistics Office (CSO), which would help conduct the National Sample Survey (NSS) and the Annual Survey of Industries (ASI).

The NSS was launched in 1949, covering over 1,800 villages and 100,000 households across the country. This was probably the most ambitious household survey in the world at that time and the methods used by the NSS bec­ame the standard for similar surveys in other parts of the world. Mahalanobis, who laid the country’s statistics architecture, introduced the practice of using inter-penetrating samples to ensure the reliability of the survey res­ults. It essentially drew independent sets of samples from the same population to cross-check the findings—a practice that remains a reliable tool for survey design even today. The World Bank too uses some of the methods that Mahalanobis introduced in India’s survey methodology.

The deterioration in India’s data standards began even before the formation of the Modi government.

Economists recall a story of how the Chinese authorities were in awe of India’s ability in the field of data collection and dissemination. At a meeting in Calcutta in 1956 with Mahalanobis and his team of statisticians associated with the NSS, Chinese premier Zhou En Lai was rep­orted to have broken protocol by staying on much longer than the schedule, app­arently impressed by India’s ability to put in place a far more advanced system of surveys to collect and analyse household data on a wide range of economic activities. The Chinese government was frustrated that it had an elaborate system of collecting a host of real-time data on all types of economic activities, but so huge was the collected pile of data that it would hardly have the time and the ability to analyse it to draw necessary conclusions about the state of the Chinese economy. Zhou En Lai was keen to know the intricacies of India’s data collection system which was clearly more sop­histicated than the basic data collection reg­ime on which China had rel­ied. The Indian system was also cheaper and quicker in drawing inferences about the economy.

That was over 60 years ago. India’s march tow­ards developing a more rob­ust data system since then has been slow, even halting, developing many weaknes­ses on the way. The divergence between findings from surveys and those from estimating the actual value of economic output is a natural phenomenon. Periodic steps are necessary to strengthen the systems of surveys as also of collecting actual data on economic output to bridge the gap bet­ween the two methods. However, for the last 50 years or so, no concrete measure has been taken in India to plug the gaps bet­ween survey data and economic output numbers, captu­red as the country’s gross domestic product (GDP). Initially, the gap was small, but thanks to the negligence of successive governments in the last half-century, that gap has widened and today the NSS data (based on surveys) on economic activities could be half of what the actual economic output data is, based as it is on GDP calculation. With no corrective measures, doubts over both the NSS and the GDP numbers have only grown. In the process, India has lost its reputation for possessing a robust statistics system. 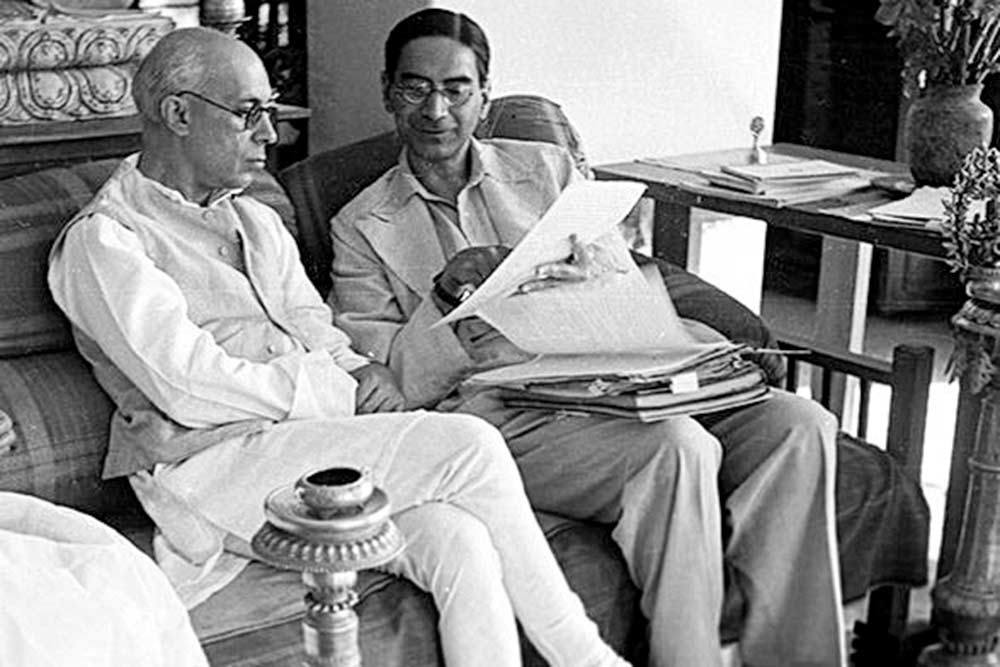 A big controversy arose over the authenticity of consumption expenditure data brought out by the 1999-2000 round of NSS. Those findings showed a significant increase in average consumption spending by Indians, which in turn meant a sharp decline in poverty levels. Critics alleged that data was being politically manipulated to show an exa­ggerated fall in poverty levels. It was argued that a change in the methodology of collecting data in the 1999-2000 survey had rendered the data incomparable to the findings of the previous rounds of NSS. Earlier, households would be asked to rep­ort all their consumption expenditure in the past 30 days. But the 1999-2000 survey adopted a mixed approach—for high-frequency consumption items, the households were to recall what they spent over the past seven days and for low-frequency consumption items, they were to recall what they spent over the past 30 days.

Experts examined the raw data and came to the conclusion that the new methodology may have overstated the actual fall in poverty levels. In 2001, a committee of experts headed by former RBI governor C. Rangarajan submitted its report recommending that the government should set up a National Statistics Commission, which would be an independent body and empowered to iron out the glitches in the country’s economic data collection system. The attempt was to free the statistical system from the clutches of the political establishment. In June 2005, the National Statistics Commission was set up, raising hopes that data problems would be quickly addressed.

However, such expectations were belied when a new GDP ser­ies, with 2011-12 as the base year, was released in 2015. Its use of corporate data, based on the returns filed by companies with the ministry of corporate affairs, became a bone of contention. This was a departure from the earlier practice of ext­rapolating from a survey on corporate results conducted by the RBI. Moreover, the corporate affairs ministry data, according to experts, contained data from fictitious and fake companies, thereby inflating the extent of corporate act­ivities. Complicating it further was the failure of the government to quickly produce the back data on GDP, based on the new ser­ies. It was in November 2018 that the back-series data was released, but that too failed to reso­lve the questions on the methodology. For instance, the use of the formal sector data to measure inf­ormal sector activities was found to be flawed. In 2019, a working paper produced by India’s former chief economic advisor, Arvind Subramanian, showed that based on data on a wide range of economic activities, the act­ual GDP growth rates would be lower by 2.5 percentage points compared to the official numbers.

Over the years India has lost the reputation of having nurtured a robust statistics system.

If the doubts cast on India’s GDP numbers were not enough, the Modi government scored an own goal by changing its version on a rep­ort that was prepared by the National Sample Survey Office (NSSO). In January, the Business Standard rep­orted that NSSO’s first periodic labour force survey showed unemployment rate in 2017-18 at a 45-year high of 6.1 per cent. The government commented that the rep­ort was only a draft and it was still under scrutiny. But the National Statistical Commission (NSC), an independent body to oversee the country’s statistical system, had approved the report in December 2018. The government’s decision to withhold the report was believed to have led to the resignation of the NSC’s acting chief, P.C. Mohannan, and one of its members, J.V. Meenakshi. The political compulsions of a government that was preparing for the general elections may have led to its denial of a report, undermining the independence of a body of experts. Not surprisingly, once elections were over and Modi returned to New Delhi for another five-year term, his government released the same PLFS rep­ort that showed an unemployment rate of 6.1 per cent for 2017-18. If doubts on the GDP numbers under a new series had arisen on account of tec­hnical flaws and political necessity to present a better picture of growth, the decis­ion to withhold the une­m­ployment report was an act of political interference to defer the publication of data that could embarrass the ruling establishment. The developments undermined people’s faith in India’s data system.

The Modi regime’s disdain for survey-based data became evident once again in November 2019, when the NSO’s household consumption expenditure report for 2017-18 was junked imm­ediately after its disturbing findings were published in Business Standard. The rep­ort had shown that consumer spending in real terms had, for the first time in four decades, fallen by 3.7 per cent bet­ween 2011-12 and 2017-18. This had seri­ous implications for the country’s poverty level, which could have risen as a consequence. The government had cited data quality iss­ues as the reason for scrapping the report and the NSC has now been asked to evaluate the survey findings.

Whatever may be the outcome of this review exercise, the inescapable conclusion from the recent data-related developments is that India as a country has undermined its once-robust statistical system and data collection methodologies. The political establishment has not ref­rained from riding roughshod over the independent offices that should oversee the system of statistics collection and dissemination. If the government wants to res­tore people’s faith in economic data that is released periodically, it must invest in building fresh cap­acity and competence to improve the data collection system, res­tore the independence of the institutions that collect data and refrain from interfering in their functioning.

Soon after winning the Nobel for economics in 2015, Angus Deaton had spoken to Hindustan Times on India’s data system: “Everyone’s data can be improved. I think it is widely recognised that the national accounts in India are relatively weak. So what I am most worried about is that growth is not as high as the accounts show. Revisions that increase growth are more readily accepted than revisions that reduce growth. So I am more worried about growth being overstated than poverty being understated. There is surely some omission in the surveys, which would mean that poverty is understated.”

Four years later, things have not got better. Indeed, they have become worse.

(The author is Editorial Director at Business Standard and a former editor.  He is the author of The Rise of Goliath: Twelve Disruptions That Changed India. Views are personal.)