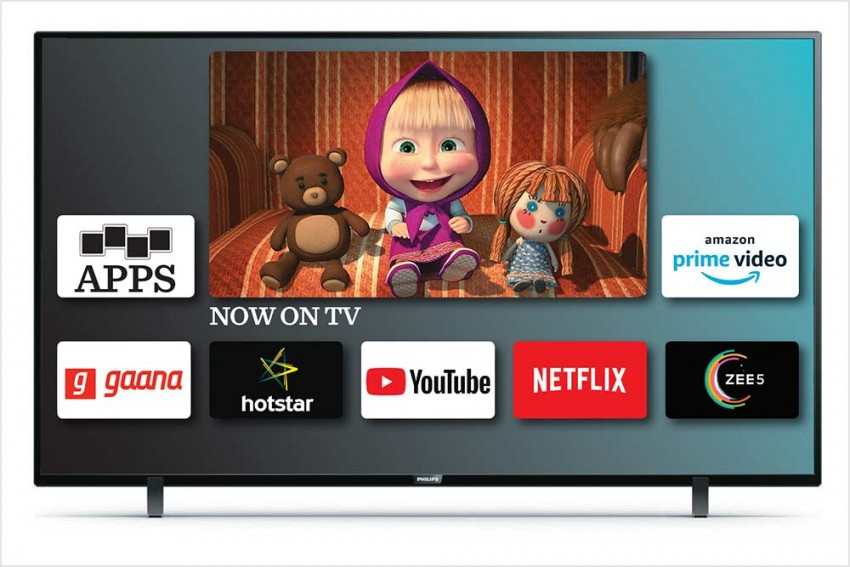 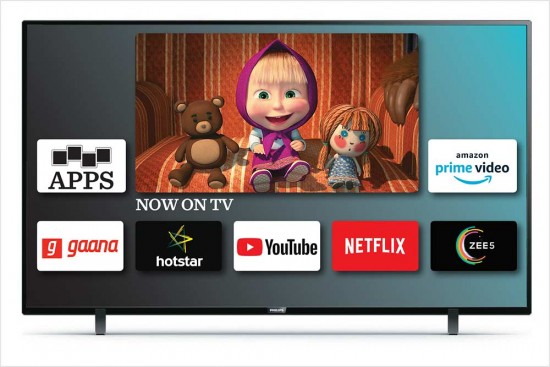 The TV, as a few generations knew it, is passé. In its new avatar, it’s broadcast, OTT, Wikipedia and e-shopping all rolled into one—a screen that knows its only job is to entertain you. Scrolling through channels is down and out; Netflix-inspired menus are in, trailers popping out as you pass by. Even when you hit the pause button for a few minutes, there’s plenty to keep the rest of the family glued till you return. Trivia, for one—who was that little kid in the TV commercial; filmographies; hey, what was that cool outfit Anus­hka Sharma was wearing in the scene just paused. Voila! A link to a shopping app to explore similar designs.

All these in real time, on the go. A modern-day version of the Kathasarithasagara if you like—endless waves of entertainment to keep you hooked throughout the average three hours of TV viewing a typical household indulges in. Making all this possible is a relentless engine mining data, picking up patterns and trends.

“There are so many more avenues to explore,” says Bharath Mohan, CEO of Sensara Technologies, a startup whose technology runs in Xiaomi TVs and Airtel hybrid set-top boxes. “The earlier experience on TV was that you’d just watch a channel and stay put there,” he tells Outlook. “Now, it’s creating a whole new world, where you just explore and explore....a web-like feeling for television.”

Mohan, who holds a PhD in computer science, explains that Sensara’s learning engine was built over the past four years. An alumnus of the Indian Institute of Science (IISc) and a former Google employee, he’d been working on anticipatory computing for mobile phones with his first company before turning the focus onto television. “TV is a huge market,” he says, adding that Sensara is working in a technology area that currently has no competitors in India.

Deep-tech refers to cutting edge innovation unlike the bulk of Indian startups that leverage existing technology to build businesses.

Until recently, he says, the career path for researchers like him was usually to join big corporations and climb the ladder to technical lead manager or CTO. “Now what’s changed is because there is capital available, these people can build their startups,” he says. At last count, there were around 51companies, mostly doing deep-tech, started by alumni of IISc’s electrical, electronics and computer sciences division in the past five years.

Deep-tech refers to cutting edge innovation unlike the bulk of Indian startups that leverage existing technology to build businesses. At IISc, the pioneering effort came with the Simputer in 2001, the low-cost, hand-held computing device that won global recognition packing in, as it did, some nifty features that preceded today’s app ecosystem. But the Simputer didn’t find commercial success, reflecting the difficult path to market that inventors must tread. 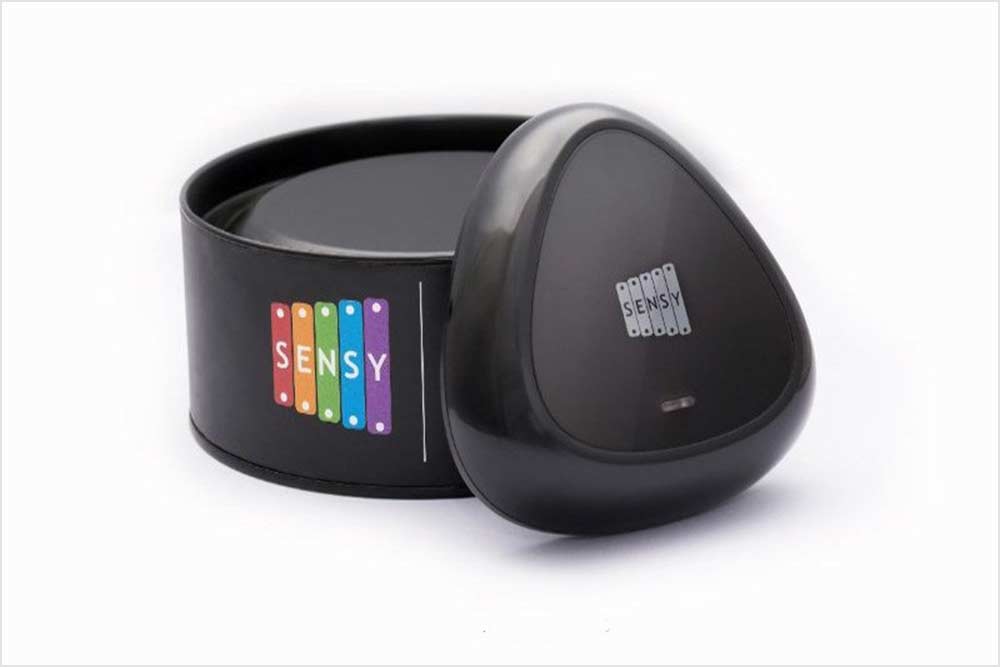 The Simputer team—Vijay Chandru, Dr V. Vinay, Swami Manohar and Ramesh Hariharan were faculty members at IISc at the time—founded two companies: Picopeta, which produced the Simputer, and Strand Life Sciences that works in genomic profiling and precision medicine. “Back then,” recalls Vijay Chandru, who heads Strand, “the expectation was that if we could have five companies in 10 years, it would be great.” The current numbers, therefore, are encouraging, even if it’s only a tiny portion of the larger Indian startup scenario.

Many of them work on tech that falls in the artificial intelligence sphere—machine learning, vision analysis, information retrieval, natural language processing and predictive modelling. “So, we wondered, why isn’t this being celebrated?” Chandru says. “As we start seeing success stories, then more people will know it is possible.”

While it was at Mumbai’s Tata Institute of Fundamental Research (TIFR) that India’s computer science journey began—the country’s first functional computer, TIFR Automatic Computer (TIFRAC), was built there in the late 1950s—some of the foundational work in artificial intelligence and machine learning were subsequently carried out at IISc, says Chandru. Even today, in machine learning and data mining, IISc is the top-ranked university in India.

Even today, in machine learning and data mining, IISc in Banglaore is the top-ranked university in India.

This year marks the 50th anniversary of IISc’s computer science department and there’s an initiative to showcase some of the tech these startups have developed. “What we are trying to do is to bring all these people together,” says Bharath Mohan. “There needs to be a concerted effort in educating several stakeholders in this ecosystem. If I have some invention ready now, it’s crucial to know what to do in the next six months or one year. You cannot say I’ll just patent it and sit around because the responsibility of doing the right deals is upon you.”

Unlike earlier, there is capital, though the bottlenecks persist. Most deep-tech companies generally spend 2-3 years developing a product during which they have nothing to market. “So you have to create a class of investors that believe this is fund-able,” says Mohan says. Sensara’s graph too followed a similar curve—the company was founded in 2014, but it’s only now that revenues have started coming in.

“Technology that you build for a consumer requires extremely deep pockets,” says Dr V. Vinay, co-inventor of the Simputer who’s now working on autonomous vehicles through his company Ati Motors. “Do investors have the appetite for that sort of risk is not clear.” The funding that has gone into these 50 or so deep-tech startups probably won’t compare with the money an e-commerce startup typically raises in a single round, he points out.

“There are Silicon Valley companies doing cutting-edge technology which get funded to the tune of several hundred million dollars,” says Vinay. Or, take companies working on Lidars (light-based sensing systems used in several areas including autonomous vehicles). “You can say I want to make a Lidar here but you won’t be able to raise that kind of money.” Partly, it’s because technology and market are two different things. “You can crack the technology but, perhaps, not the market. Indian VCs are averse to taking two bets and, to be fair, there are other low-hanging fruit they can pick.” Yet, the opportunity is considerably large—various estimates say AI will contribute $13-15 trillion to the global GDP by 2030.

The other key support mechanism deep-tech startups in India lack is the presence of local technology giants keen to acquire small companies doing niche work, points out Vinay. “Ninety per cent of deep-tech actually works with big corporations. It fits well because of the innovator’s dilemma that big firms face,” says Mohan. Bangalore, with its engineering manpower, academia and venture capital network provides a good base for systems and algorithms knowhow, he says. “Bangalore clearly is a great hub which is why things should move faster here.”

Adapt Or Perish! As Old Jobs Shrink, Are You Prepared For Jobs Of Future?

OPINION | Why Private Sector Intervention Is Necessary In Higher Education