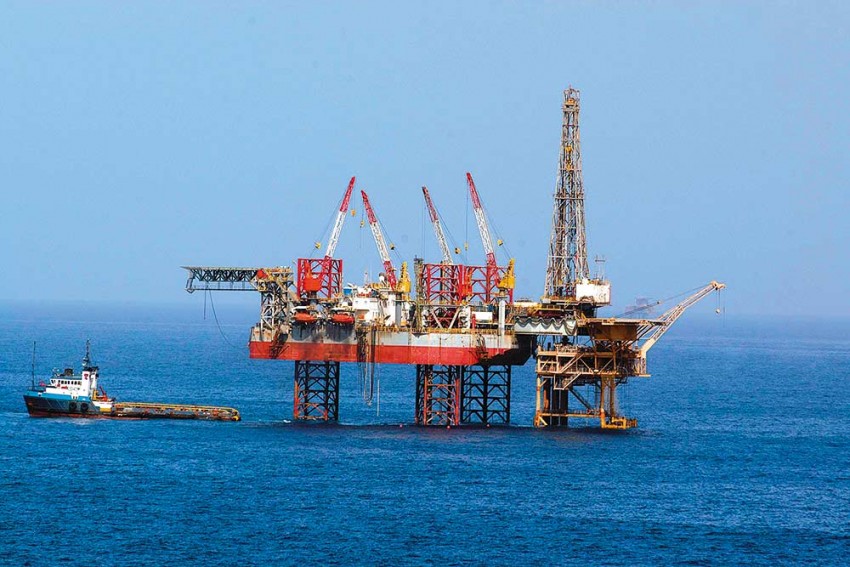 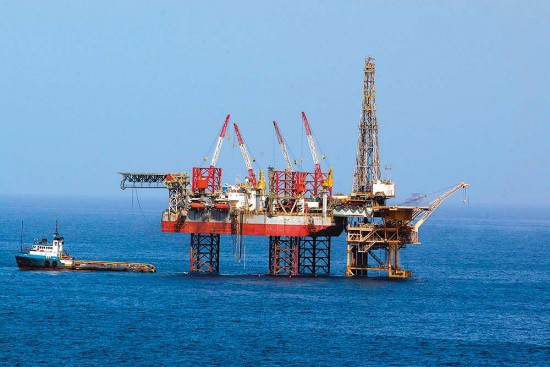 It’s the D-word that has obsessed the Indian government for the past three decades. But none made disinvestment—the sale of government stake in public sector units (PSUs)—as much a priority as Prime Minister Narendra Modi in his two terms since coming to power for the first time in 2014. Almost perfecting the art of monetising PSU assets, the first Modi government raised Rs 2.8 lakh crore from disinvestment proceeds. For the current fiscal, his government has set the bar even higher, going for an ambitious target of over Rs 1.05 lakh crore in 2019-2020. The government has identified more than two dozen central PSUs for disinvestment, including the debt-ridden Air India which found no buyers last year.

Experts and economists, however, say that the disinvestment process has neither helped PSUs whose shares were sold, nor the government which wished to get out of the business of being in business, or the investors, both institutional and smaller ones. In most cases, they point out, various governments sold stakes in PSUs to other PSUs. It became a mechanism for the Centre to raise funds but the money hasn’t been used to create infrastructure or make PSUs efficient.

Finance minister Nirmala Sitharaman hopes to focus on strategic sales, i.e. selling shares to private enterprises. The government has announced plans to cede management control by allowing strategic investors to own up to 49 per cent stake on a case-by-case basis. This is because the stake of other PSUs along with government’s direct holdings will together form the basis to calculate the 51 per cent majority, in case the government wishes to retain management control. The government has begun the exercise to appoint consultants for the dilution of stakes, as also identify assets of PSUs that may be monetised to raise resources. 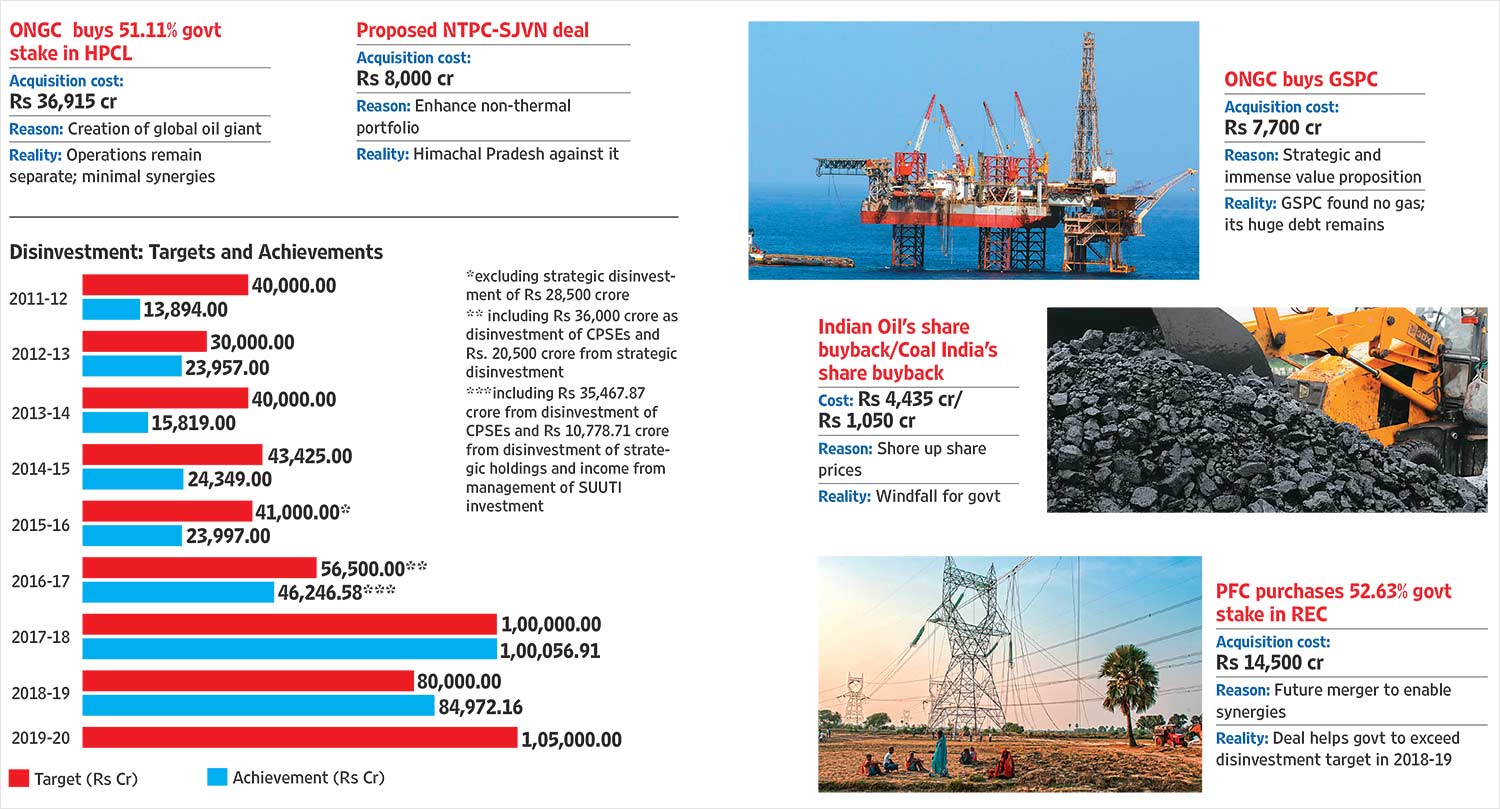 Over the years, the contours of disinvestment have undergone drastic chan­ges. The original objective of setting up a national investment fund or a special purpose fund—where the disinvestment proceeds from stake sale or outright sale of loss-making PSUs would be pooled for modernising and expanding profit-making public sector enterprises—seems to have been lost. “Now, disinvestment has become a non-debt creating capital rec­eipt (NDCR). The original plan of creating a special fund for improvement of PSUs has been forgotten and the NDCR has become part of the budget,” says Professor C.P. Chandrasekhar, Centre for Economic Studies and Planning, JNU. “The disinvestment proceeds are now being used for balancing and keeping fiscal deficit under control and to finance current expenses. The disinvestment money has hardly been used for any res­tructuring purpose.”

While critics of India’s disinvestment programme liken it to selling of family silver to bridge fiscal deficit or rein it, N.R. Bhanumurthy,  professor at National Institute of Public Finance and Policy, likens it to selling old gold to buy new gold jewellery. “What we are seeing in the budget is more than disinvestment,” he explains. “The projected numbers in the budget is indicative of the government resolve to now look beyond disinvestment to monetising land and other assets of public sector companies like in the case of the railways. It is basically selling their assets and increasing their investments. For instance, Rs 50 lakh crore is envisaged as the requirement of the railways. Large part of it is expected to be fin­anced through railways assets sale.”

India has had a mix of disinvestment models—including outright sale, part sale from 26 per cent to 75 per cent through strategic sale or public offering. With some outright sales and majority stake sales having come in for audit and public questioning, an element of caution had become necessary. But that no longer seems a handicap.  Each disinvestment is now being handled differently as the government goes about reducing its share in public sector ­enterprises. In the banking sector, there has been dilution of government stake of up to 51 per cent. Lately, cross holding by making a profit-making ­enterprise buy out stakes in another PSU or from the government has proven an easy way for the government to unlock the sizeable reserves of companies like Coal India and ONGC. It is another matter that while the government coffers have improved, companies like ONGC are now having to borrow funds to monetise oil and gas they are expected to explore and produce to red­uce import dependency.

Data from the department of invest­ment and public asset mana­gement ­reveals that in the last five years, the Modi government managed to garner

Rs 2.8 lakh crore through disinvestment, substantially more than the amount collected in the previous decade. In the last fiscal, ONGC’s forced acqu­isition of the unprofitable GSPC and oil marketing major HPCL contributed sizably to the government kitty.

Mahesh Vyas, managing director and CEO of Centre for Monitoring Indian Economy,  points out that in the case of Coal India or ONGC, acquisition of a sister PSU was not “in the spirit” of disinvestment. “It was just the arm of the control shifting from the government treasury to another PSU. Though called disinvestment, it is essentially preferential dividend allotment or giving government preferential access to the profits of the PSU.”

THE finance minister’s budget speech has boosted Vyas’s hopes of the “Modi government taking a few more steps in the direction of real disinvestment” compared to what it has done so far. He, however notes that the government is still shying from committing to selling off loss-making Air India altogether. “It looks like the government is willing to walk a little more in the direction of disinvestment but it is still not committing that ‘we will have only strategic places where we will be involved and hive off the rest’. There is still talk about retaining 51 per cent,” points out Vyas.

Deven R. Choksey, CEO and managing director at KR Choksey, feels there are better ways to divest PSUs. “Probably they need to invite strategic investors into these companies. In turn, the government should be a minority stakeholder in the divested companies and in a leisurely manner they should gradually reduce their holdings. This will help the strategic investor to bring in capital and expertise and also bring out the best in the government companies, which though good are suffering due to lack of consistency in the management.”

Citing Hindustan Zinc, VSNL and Maruti as some of the examples of successful disinvestment, Choksey emphasises that while the government’s purpose of bringing down fiscal deficit through divestment is being carried out, whether the enterprise’s value is inc­reased is open to question. This speaks of the failure of the disinvestment programme.  The case is worse when the government strips a profitable company of its financial resources, required to carry out its core duty, and then talks tall about protecting national resources and reducing import dependency.

NDIAC Bill Is A Result Of The Law Minister’s Own Ego: Hans Raj Bhardwaj