Bucking The Trend: Diesel Cars May Go Up In Smoke But How Will That Curb Pollution?

Maruti may phase out small diesel cars but India's bizarre fuel emission policy to jump straight from Euro 4 to Euro 6 will do little to check pollution. Why not incentivise hybrid cars? 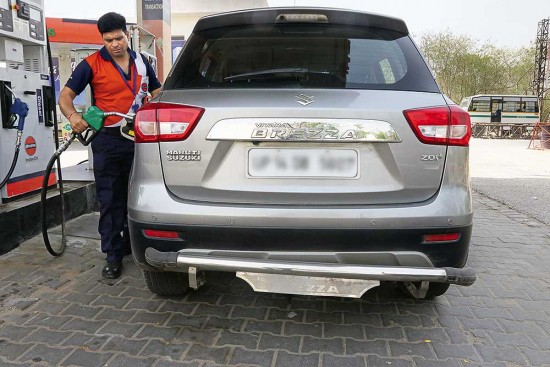 Last month, Maruti Suzuki, ­India’s largest carmaker, drop­ped a bombshell in the market. It ­announced that it will stop making small diesel cars from next year. ­Immediately, it puts a big question mark on the future of the company’s bestsellers—diesel-only cars like the Brezza and the S-Cross.

The company’s announcement of not upgrading its small diesel cars to BS6 norms—which means a complete drop out of the segment from April 2020—came as a surprise to the automobile ind­ustry. At its peak in 2016-17, diesel cars accounted for 31 per cent of Maruti Suzuki’s sales, which have since then dipped to 26 per cent.  Maruti Suzuki reg­istered its highest ever sales of 18.62 lakh units in 2018-19 as against 17.79 lakh units the previous year.

Announcing the decision to not upg­rade the company’s small diesel car range to BS6 norms, R.C. Bhargava, chairman, Maruti Suzuki India Limi­ted, had exp­lained that “upgrading small diesel eng­ines to BS6 emission regulations may result in substantial increase in the cost of the cars, making them unviable for customers”. Maruti Suzuki estimates that the cost difference between a BS6 petrol variant and BS6 diesel variant will widen further to around Rs 2.5 lakh from the present Rs 1-1.5 lakh.

“With such a large gap in prices, customers are likely to favour petrol variants over a BS6 diesel vehicle. This will be espec­ially true for small diesel engine cars owing to their higher sensitivity towa­rds prices,” a spokesperson for Maruti Suzuki told Outlook.

India’s keenness to tackle emission and keep abreast of European norms was ­behind the government decision to adva­nce adoption of BS6 norms four years ahead of the earlier schedule, to April 1 next...