Advertisement
Home Business
All You Can Eat

Have Your Plate And Eat It Too! Bring Home Edible Cutlery

Environment-­friendly, tasty and modish, edible crockery and cutlery are going down the gullet 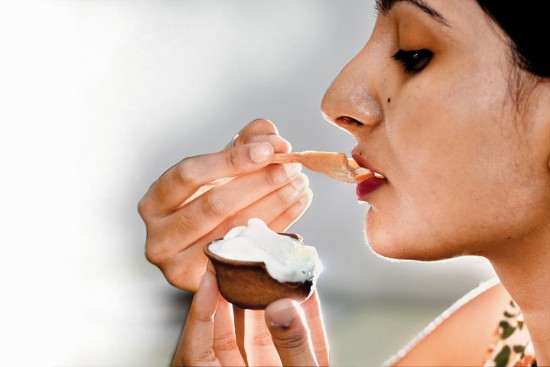 For Mukundan, office has never appeared to be so abundantly laden with charm. Or rather, it’s his work-lunch—a grease-stained, gravy-splotched humdrum affair till now—that sed­uces like a siren. Unboxing his dabba is a high-point of his day though, strangely, the victuals inside remain the same as in the past many years. A new, secret sauce, you think? More like a miracle saucer—you not only eat off it, but eat the blasted thing itself!

It is as if something that belongs to a garishly coloured world of toons has crossed into ours, for in the eco-friendly, anti-plastic world of edi­ble cutlery and crockery, you don’t just eat with your spoon, you munch it for dessert. “You can keep this cutlery in your bag, but your cutlery now is a source of protein too,” says Bangalore-based Mukundan, an edible-cutlery loyalist for nearly a year. He purchases them from EdiblePro, a company run by two former IBM employees, Lakshmi Bheemachar and Shaila Gurudutt.