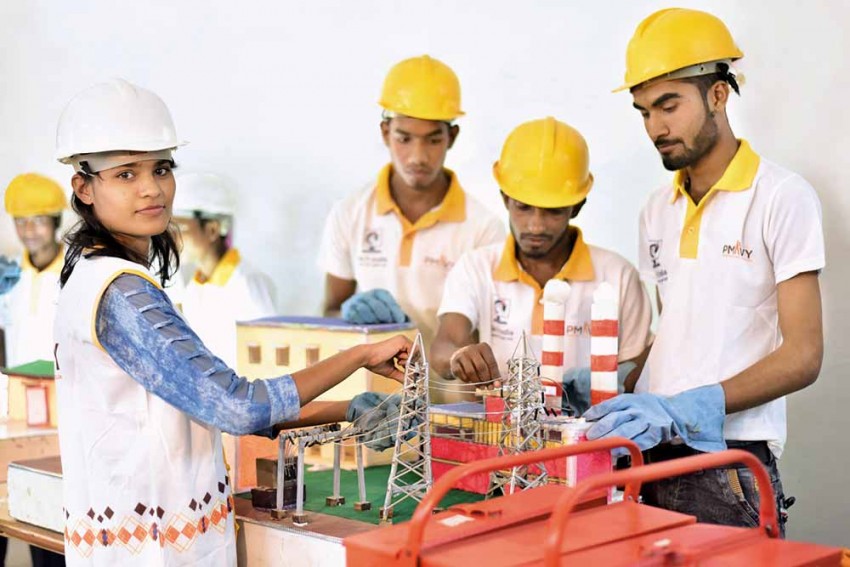 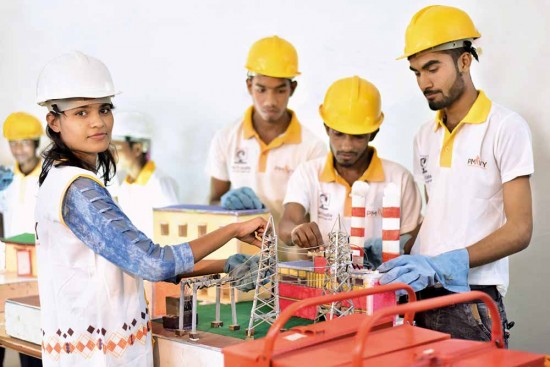 The Indian education system is regimented and autoc­ratic—there are more than 20 regulatory authorities and thousands of institutions close down every year. While access to education continues to be an issue, millions of graduates remain unemployed. There is an unprecedented scramble for government jobs. In 2018, 93,000 candidates, including 3,700 PhD holders, 28,000 post-graduates and 50,000 graduates, applied for 62 peon openings in Uttar Pradesh.

These issues stem from the fact that education is over-regulated and under-supervised. Take the case of a well-recognised university which was prohibited from commissioning a teacher’s training programme, that too in a tribal district. Though it had complied with all the parameters of the National Council for Teacher Education Act, the government did everything in its capacity to delay the launching of the programme by seven years. It was eventually withdrawn. At the same time, the government launched around 20 tea­cher-training programmes in violation of the act.

A notification in December 2013 laid out an implementation plan for the National Skill Qualification Framework (NSQF) and made it mandatory for all ­educational and training programmes to comply with it. However, more than five years later, there has been no serious effort to implement it. It is disheartening that such an excellent framework, which was accepted by all ministries, has not led to the National Assessment and Accreditation Council (NAAC) adopting NSQF-compliance as part of its ­accreditation criteria. We are excellent in drafting and ­notifying policies and lackadaisical about implementation. I call this ‘policy illusion and implementation delusion’.

Another example of this is the latest push to restructure the education system in India—the draft National Edu­cation Policy (NEP). While it is under review in every state, the MHRD has already finalised a five-year vision plan called Education Quality Upgradation and Inclusion Prog­ramme (EQUIP). Thus, two major reform initiatives are being undertaken simultaneously for no clear reason.

Additionally, there are dissonances between EQUIP and NEP. While the former has a goal of “doubling gross enrollment ratio (GER) in five years, i.e. 2024”, NEP aims for a “GER of 50 per cent by 2035”. It is 25.8 per cent at present. There is a gap of 11 years in the most significant milestone ­between the two documents. I cannot comprehend ­another goal of EQUIP—­upgrade quality of education to global standards. It is hard to quantify “global standards”. Instead, we should say, “robust and achievable ­national standards”, which could be distilled from comparable experiences across the world. In this focus on global parameters, we ignore the process of evolution  and assume it will leap-frog ­towards whatever goal we ­arbitrarily set. 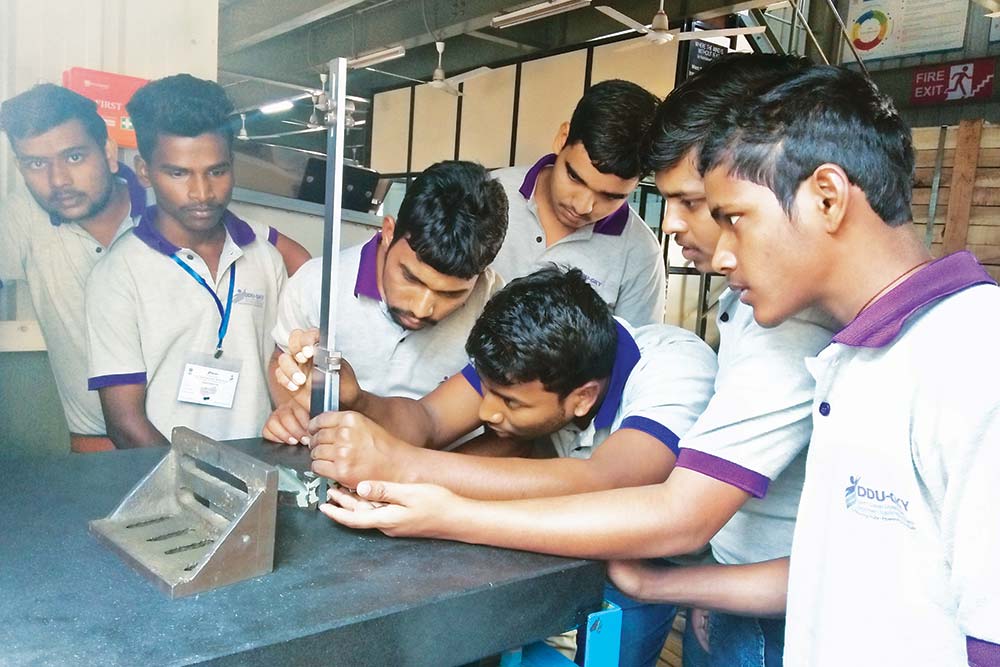 Equally problematic has been the Choice Based Credit System (CBCS). Introduced by the University Grants Commission (UGC), it has entirely fallen short of its desired intent. Most universities introduced CBCS just for the sake of compliance without proper execution.

While NEP and EQUIP are being debated, the most ­important institution for universities continues to be NAAC. The ranking and ­accreditation process in its current form incentivises providing education as a purely commercial service, while compromising on its social purpose. Irrespective of the nature of the university, NAAC has 250 points for research, which is mostly linked to quantity—number of articles and references—rather than their impact or relevance. The World Bank allocates 25 per cent of its budget for “country services” toward knowledge products (i.e. high quality research ­reports), but a policy rese­arch working paper in 2014 revealed that 87 per cent of its reports were never cited and 31 per cent never downloaded. If research at the World Bank has such outcomes, one can imagine the fate of the millions of rese­arch papers cooked up by universities due to the pressures of accreditation.

Research as a parameter for evaluation of universities needs to be redefined based on the nature of the institute. There should be options for applied and action research as well. Take Centurion University for example. Through its social enterprise Gram Tarang, one of the first partners of the National Skill Development Corporation, it has created employment ­opportunities for more than 200,000 marginalised youth. In the NAAC system, however, no matter how massive the social impact, such intervention by a university is not relevant for ranking.

For an institution to realise its potential, there must be an enabling environment and scope for ­innovation and creativity amidst a certain amount of standardisation and uniformity. The accreditation process should adopt a more integrated approach, but unfortunately, it has institutionalised inequity.

While most of the criteria for accreditation are generic and can be applied to any ­institution, some need to be suitably adapted to the specific context of the university. For example, a privately­-funded university focused on skill development will find it difficult to spend resources on conventional research, obtain grants from government institutions or seek ­international fellowships for faculty. They require faculty members with PhDs in skills such as creating curricula that enhance employability of the underprivileged on a mass scale and ensure that students qualify in national and international examinations.

In contrast to traditional universities, skill universities often better adhere to NAAC’s core value of promoting national development by “serving the cause of social justice, ensuring ­equity and increasing access to higher education” through their offerings to marginalised students. Unfortunately, the indicators for different criteria and their weightage in their present form do not do justice to such special ­institutions. Instead of having a one-type-fits-all ­approach, NAAC and the National Institute Ranking Framework (NIRF) can alter their accreditation process for universities promulgating ­applied and action learning. This is in line with the draft NEP, where research institutions and teaching universities are classified separately.

The parameters of grading universities cater to those in urban areas. There are universities located in difficult geographies and remote ­regions and their context is different. Hence, these need different treatment to ensure equity, which converges with NAAC’s own provisions ­regarding regional relevance of the institute.

The criteria of ‘research, ­innovation and entrepreneurship’ is tilted towards publications, references and patents. The grading criteria treat institutions uniformly, irrespective of year of establishment, category and funding. These need to be recast to identify problems of the community surrounding the institutions and working out solutions. The grade points under this category should be assessed differently for universities opting for community-oriented applied and action research. Livelihood and productivity should also be incorporated into the category of ‘teaching, learning and evaluation’.

While some might say that maintaining uniformity in grade points for research publications is essential, the counter argument is that ­despite 25 per cent of the points being assigned to publications, these have not shown any tangible benefits to communities or the country. Research must be ­encouraged, but it should not be an imposition on all.

The education ecosystem and delivery mechanism has not changed much over the years. The worst collateral damage is human productivity and competency. With more than seven billion people on the planet and a dwindling resource base, the human race is fighting against time for its own existence. There are reports that civilisation could collapse by 2050. Worse, large corporations are not creating jobs and artificial intelligence and automation pose a serious threat to existing jobs. The only solution to jobless growth is to create nano-, mini- and micro-enterprises and entrepreneurs.

In this endeavour, the ­accreditation process must redefine institutions and encourage them to nurture ­citizens who can think and act productively. Education must be linked not only to employability, but also to entrepreneurship, which will only be possible by converging and linking teaching, training and productivity. The current system of ­superficial, short-term ­internships cannot achieve this goal.

I propose that universities create an ecosystem within their campus and surrounding communities which provides a combination of on-the-job training, hands-on knowledge and experiential learning.

Research reports by Washington Accord countries and the British Council have emphasised the significance of social-enter­prise initiatives in higher-education institutions. The grading criteria must recognise applied-learning initiatives as alternatives to conventional research and learning. Entrepreneurship must be a formal criteria and a minimum of 100 points should be assigned to it. Only then can our education system respond to needs of a rapidly evolving technology- and knowledge-driven society.

Mukti Kanta Mishra, The author is the president of ­Centurion University of Technology & Management