Workers in Bangalore are restricted by a ‘gig economy’ 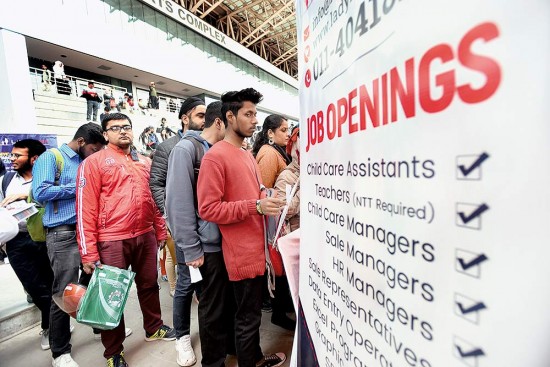 Basavaraj, a cab driver in Bangalore, used to work on the electrical maintenance team at a business park for a few years before a family circumstance forced him to take over the app-based taxi from his brother to keep the car’s EMIs going. Earnings from driving radio cabs are not what they were three years ago but Basavaraj reckons he won’t go back to the job he had trained for. From his village alone near Bagalkot, around 500 kms to the north, there are about 10 people driving cabs here, he says.

Bangalore, naturally, attracts job-seekers from the less-developed northern region of Karnataka besides migrants from other states. Over the decades, the city’s employment scenario too has transformed. For instance, small-scale manufacturing—which once thrived on orders from public sector units and provided employment to an unskilled/semi-skilled first generation workforce—has shrunk over the past few decades. Then, there’s a growing gig economy. The trend in the tech-hub over the past decade or so, says Supriya Roychowdhury, professor at the Institute for Social and Economic Change (ISEC), is that the unskilled and semi-skilled labour force is going into the lower rungs of the services sector which is irregular and contract-based. Security services, for instance. “The diversity is very glaring. You can be earning as much as Rs 12-18,000 with PF and uniforms if you are working via an agency for a large company, or earning as low as Rs 4,000-5,000 with nothing else if you are a security person in a small apartment complex in a middle-to-low range neighbourhood,” she says.