‘7 Lakh Families In J&K Will Benefit’ 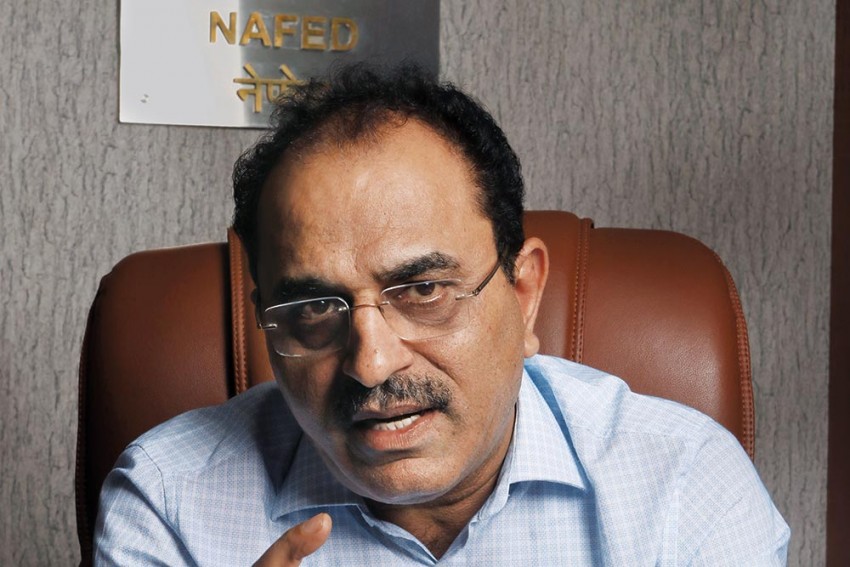 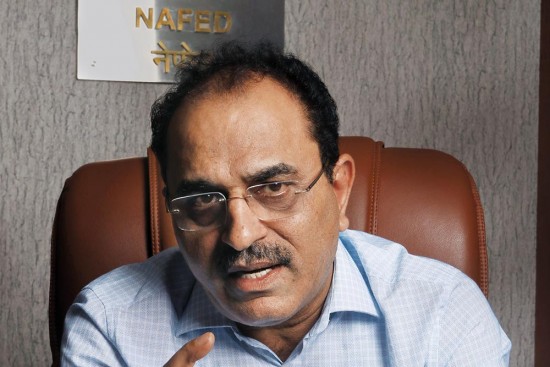 In September, when the Centre rolled out a plan to strengthen Jammu and Kas­hmir’s economy, it tasked the National Agricultural Cooperative Mar­keting Federation of India Ltd (NAFED) with procuring apples from the state, where its operations ceased in 1990-91 due to militancy. The Kashmir Valley contri­butes 2 million metric tonnes of apples out of the country’s total produce of 2.5 million tonnes. In an exc­lusive interview to Jyotika Sood, NAFED managing director Sanjeev Kumar Chadha reveals the cooperative’s plans for the state. Edited excerpts:

Can you brief us on NAFED’s apple pro­curement plans in Kashmir?

We stopped our operations 25 years ago and the government has now asked us to restart our activities. It is not just a business for us—we consider it an honour to help revive the economy of the state. In the past two weeks, we have understood the value chain and tied up with ‘controlled-atmosphere cold storages’ across the country. We have empanelled a large number of commission agents and are supplying directly to cities across the country like Jaipur and Bangalore, to name a few. Although we have made transit facilities in Hoshiarpur and Delhi, we are directly dis­pat­ching the product.

Are there any security threats and challenges?

CRPF personnel are escorting our team of 20 round-the-clock. We have also got insurance of Rs 1 crore for our staff working there and are happy with all the arr­angements and support system being ­extended by the state administration.

Are you focusing on export ­orders as well?

No. Right now there is so much demand in the country that we are focusing on it. We have been approached by a party from West Asia, so we will try to fulfil their requirements. You need to understand that every market has its own demands. People in Gulf nations want big, vibrant red and hard apples, which are grown in higher regions like Shopian and Pulwama. These will start arriving this week. We are open to exp­ort orders and will certainly sell if we get the best rates.

What has been the response from Kashmiri apple growers?

“We plan to invest Rs 500 crore in two years for modern facilities, where apples will be graded and stored, both in Kashmir and Jammu.”

More than 5,000 growers have registered. We got the best response from Anantnag, Sopore and Shopian. In Anantnag, the apple stock is coming in such large numbers that we have had to issue tokens for procurement so that sellers come in a queue. Farmers are very happy because payments are being credited to their bank accounts within a week, which has not been heard of in Kashmir. Whatever they are selling, we are calculating that amount, giving it to the state authorities and they in turn are transferring to the bank accounts of farmers. It has to be done through the state authorities because it’s a state subject and we cannot directly deal with them. Our efforts will benefit over 7 lakh families in the state.

What are the prices offered?

As per Union cabinet orders, there is a pricing committee. They will fix the prices based on the prevailing market rates. While dealing with NAFED, farmers are gaining 30-50 per cent more than the existing prices. We are open to buying more than 7-10 lakh ton­nes. We will procure till December 15, but if the crop comes after, we will continue to buy.

What are NAFED’s plans for the state?

Most of the rootstocks are old and less productive. In the next 4-5 years, we have to replace those with better rootstocks, better ­varieties and modern horticulture practices like close plantation and drip irrigation. From next year, what we propose is that six months before the season, we will map all the ­orchards with GPS, obtain and register all the data of the growers, including their land records and bank accounts, set up a portal and announce the rates well ­before so that farmers are aware. It will help them not fall in the trap of middlemen and take a con­scious decision.

Are you planning any infrastructure development as well?

We want to invest in a big way. We plan to invest Rs 500 crore in just two years for state-of-the-art facilities, both in Kash­mir and Jammu, for sorting, grading and storage of apples. We also want to provide a marketing window for crops like walnut, almond and saffron. For saffron, we will do special branding as it is a high-value produce. This is just the beginning.

How Weird Is That? Even Labs Can't Tell If Your Ghee Is Pure