With higher GDP growth, Indian economy was in a better shape in 2008. Things are different in 2020, as the economy already reeled under a slowdown, and higher fiscal deficit. 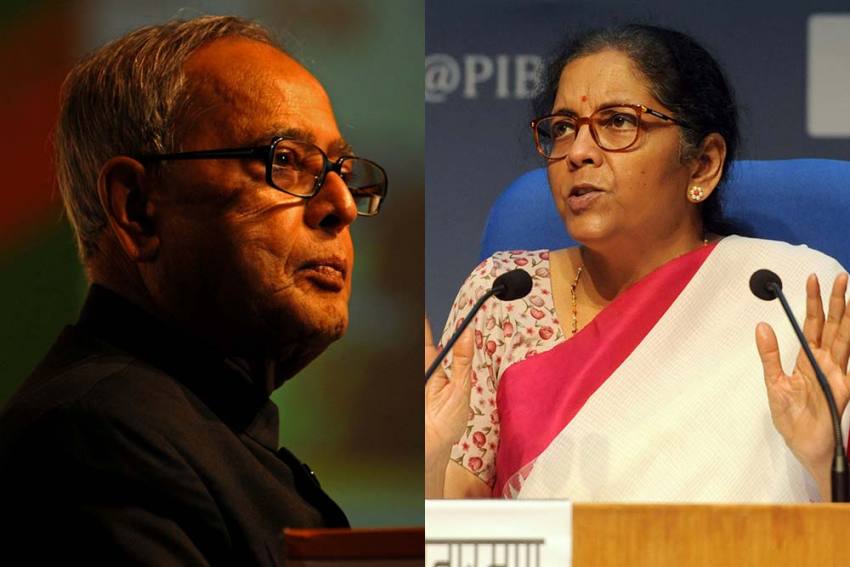 Then and Now Finance ministers Pranab Mukherjee and Nirmala Sitharaman
May 22, 2020 00:00 IST Why It's Unfair To Compare 2020 Economic Crisis With That Of 2008 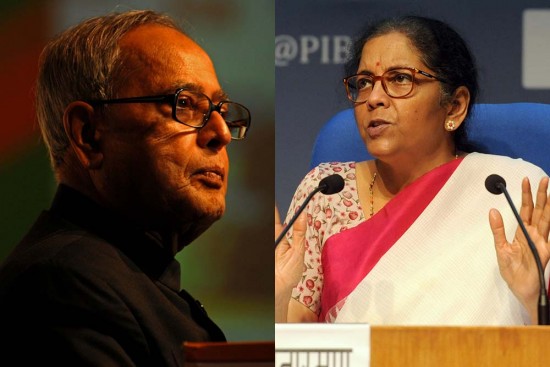 It is understandable that economists compare 2020 with 2008. Some maintain that the response then was better than what one has seen today. But this may be akin to jumping the gun because there are major differences between the two. The first is that two different prime ministers and two different regimes were in place. In 2008, Manmohan Singh’s hands were tied due to coalition government’s pressures, but he understood economics. In 2020, Narendra Modi has a free hand, but tends to centralise decisions.

The economy was in a better shape then, and the global financial crisis had little impact on Indian banks because they were globally secluded. In 2008, the GDP growth was higher, and the collapse lower—from 6.7 per cent to 5.5 per cent, says Sebastian Morris of IIM-A. Today, it may plummet from 5% to 2-3 per cent, or lower. The size of the required stimulus package was lower in 2008. The government had more fiscal flexibility. Things are different in 2020, as the economy alr­eady reeled under a slowdown, and higher fiscal deficit.

Labour was affected dramatically in both the crises. However, given the coalition politics, and pressures from socialist partners, Manmohan Singh’s government went out of the way to protect jobs. In fact, Jet Airways was forced to withdraw its decision to sack employees due to political pressure. Currently, the states have seen the crisis to get rid of some of the res­trictive labour laws that hamper businesses. It may be a different matter that some allege that a few states have gone overboard.

Although exports plunged in 2008, which impacted sections of agriculture, the farm sector wasn’t drastically affected. This isn’t the case this time. The rural economy may be worse hit, at least over the next few months, because of the reverse mig­ration of unorganised, temporary, and non-contractual workers. They can hide safely for a few months, but they will feel the pich if they are not gainfully employed by September this year. This may result in a new crisis.

Stimulus, and indirect one, was the economic silver bullet in 2008. Since the global problem was with the entire financial sector, it was crucial to support the banks and financial institutions through credit liquidity. This was easily done by central banks of various countries, including India. The direct benefit, or putting money into the hands of the consumers, wasn’t as critical as it is in 2020. Those were different times, and it is only a theoretical exercise to compare the two responses.