Burra Salaams For A Country Much Loved

A sepia-tinted India slumbers on in many foreigners: seekers, sojourners, job-hunters and those who stayed on 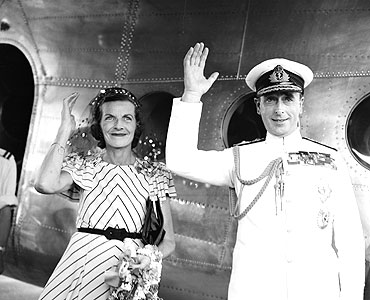 Khushwant Singh is a fountain of fertile ideas. Thirty years ago while he was editor of the Illustrated Weekly, he had commissioned reminiscences from various British sahibs and a couple of memsahibs (both non-British ‘foreigners’) to write up brief impressions of their stay in India. The 22 essays contained in this book are short, nostalgic tributes to India.

They came as masters—at least, the men. Some came in their official capacity as civil servants, architects, engineers, soldiers and as journalists for the good newspapers—The Statesman, The Times of India, the Illustrated Weekly and the BBC. Taya Zinkin, a Frenchwoman married to an ICS officer-turned-boxwallah, Maurice, wrote for the Manchester Guardian, as it was then called. Most came when young, looking for a better prospect than was on offer in Blighty.

They are all terribly nice and charming, even though there was a lot of racism during the Raj. Those who came into the civil service found their contacts with Indians restricted to...