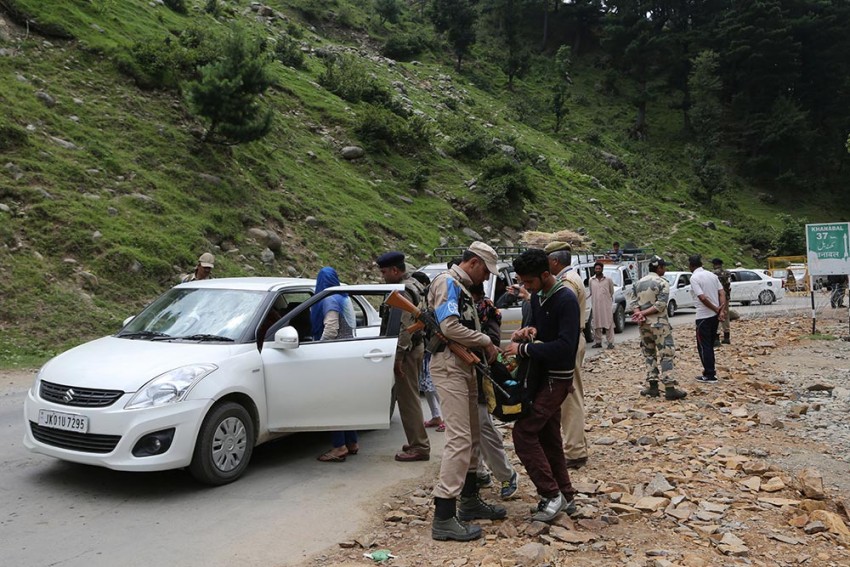 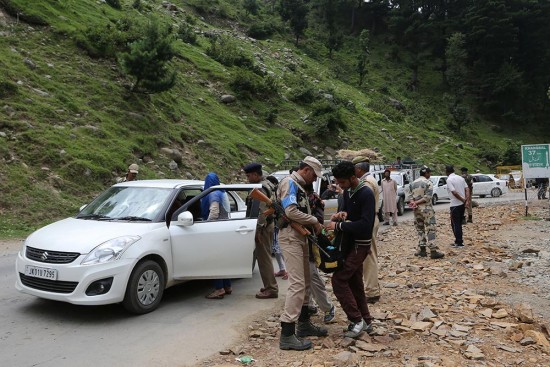 “This time, it is a fight to the finish. It is not about containing terror anymore. It is about des­troying the roots of terrorism and the infrastructure that supports it.” That’s the gist of what National Security Advisor (NSA) Ajit Doval said at the meeting of top secur­ity and intelligence officers after the terror attack on Amarnath pilgrims on July 10, which killed seven yatris.

The gunning down of the pilgrims, on their way back from the Amarnath shrine, has evidently further steeled the Modi government’s resolve. The security for­ces had already been pursuing a rob­ust and agg­ressive policy in Kashmir, with several top terrorists killed in the past few months. The attack on the pilgrims—the first since 2002 when 11 yatris were killed as their camp was targeted—is being seen as a reaction to government’s tough stance. “Terrorists are being hun­ted down and killed,” says an official in the country’s security establishment. “As many as 104 terrorists have been killed in major operations since January this year, compared to 150 in 2016. The att-ack on the pilgrims is the result of ­growing frustration among the top commanders of terrorist organisations such as Lashkar-e-Toiba (LeT) and Hizbul Mujahideen.”

It is not just about neutralising terrorists on the ground. The government has launched a multi-pronged attack, and sympathisers, financiers and “overground workers” of the terror groups are also being targeted. “It is a coordinated approach,” the officer explains. “The security forces—the army, CRPF and state police—are doing the job on the ground and agencies such as the Enforcement Directorate and Income Tax are working to choke the flow of funds.” Funding of Hurriyat leaders is already under investigation.

In addition to handling terrorists on Indian soil, the security forces are also engaged in a war of attrition across the LoC. “Training and sending terrorists has been a part of low-intensity, low-cost warfare by Pakistan against India,” the official continues. “We have to inflict a cost on Pakistan. It is time they paid for exporting terror to India. Surgical strikes by Indian army commandos was just one such measure. There are other measures planned that we better not talk about.”

Former General Officer Commanding (GOC) of Srinagar-based 15 Corps Lt General (retd) Syed Ata Hasnain says the frustration among terrorists is evident from the change in the nature of the conflict. “Unarmed policemen are being attacked,” he tells Outlook. “A DSP was lynched. An armyman on leave was killed. It has increasingly become clear that the terrorists do not have any qualms anymore. There was definitely an enh­anced threat to the Amarnath yatra.”

And yet the strategic confidence of Pakistan is “pretty high”, owing to Chinese support. “Terror outfits like the LeT are under intense pressure,” says Hasnain. “They needed to create such a big event to try and regain some relevance. The Chittisinghpura attack in 2000 was a similar attempt by the LeT.”

NSA Ajit Doval has a plan. “It’s a fight to the finish...to destroy ­terror’s roots and ­its support system.”

Top government sources confirm that intelligence inputs had already indicated possible attacks during the Amarnath yatra that commenced on June 29 and will culminate on August 7. “More than 14,000 additional forces were pumped in,” sources tell Outlook. “The security grid has been further strengthened since the attack. The 5,000 additional army personnel, on yatra duty presently, will not be sent out of Kashmir after it is over. They are all going to spread out in the four worst-affected districts of restive south Kashmir—Kulgam, Pulwama, Ana­ntnag and Shopian—to ferret the terrorists out of their hiding places.”

Unequivocal instructions have been issued to security forces that as soon as intelligence is received about terrorists moving in the area or hiding in a safe house, the best available team at hand should go for the kill—the army’s elite Special Forces team or that of Rashtriya Rifles (RR), a force that is permanently stationed in the state for counter-insurgency operations, or the Special Ope­rations Group (SOG) of the J&K Police. Sources say the number of Special Forces teams, comprising the best-trained army commandos, has been inc­reased in the Valley. The army has also issued a ‘Kill List’ for the first time as part of Operation All-Out. It has names of 258 terrorists from various outfits, the majority being from LeT.  Many of the terrorists on the list have already been killed.

Coordination among the security for­ces is being improved and all operations are now called “joint operations”, to avoid any confusion or competition for credit among army, paramilitary forces and the police. The standard operating procedures for the forces have also been changed in order to prevent fatalities among the personnel. “We do not want a repeat of incidents like Pampore last year, when two young captains of Special Forces lost their lives while trying to evict terrorists from the Entre­preneur­ship Dev­elop­m­ent Ins­titute building where they were hiding,” says a senior army officer.

The orders are clear: make announcements on loudspeakers to call out the terrorists from the hiding place. And if they do not respond, burn the structure down. Sources claim this new combative policy serves a dual ­purpose. “It acts as a deterrent for ­sympathisers who may be helping them hide. Also, it seems the terrorists don’t want to be burnt alive. In a few cases, they have actually come out and surrendered,” rev­eals the officer.

A week before the attack on Amarnath pilgrims, the security forces had killed four Hizbul terrorists in Pulwama as they brought the house down following a two-day encounter. “The terrorists are definitely seething. They have succeeded in Amarnath, but we have to ensure they do not succeed again,” he says.

On its part, the government is backing the security forces to the hilt in their ­efforts to rid the state of terrorism. Minister of state in the PMO Jitendra Singh says a decisive headway has been made in the fight against terrorism in the past few months. “Now, it has entered the final phase,” says Singh.

A senior BJP leader tells Outlook that no security operation can succeed without implicit government backing. “It’s after a long time that the government, the NSA, his hand-picked army chief, bes­ides other security forces, are working in total sync. The army chief commending Major Leetul Gogoi (for using a civilian as a human shield) was a big step in the face of protests and opposition from a section of the people. Even Union ministers came out in his support. That gesture has done wonders to the morale of security forces in the Valley,” says the BJP leader.

Some BJP leaders admit there was confusion for some time when their differences with the PDP app­eared insurmountable. “It was bound to happen as two polarised parties, standing for two diametrically opposite things, came together trying to run the government in a state like J&K,” says counter-terrorism expert Ajai Sahni.

Sources claim the RSS too was unhappy with the situation in J&K. “They were in favour of ending the alliance, imposing President’s rule and then going after the terrorists,” says a senior BJP leader. “With CM Mehbooba Mufti finally on board now with the Centre’s proactive, aggressive approach, things seem to have smoothened out. However, the attack on yatris has upset the Sangh again.”

Party president Amit Shah met senior Sangh leaders Bhaiyyaji Joshi and Krishna Gopal on Thursday, July 13, and apprised them of the situation. The party is certain that the situation does not call for President’s rule as that would be an admission of failure to run the coalition government. The BJP, though, is not taking any chances. Deputy chief minister Nirmal Singh has been clearly told that he should not waste any time and intensify efforts to strengthen the party in Jammu and Ladakh.

The Twain Shall Meet Once Again