Bulls In The Pen

India Inc is being unfairly maligned. Its animal instincts are intact. 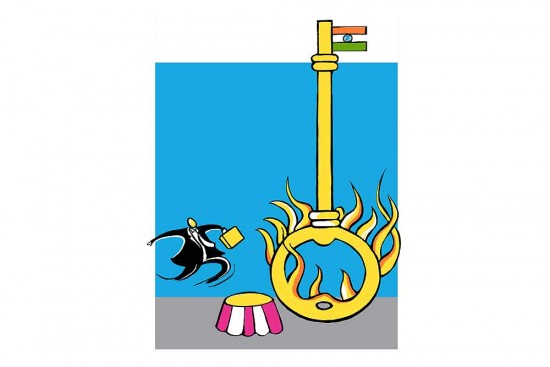 In May 1938, V.V. Giri, then minister of industries and labour in the Congress government of Madras, had written to industrialist G.D. Birla about the scope for an automobile factory in the state and what manner the government could help private enterprise in setting up the venture. Birla wrote in to reply, “After making a full investigation, we came to the conclusion that we are not quite sure whether under the existing circumstances a motor factory could be made a paying proposition.” By the 1940s, thanks to the war, conditions had changed drastically in favour of investment, enabling both Birla and Walchand to take the plunge.

This anecdote is worth recounting because Indian entrepr­eneurs, especially the big corporate houses, have lately been at the receiving end for not displaying the necessary ‘animal spirits’. Given the prevailing propitious circumstances with the Chinese somewhat down in the dumps, it is believed by some that the inertia in displaying an aggressive investment stratagem may well end up as a case of missed opportunities for lifting the Indian economy to commanding heights. It has also given rise to serious misgivings about whether it is in India Inc’s DNA to even do so, given the historically predominant merchant background of the major corporate groups.

Actually, the historical track record of Indian entrepreneurs seems to suggest that they are anything but risk averse, which would imply that perhaps we are all barking up the wrong tree. The story of the rise and growth of the Indian entrepreneurial class in Imperial India against odds and in a less than a favourable environment fits the bill of an innovative and risk-bearing entrepreneur.

The Indian entrepreneurial class was a product of colonial commercialisation during the 19th century. The development of commodity markets...