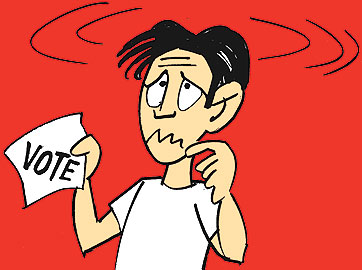 outlookindia.com
-0001-11-30T00:00:00+0553
Two weeks from now, the election results will be out. According to the media, this has been the most momentous poll in recent years. Never has the middle class been so involved. Never has the youth vote been larger. Never before have so many celebrity and Bollywood stars through TV channels urged people to vote. A leading national daily has even started a campaign to encourage the youth to lead. The hype suggests that the future of India will depend on your vote. So what will the polls decide? Consider some of the momentous issues on which people will vote.

Is Dr Manmohan Singh very weak or very strong, like a lion from Punjab? Is L.K. Advani a helpless wimp who only wept and allowed the Babri mosque to be demolished? And what did he do in the Kandahar hijacking? These are among the issues we must judge in order to chart India’s future in the 21st century.

And what did the Congress do against the Chinese in 1962? We must go over its record to decide how we should vote in 2009.

The poll results will tell us if Varun Gandhi was right in threatening to chop off hands raised against Hindus. A Muslim minister in Bihar also responded. The poll results will indicate if he is vindicated. He said if anyone attacked or criticised Muslims, he was ready to lose his head. But then he went on to add that if anyone raised a finger against the Muslims, he would chop off that finger. This is puzzling. If he has by then already lost his head, would he chop off the finger as a headless wonder? Perhaps Ronen Sen knew what he was talking about when he described Indian leaders as headless chickens!

Poll results will show whether Rabri Devi was right in alleging that the Bihar chief minister and a minister of his had illicit relations with each other’s sisters.

The voters will decide if Laloo Yadav should go ahead and crush Varun Gandhi under a road-roller.

The voters must decide if the Congress is a budiya (old woman) or a gudiya (doll). They will also judge Priyanka Gandhi’s retort: "Does my mother or my brother or I look old?" Apart from these three, is there any other Congress?

There are some other issues too—like the Taliban hitting targets eight miles from the Wagah border and Naxalites killing poll officers. Let Obama deal with that.