President Obama's Af-Pak policy has been criticised. The criticism could be premature. Policy should be judged by deeds, not words 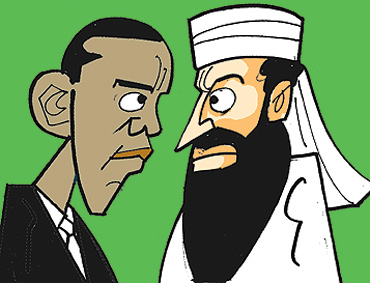 outlookindia.com
-0001-11-30T00:00:00+0553
President Obama’s Af-Pak policy has been criticised. The criticism could be premature. Policy should be judged by deeds, not words. One must await developments in Pakistan and Afghanistan. This scribe cannot fault Obama’s approach. It seems to approximate the line on Afghanistan-Pakistan that has been consistently pursued in these columns.

There are three elements in the new, declared Obama policy. First, Al Qaeda must be eliminated militarily; secondly, the "good" Taliban must be separated from the "bad" Taliban through negotiation; thirdly, the Afghanistan-Pakistan region of conflict must be treated as one war theatre.

Sending more American troops to Afghanistan will not help capture Bin Laden and Zawahiri. The additional troops are intended to compel the Taliban to talk. This will be accompanied by increased US help for civilian development. Referring to Al Qaeda leaders based in Pakistan, the US has not minced words. It has accused the isi of protecting them. If the Pakistan military does not change course, direct US intervention in Pakistan could follow. Baitullah Mehsud’s threat to attack Washington has created justification for such intervention.

There is much confusion about the "good" and "bad" Taliban. Critics say all Taliban are bad. That is a flawed premise. The Taliban are ethnic Pashtuns sucked into terrorism and militancy through subversion by the Al Qaeda and the questionable past policies of the US and Pakistan governments. The good Taliban would be those who accept a peace deal. The bad Taliban would be those committed to international jehad, and beyond redemption.

The significance of the third element in Obama’s new approach seems to have been overlooked by critics. Pakistan and Afghanistan will be treated as a single war theatre. Military conflict is followed by negotiation. If the war is against one enemy occupying both nations, won’t peace talks be with one party representing both nations? That will focus on the Pashtun problem with its unsettled Durand Line Treaty.

The Pashtuns want the assertion of a tribal identity with a substantial measure of self-rule. At the end of the conflict, how could that be met? By merging Pakistan’s Pashtun areas with Afghanistan, as the Durand Line Treaty envisioned? By incorporating Afghanistan’s Pashtun areas into Pakistan, as Islamabad may like? Or by an arrangement that allows expression somehow to Pashtun identity and autonomy without altering international borders? Such an arrangement could be a model for settling other similar South Asian disputes!

So, what kind of solution does Obama have in mind?