Shouldn't the government appoint a high-powered special investigative team to probe the missing children? Or are poor children expendable? 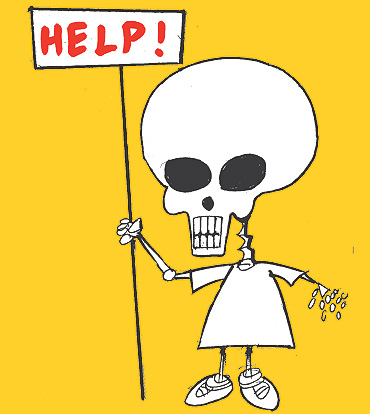 outlookindia.com
-0001-11-30T00:00:00+0553
Moninder Singh Pandher and his servant Surender Koli were sentenced to death for the murder of a teenage girl in Noida. According to the CBI, the sentence against Pandher is questionable. It might be overturned in a higher court. Koli has confessed that he murdered, raped and cannibalised his victims. Earlier, the Noida police, to test his claim, had made him eat cooked human flesh. Reportedly, he vomited. Now the court has accepted his confession. Can he plead pathological insanity in an effort to avoid a death sentence?

The many other cases of small children whose skeletons were dug up from near Pandher’s dwelling still await trial. The police have not presented any credible motive for these serial killings except one of pathological cannibalism. Does that theory wash?

Pandher bribed the police before being charged. One officer was arrested for accepting bribes. Would Pandher bribe the police to protect his servant, an alleged pathological serial killer who cannibalised children? Or was there revenue earned from the mass murders which required police protection?

In nearby Ghaziabad, during the first two months of 2008, forty-six children went missing. This information was extracted by an NGO, Bharat Nawjawan Sabha, by invoking the Right to Information (RTI) Act. A spokesman of this organisation said: "Our hunch is that there is a human organs trade trafficking racket at work here."

One missing child from that area reappeared after six months to describe how he had been kidnapped and taken to Gujarat. He said periodically blood was taken from the children who were fed. One day he witnessed children being hacked and he managed to escape. The police dismissed his account.

It transpires that children are constantly missing in the capital. In the first 17 days of February, 72 children went missing. Since January 2008, there have been 2,508 children missing. Only 368 children were recovered. The police claim that most children elope or flee bad parenting. The father of a four-year-old missing child complained: "My child surely cannot elope. The police say I have not been a good father. Why are they not trying to find my son?"

There exists undeniably a huge global organ trade racket with great demand from clients in the West. Poor children in third-world nations are the easiest targets. For transplant, a child’s organs are superior to an adult’s. Shouldn’t the government appoint a high-powered special investigative team to probe the missing children? Or are poor children expendable?