Musharraf has played all his cards. He has painted himself into a corner. In the ultimate analysis, he was never reconciled to India. 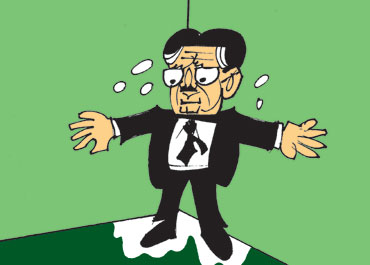 Musharraf accused India of destabilising Balochistan. He blamed America for protecting anti-Pakistan terrorists in Afghanistan and Islamabad. He referred to Baitullah Mehsud, who masterminded the killing of Chinese workers in Pakistan. Musharraf, therefore, was speaking for the common Sino-Pak interests. By criticising the ISI, was America speaking against those interests? Neither the US, nor for that matter Iran, would relish Chinese control of Pakistan’s Gwadar port on the Balochistan coast, which China is at present developing. A reluctance to even indirectly confront China could explain the CIA’s delay in accusing the ISI. The US-China proxy struggle in Pakistan is therefore no longer hidden.

So where does that leave Musharraf? Consider his situation.