Media frequently dwells on the morality of politics. Should it not consider also the politics of morality? 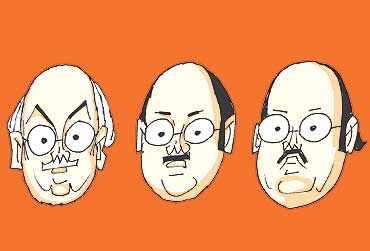 Consider the recent moves of the Samajwadi Party (SP). Amar Singh’s brazen opportunism was breathtaking. Not only did he turn 180 degrees, he rationalised it with aplomb. Both the media and politicians who perceived in his moves a setback to their fortunes lashed out against him. The censure of Amar Singh may have been well deserved. But it takes two hands to clap. What about the urbane leaders of the Congress who struck the deal with him? Were they less opportunistic? Criticism of their actions was decidedly milder. And consider the politicians who criticised Amar Singh most bitterly. Take the BJP which occupied the moral high ground.

Amar Singh disclosed that the BJP offered SP the prime minister’s post if it colluded to topple the UPA government when Pratibha Patil contested for the presidency. Amar Singh named Jaswant Singh as the BJP’s interlocutor. He named leaders of other regional parties who were privy to the offer. That left Jaswant Singh with no choice. He had to admit in a press conference that he did make the attempt on behalf of his party. Surprisingly, this sheepish confession attracted little media censure of the BJP’s opportunism.