For half a century, China has bullied India. To respond gainfully to China, what is required is a counterpunch. 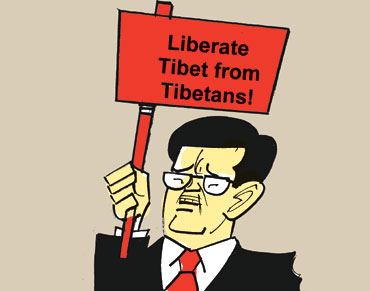 Currently China, violating an agreement about not destabilising settled populations in disputed areas, lays claim repeatedly to Arunachal Pradesh. Indian reactions are pitifully pathetic. To respond gainfully to China, what is required is a counterpunch. India should simply state that it no longer recognises Tibet as part of China, since Tibet is Tibetan territory and the Tibetan people must decide its future. There is no legal impediment against India doing this. The 1954 Agreement between India and China, whereby India recognised Tibet as part of China, lapsed after eight years and was never renewed.

India’s hope of a reasonable settlement between China and the Tibetan people has been shattered by China’s rebuff to Dalai Lama’s somewhat over-generous offer of accepting autonomy for Tibet under Chinese sovereignty. China instead is busy changing the demography of Tibet by populating the region with Han Chinese to marginalise Tibet’s own sons of the soil. As former government counsel and author J.P. Mitter in his Betrayal of Tibet (1964) wrote: "No policy that allows the Chinese to be paramount in this once acknowledged buffer country will ever be in the interest of India."