India will not see Carla Bruni. But the first girlfriend of France will not miss out on anything. 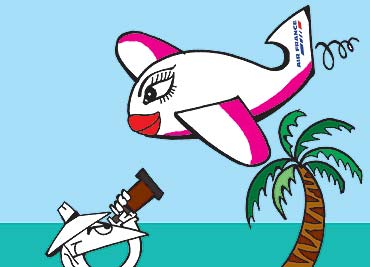 To make matters worse, the French scribes in Chennai have been in the news for all the wrong reasons. Having imbibed copious amounts of rum, two of them were caught attempting to climb an electric pole on Marina beach by the night patrol. It’s another matter that they were released soon after one of them abused a senior police official in an obscure Gaelic dialect which sounded exactly like "us French and you Tamizhs are blood brothers" in the local tongue.

So, why did Carla opt for Chennai? The city was her first choice after she read a scholarly study—‘Plus on est, Plus c’est joyeux!’ (The More the Merrier!)—on bigamy and polygamy in Tamil Nadu. "You know Tamil society accepts men who have more than one wife. Behind every successful politician, scholar and poet is a woman and behind her other women," Carla recently confided to a friend on the phone—a secret recording of which is up for sale in Delhi’s Palika Bazaar. Strangely, our TV channels which normally lap up sting operations have shown no interest. (It seems the baba log can translate French, but not into Hindi.)