When students demanded reservation based on economic criteria instead of caste they were thrashed by police. Why do students think straight? 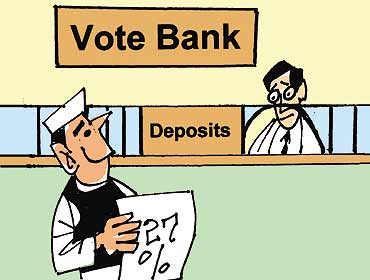 To begin with, politicians complained that backward castes deserved reservation like the SCs and STs. Several commissions were appointed to study the problem. Eventually, the Mandal Commission’s recommendations were adopted. Certain castes were categorised as backward and eligible for reservation. But in several cases the commission categorised the same caste forward in one state and backward in another. Despite this, caste as criterion remained valid.

Some critics, including this scribe, pointed out that religion did not obliterate caste or class. There were Muslim, Sikh and Christian scavengers. How were they different from their Hindu counterparts? But the religious minorities were denied reservation because, officially, they had no castes. Then along came the Justice Sachar Commission report. The commission made a profound discovery. Many Muslims were backward! Holy cow! Who would have thought it? This discovery paved the way for the next step.

The Ranganath Mishra Commission was set up in March 2005 to define criteria for backwardness among the religious minorities. According to press reports, the commission has recommended that religion should be delinked from caste for determining Scheduled Caste status. That would make Christians and Muslims eligible for reservation.

Last week, the SC described the government’s quota policy as divisive. But when students demanded reservation based on economic criteria instead of caste they were thrashed by police. Why do students think straight? They should think crooked like the politicians.