Ottavio Quattrocchi. Vincent George. Abhishek Verma. Does CBI sagaciously judge people by the company they keep? If they keep company with Soniaji they must all be okay. No? 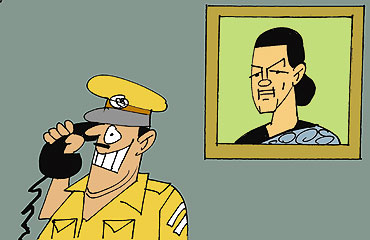 outlookindia.com
-0001-11-30T00:00:00+0553
There is an old axiom that people are known by the company they keep. Is it valid? Consider Sonia Gandhi’s company. First there was Ottavio Quattrocchi. For decades he was a close and dear family friend of Sonia Gandhi. Alas, after the Bofors scandal broke, fingers were pointed at him. In April 1998, the cbi made a written assertion in a court of law stating that Quattrocchi was the owner of AE Services headquartered in London which had made payoffs to swing the Bofors deal. In that written statement the CBI also confirmed: "The families of the then prime minister of India and Mr Quattrocchi were on very intimate terms." The CBI alleged that Quattrocchi misused his relationship and "the process of negotiation suddenly picked up".

But no! The CBI apparently had made a mistake. It recently discovered its error. Now it said there was nothing against Quattrocchi. It wrote a formal message to that effect to British authorities. Quattrocchi’s London bank accounts had been frozen. Poor victimised Quattrocchi was allowed to withdraw the equivalent of Rs 23 crore lying frozen in the London bank.

Then there was Vincent George. He was private secretary to Soniaji. Even powerful chief ministers had to propitiate Georgeji in order to meet Soniaji. Well, the CBI discovered that Georgeji had disproportionate assets. After several years, they are still probing him. The probe goes on and on but nothing ever comes out!

The CBI stumbled on Georgeji because of his erstwhile partner Abhishek Verma. The CBI charged Abhishek and a senior Enforcement Directorate official Ashok Aggrawal with conspiring against a Delhi jeweller. Abhishek informed the cops that Georgeji was actually the conspirator. That is why CBI probed the assets of Georgeji.

People might wrongly conclude that Abhishek knew Soniaji because of Georgeji. That would be doing Abhishek an injustice. Abhishek’s father was the personal Hindi tutor of Rajiv Gandhi. He was made a Congress Rajya Sabha MP. Abhishek’s mother, too, became a Congress Rajya Sabha MP. Presently, Abhishek is being probed in the naval war room leak case. He has been named in the Scorpene scam. Could both cases have a connection? Ah well, boys will be boys.

Chargesheets apart, none of these people are likely to be convicted. Is it because cbi sagaciously judges people by the company they keep? If they kept company with Soniaji they must all be okay. No?