Yet another ferocious indictment of Hindu Brahminism by author and activist in the Dalit-Bahujan movement Kancha Ilaiah. 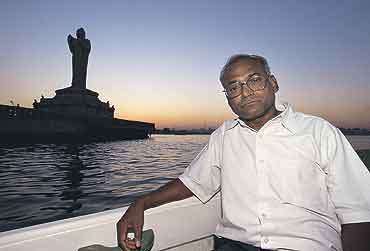 Despite his predictability, though, Ilaiah’s writing has a fervour and intellectual rigour that makes this book an engaging read. It pushes one into taking note of Ilaiah’s perspective on what has gone into making India an unjust nation for the Dalit-Bahujans. The cow, not the buffalo, Ilaiah argues, is worshipped. Because, though both give milk, the cow is white, as were the Aryans ("Brahmins are basically Aryans"). So, it made sense for the Aryans to spin a philosophy around "white being good", and black, the colour of the Dravidians (and the "low castes"), being bad.

The discourse in Buffalo Nationalism attempts to reverse this philosophy: "...we need to change the philosophy of caste, colour, language, land, animals, birds, food and so on. We must deploy symbols that have opposite and corrective meanings, ideology and philosophy to that of Hindu Brahminism. That’s where the survival of the nation lies." Hence, the case for Buffalo Nationalism.