Broomstick Broke, AAP Got A Poke

AAP’s loss in Punjab and Goa is greater for its overweening hope, self-defeating strategy 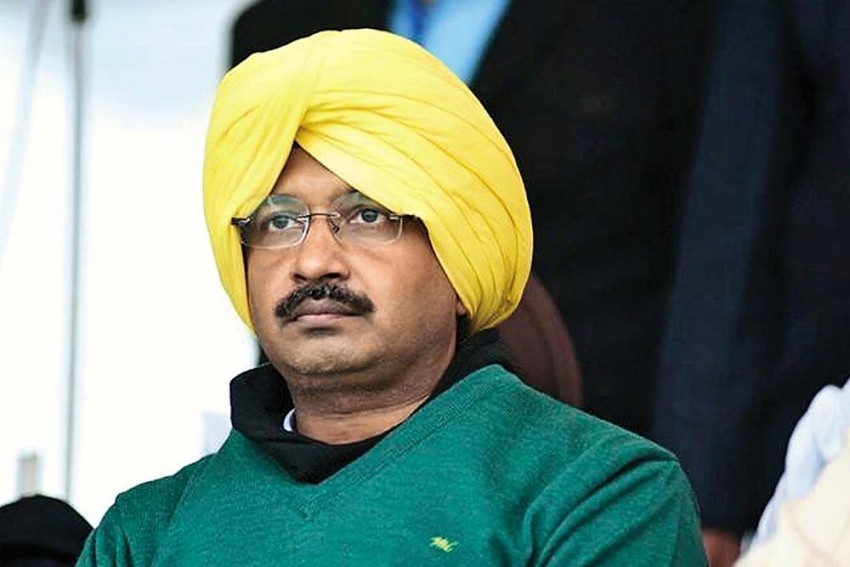 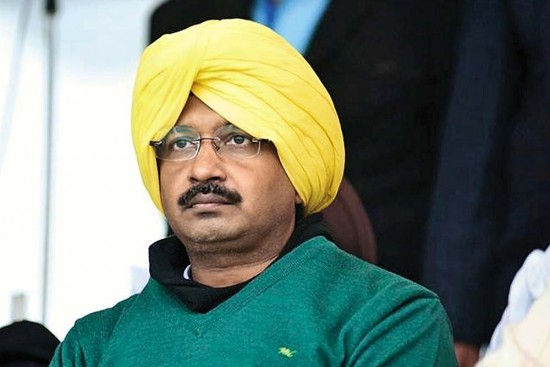 The Aam Aadmi Party’s debacle in the Punjab ass­embly elections has undoubtedly jeopardised the party’s national ambitions. It has also plunged the party’s leadership and volunteers into a deep gloom, for it means they confront the impending Delhi municipal elections on a weaker wicket and will not have a strident victory narrative to take to Gujarat’s assembly polls.

AAP’s Punjab experience has also raised questions over whe­ther the party went wrong in estimating its own popularity and the surge in favour of party chief Arvind Kejriwal. What the leadership is also “introspecting” about is their ability to bargain with, and man­­age exp­ectations of, regio­nal leaders.

The electoral debacle has also bared the party’s mis-steps, though such clarity is brought about by hindsight alone. The most stark instance of AAP’s miscalculations is how it und­erestimated the impact of riv­als’ propaganda on the state’s moderate Sikhs and Hindus. This damaging narrative, created effectively by the Shiro­mani Akali Dal (SAD) and the Congress, included the charge of AAP consorting with extr­eme right and left outfits.

“We count as our achievement having contested without distributing alcohol, cash or drugs. We talk only about clean politics and we are going to start working—just like before, if not more energetically,” says Himmat Singh Shergill, AAP’s con­testant from Majitha. In the same vein, the party has picked H.S. Phoolka as leader of opposition. Phoolka has for decades picked up 1984 riot cases and is generally regarded a fighter.

For now, the greenhorn party, which had expected to sweep the Malwa belt, has been forced to try and come up with a fresh strategy for Delhi and Gujarat, to help recoup from Punjab’s bloodied battlefield. AAP has bagged what it considers a consolation prize—20 victories from 117 seats in the state, and none in Goa. These, it knows, do not help it pitch itself as a giant slayer elsewhere.

That AAP garnered merely 6.3 per cent of votes in Goa des­pite high anti-incumbency—even the chief minister did not scrape through—is a sign that its campaign, leadership and strategy had not matured. Most AAP leaders lost their deposits too. The central leadership knew of its weaknesses in Goa, but drummed on enthusiastically. This perhaps indicates AAP’s inbuilt, and necessary, strategy—generating a buzz around potentially winning a state election. 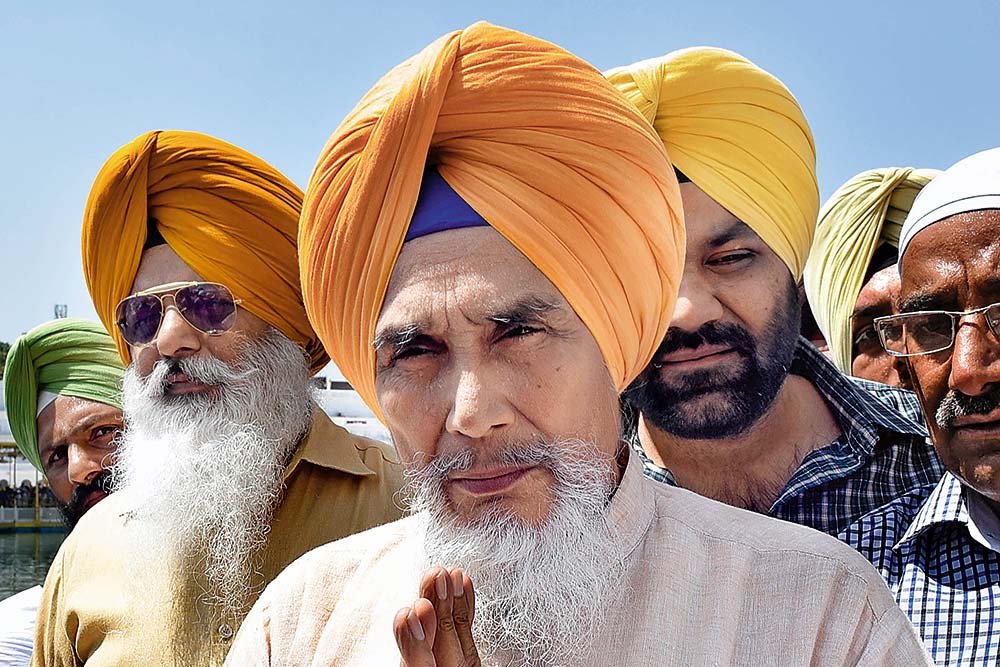 As AAP state convenor, Sucha Singh Chhotepur managed the party’s volunteers. After his removal from the party, much of the organisational structure had to be rebuilt.

Goa’s verdict was nevertheless surprising—not because AAP lost but because voters plumped for the Congress which, by all accounts, had been floundering there. This became apparent post-elections, as it could not evolve a consensus over who would claim the CM’s post. AAP still appears to be working under a diktat-issuing central lea­­dership, not a mere coordinator. It is this image of a strong leadership that it would seek to consolidate in coming months.

As for Punjab, it is now dominated by the old Congress hand, Amarinder Singh, whom the AAP had ardently sought to outmanoeuvre and defeat.

What makes the Punjab experience even more bitter for the AAP is that it had tried to ind­uct at least one of the Con­g­ress’s victorious leaders. Nav­­jot Singh Sidhu, with whom the party was engrossed in failed induction negotiations last October, has not just won his Amritsar East seat. As it turns out, Sidhu ret­ained his popularity despite wandering in the apolitical hinterlands of Mum­bai’s television studios for years. So much so, that he was able to influence several nea­rby seats. Not just that. The two candidates Sidhu had recommended for AAP, as part of a package deal with his own possible induction, and who joined the Congress as well, have also won.

It is a situation that AAP leaders in Punjab describe as “worthy of introspection”, when on the record. But off the record, they point out that the negotiations with Sidhu failed rather inexplicably. “After all, Sidhu had been offered the spot of deputy chief minister,” says one leader. “My sense is, the failure to bring him on board wasn’t our fault. Six months before elections, being offered the deputy CM post is no small thing. What he wanted was a better deal, which he got from the Congress and I suppose we shall soon see what it was.”

AAP volunteers in Amritsar and around acknowledge that Sidhu is unassailable in popularity and a crowd-puller, but that the AAP constitution does not allow relatives into the party. That is what nixed the induction of two candidates recommended by Sidhu, the Bains brothers. Besides, since the AAP sees itself as a social movement and not just a mainstream political outfit, it was cautious not to enrage volunteers by bringing in high-level inductees at the last minute to win elections. In this way, although AAP set the anti-Akali tone of these elections, it is the Congress which reaped a rich harvest.

AAP got merely 6.3 per cent of votes in Goa despite high anti-incumbency. Most AAP leaders lost their deposits too. But the central leadership drummed on enthusiastically.

The other controversial figure in AAP’s Punjab constellation was Sucha Singh Chhotepur, whose name became a byword for the exclusion of local sat­raps by the ‘Delhi-based’ party. Chhotepur, once the AAP convenor for Punjab, was removed from the party—a fall-out of Kejriwal’s compulsion to assert himself  over local leaders. Eventually, he contested independently, suffering a crushing defeat. As convenor, Chhotepur had managed the party’s volunteers, including AAP’s booth-level force. Upon his exit, a large part of this organisational structure had to be rebuilt. The rank and file, however, still consider his exit inevitable.

Yet, what is inexplicable is AAP’s refusal to project as chief minister even Bhagwant Mann, the party’s Sangrur Member of Parliament. “In Punjab’s personality-dominated electoral landscape, Amarinder Singh came as a Jat Sikh of great popularity,” says another AAP leader, who actively campaigned in Jalalabad. Mann had worked tirelessly since 2014, giving AAP perpetual visibility. The rider, sources say, is that a lot of people don’t take Mann seriously and that he allegedly has a drinking problem.

This series of events created a perception that Arvind Kej­riwal himself wanted to bec­­ome Punjab CM. Some party members now describe Delhi deputy CM Manish Sis­odia’s statement during the campaign, that Punjab would get as CM “someone they can consider Kejriwal”, as an imp­ulsive slip of the tongue. Yet, this turned out to be not a good image to have, quite simply because Kejriwal is from Har­yana. There is another, converse, aspect to this. The party first communicated the idea that Kejriwal would be made the CM, but then it did not do so. With the ‘face’ of the party not from the state, AAP was bound to lose ground when charges were scripted against it of being close to extremists.

“The party became limited to Kejriwal, but Punjabis don’t like outsiders to lay down the law. They have independent spi­­­r­­its,” says Hardeep Singh Asr, a youth activist from Amritsar. “People did want badlaav, which they got in Congress.”

Yet, nothing seems to have created more havoc than the bomb blast on February 1 in Maur, a suburban township of Bathinda city, four days before voting, claiming several lives. That day, Kejriwal was in Amritsar. At his road show, he aggressively challenged the Congress and Akali Dal. “Apni aukat mat bhoolo—don’t get ahead of yourselves,” he had warned. “Don’t paint the brave Sikh people as terrorists.” This was in response to the double-barreled attack  on AAP led by the Badal family and Amarinder Singh. They issued criticisms of AAP for drawing support from non-resident Punjabis, immediately bringing to mind the tortured days of Khalistani extremism. The implications of the allegations were not lost on Punjabis.

“After the Maur blasts there was a big change in AAP’s popularity,” says Jagdish Khiala, a Bahujan Samaj Party (BSP) leader in Mansa but who had braced for AAP to sweep Malwa. “In our area, AAP would have got 15-20 thousand more votes if not for the blast.”

Jaskirat Mann, a prominent AAP supporter who leads outreach among Canadian Punjabis says, “After the Maur blast they (AAP’s political rivals) tried to create the perception that we are somehow going to disturb the peace in Punjab. People didn’t realise it is the politics of hatred and division we are fighting.” 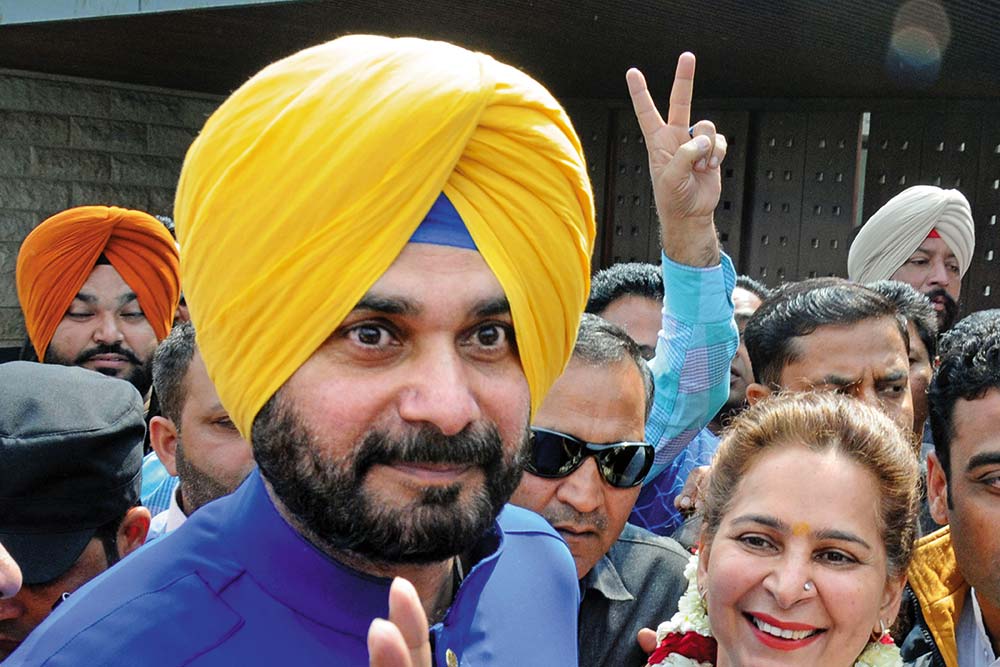 Bitterly for AAP, talks for inducting Navjot Sidhu fell through. He won handsomely for the Congress, as did the Bains brothers, whom he had recommended for AAP.

A certain division is apparent in the poll results, with the Congress leading in almost all cities and getting victory margins of over 20,000 in many Hindu dominated belts. Undoubtedly, city-dwellers and Hindus of Punjab, making up nearly 40 per cent of the population, are the Congress’ traditional votebank, while the SAD has a mass base in rural Punjab.

The politics of AAP is also generally city-bound. Yet, in Pun­jab, it forayed into the villages—a reflection of the Sikh youth’s enthusiasm for it. The Sikh diaspora has been feeding into this by supplying money and a new model of politics. This played a role for the perception to gain ground that AAP didn’t field enough Hindu can­d­idates. Rajinder Mann, an AAP leader, says, “The Hindu comm­unity did not vote for us.” (a prominent Hindu AAP can­­didate from Sunam won hands down.)

There were two reasons for this. One, the party is being accused of hurriedly fielding some candidates. For INS­tance, Jarnail Singh was brought in from Delhi against chief minister Parkash Singh Badal, bringing with him memories of a strong pro-Sikh narrative. Then, there was just not eno­ugh time to do damage control when, after the Maur incident, the opposition seized its chance to isolate AAP from non-Sikhs. “We ourselves were stunned when we saw how at the last moment voters switched from BJP to Congress,” says an AAP leader.

The political landscape in Punjab is such that the Sikh dia­spora has considered the Akalis their betrayer and the Congress their enemy (after 1984). Hence, so long as the NRIs supported the AAP more or less invisibly, the party could attempt to stitch together the varied strands of Punjabi society. Once the party started being attacked for overt NRI links, the spectre of terrorism reared its head. Rapidly, their narrative unravelled. Ironic­a­lly, AAP’s NRI strategy, which was lauded at one point, became its Achilles heel. With the traditional media firmly and fam­ously controlled by the ruling party, AAP stumbled and fell.

Thus, the big question before AAP is whether to pursue Gujarat polls as hotly as it planned before Punjab and Goa, particularly with a triumphant BJP. Punjab and Gujarat’s political terrains are dissimilar, although both states have borders with Pakistan. Sep­aratism has not been an issue in Gujarat, though it has been rocked by other social and political movements such as reservations in the 1980s, the Ram Janmabhoomi movement, and the Patel and Dalit agitations. Goa is perhaps closer to Gujarat politically: urbanised and with a strong contender for power already in place. AAP has, as of now, decided to stay the course on Gujarat. This decision can be attributed to AAP’s style—it can sustain itself in campaign mode over long durations. It has, after all, no other choice.