Chairman of the parliamentary standing committee which has drafted the anti-graft Lokpal Bill, responds to the criticism levelled against him 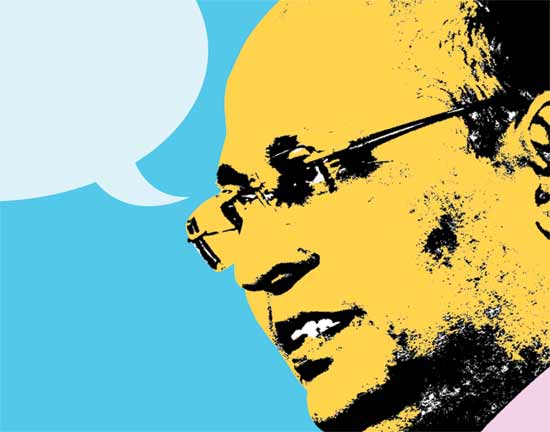 “When we were able to agree on 22 issues, much is being made of three or four issues the members disagreed on. People tend to forget that the broad consensus of the 31 members includes non-Congress, non-BJP members.”

Congress Rajya Sabha MP Abhishek Manu Singhvi, chairman of the parliamentary standing committee which has drafted the anti-graft Lokpal Bill, responds to the criticism levelled against him and other Congress members (besides other MPs) that they have backtracked on the commitments they had made to Team Anna in August.


Do you genuinely think you have honoured the commitment made in Parliament towards the drafting of an effective Lokpal legislation?

We have fully honoured the commitment made in Parliament. Do you think that a large number of parliamentarians, representing 15 different political parties, are looking towards violating the sense and consensus of the House? Let me elaborate. People tend to forget that the broad consensus of the 31-member committee includes non-Congress, non-BJP members too and the final draft report reflects the consensus that was arrived at. Much has been made of the dissent notes on some issues at the highest level and they reflect a minority dissent.

There is a perception among some committee members that the Congress is not keen on bringing a legislation to tackle corruption. And that it is evident in the manner in which the panel backtracked on the issues of the inclusion of the PM, lower bureaucracy and others.

It is an unfounded comment. I cannot comment on the report but there are sections like Chapter 17 which will remove doubts about our intentions. No one can even suggest that this is remotely a government draft or even a draft of Team Anna or an NCPRI draft. A lot of deliberations have gone into it with a large number of inputs from various sections of civil society.

But a consensus eludes the committee....

I can’t give you the conclusions arrived at before the report is made public. Rest assured that the consensus of the committee can be written only if a large majority of members present think so. I repeat again that the Congress has only 11 members (out of 31).

What about the dissenting notes on PM, CBI, lower bureaucracy? Sixteen in all, including three from Congress?

I think it is wrong to refer to the number of dissenting notes. The dissent has been on individual issues. When we were able to agree on 22 issues, much is made of three or more issues where members have disagreed. The press continues to focus on the PM, lower bureaucracy and the CBI.

What do you make of the position taken by members of Team Anna even as your committee was going through with the deliberations.

It is extremely regrettable that while deposing before us, Team Anna was very dignified and cooperative, but the moment they went out, snide comments and personal remarks were made. Each and every member of the committee strongly condemns this. Just because we are not able to speak before the report is made public does not allow them to make derogatory comments against us.

There is a perception that the report, as it is, will please the Congress....

I have repeatedly said that we are not here to please everyone. My committee and I are giving our report true to our individual as well as our collective conscience, and what we believe is in national interest. No amount of vilification is going to deter me and the committee, and this includes the dissenters.

Are you satisfied with the outcome of the report?

The report is not merely a set of conclusions. It closely argues and gives the pros and cons on every issue and the reasons for arriving at a conclusion. It seeks to persuade and arrive at a consensus. Detailed logic has been given about the conclusions reached.