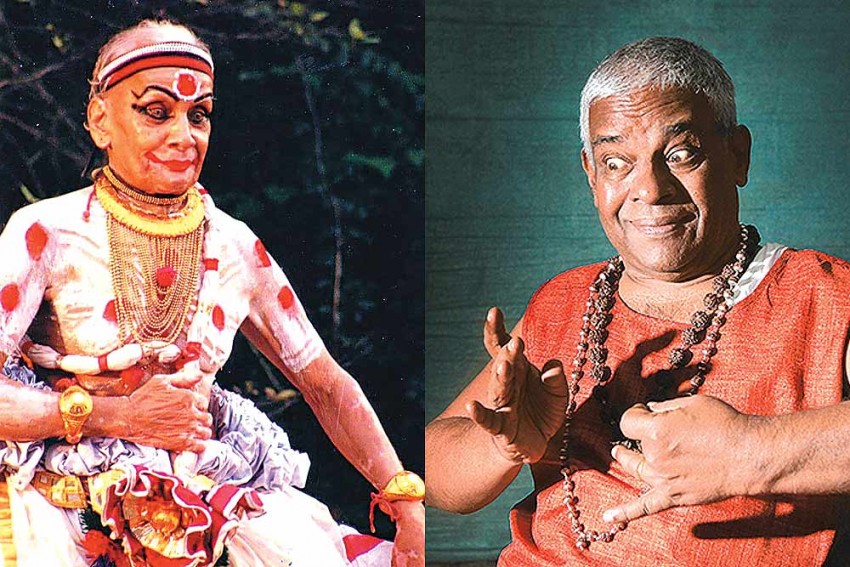 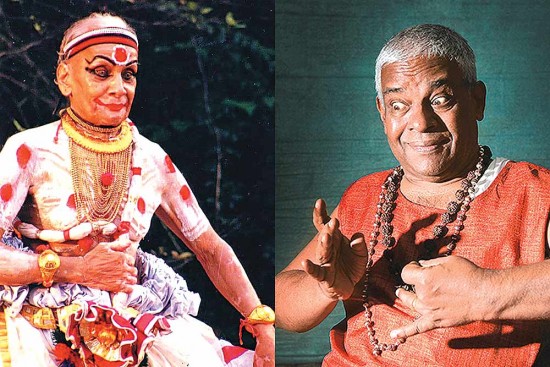 On a quiet evening in 1982, Ammannur Madhava Chakyar was teaching eye movements in Koodiyattam when Venu G., then a student, asked how and why he felt uniqueness in some of the master’s ­techniques vis-à-vis fellow exponents. At this, the guru, fresh after his evening bath in the com-pound’s pond and sitting cross-legged on the black floor, took a break from the Lalita ­Sah­asranamam he would chant simultaneously at a low-pitch—and looked at the pupil. Not utt­ering a word, the 65-year-old got up to walk towards an inner room.

Back he came, with a stock of memories that he was suddenly keen to unveil, much to the pleasant surprise of Venu. The core of it went thus: Ammannur had undergone exercises with the eyes and, more critically, the breath, from a revered expert. Kunhunni Thampuran, who was the last word in his scholarship of facial acting as per the Natya Shastra tenets, had taught the boy. The training had gone on for three consecu­tive seasons—from 1936—at ­Tham­puran’s royal mansion, Kodungallur Kovilakam, known for a variety of key contributions to Kerala’s culture.

“It took a question from me for Amma­nnur ashan (master) to come out with something that one would often like to boast about,” shrugs Venu. “That was my guru’s nature.” Eager to know more about the drills for the eyes and the breath, the pupil took Ammannur to the Kovilakam. Kunhunni Thampuran had died by 1946, but his niece Kunhikutty Thampuratty, who had penned a biography of Thampuran, was a great help. More such trips to the Kovilakam were to follow, recalls the researcher, who is husband to Mohiniyattam danseuse Nirmala Paniker and had earlier learned Kathakali from Keerikkad Shankupillai in his native Thiru­vananthapuram district.

Venu’s inquisitiveness only grew when he also stumbled upon a related article by Kathakali maestro Thekkinkattil Ramunni Nair. The 1956 write-up on breath-based ­abhinaya expounded in depth about Swara Vaayu—an extraordinary exercise, extraneous to the Natya Shastra, where the actor would discover his/her pitch or sound (swara) that best brings out an emotion. “It will vary from person to person; it’s for one to locate it. A personal asset, which is not meant for emp­loyment on stage, but for sharpening emoting skills in the classroom,” he says, having studied Swara Vaayu in depth. “Once I came across it from Ramunni Nair, I could make out that its root traced to Kodungallur Kovilakam (where Thekkinkattil’s ­renowned Kathakali guru Pattikkamthodi Ravunni Menon too had practised abhinaya).”

The Navarasa Sadhana, as taught at the NSD, encompasses various exercises in ­pursuit of Swara Vaayu. “Thampuran was a master of several trades. He could even perform magic,” says the researcher, whose 1975-founded Natanakairali is now directed by his daughter Kapila Venu, a Nangiarkoothu artiste. “Maybe I should learn Indrajaalam as well. Books say it ­enhances histrionic prowess.”