Brass Tacks Of A Blast

The Samjhauta Express, started over 30 years ago, has had a fitful run. What exactly happened on February 18? 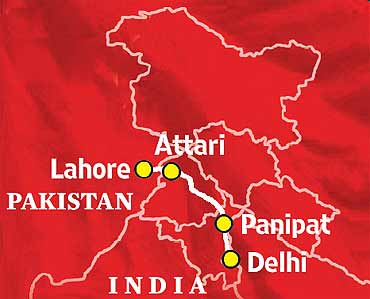 (Though commonly referred to as Samjhauta Express, the train that was attacked was the link service from Delhi to Attari. From here the passengers proceed to Wagah and then on to Lahore.) 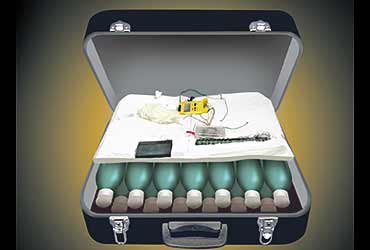 The bomb was initially seen as a crude device. Experts now point out that beyond the bottles of kerosene/petrol and low- intensity explosives like sulphur and electronic timers, there was a complicated circuitry which couldn't have been put in place by an ordinary operative. The wiring inside the suitcases was the handiwork of an expert. Which is why intelligence agencies believe that while the bombs may have been planted by locals, the operation was masterminded by fringe elements of Pakistan's ISI. 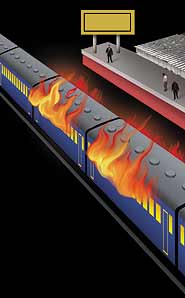 11:53 PM: Gateman at Diwana station, 10 km from Panipat, hears a blast. Assistant Station Master spots the coaches on fire and alerts the driver.

11:55 PM: Train stops near Siwah. Villagers rush to douse the fire in the compartments. Messages are relayed to Delhi, Panipat for help.

12:30 AM: Fire tenders, ambulances arrive. Dead and injured taken to Panipat and Delhi.