Bowling At The Death 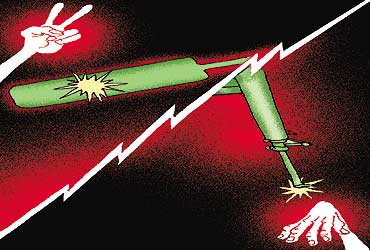 Even those who live a little distance away from Rajiv Nagar did not respond to the goings-on: they were following the game on radio or TV. When Tendulkar's wicket fell, some of them switched channels, and learned about the fresh killings that had taken place in their town.

Earlier that day, I had checked into a hotel in Jammu. My afternoon had passed at a camp for the Kashmiri Pandits. One-room tenements in Mishriwala have been 'home' for a people who lost their homes more than a decade ago. I saw some youth there, sitting around a transistor. They were distraught. The English side was on its way to a 300-plus score.