Shrill and hysterical. Every single character in the film is high-pitched or at least has one supremely grating, braying moment 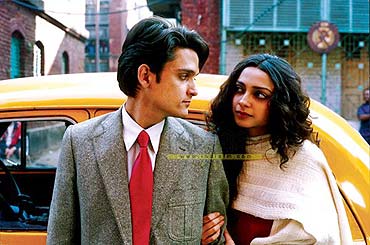 Shrill and hysterical—these are the words that immediately come to mind in describing Bow Barracks Forever. Every single character in the film is high-pitched or at least has one supremely grating, braying moment. The utterly botched-up characterisation is the fundamental problem here. Not even one of the innumerable people on screen ever come alive. The director’s attempt is very noble: to assemble a set of quirky, oddball figures quite in the line of a Pedro Almodovar. However, it backfires, because not once do you feel the kind of warmth and empathy you always do for Almodovar’s eccentrics. What makes things worse is that the acting too is uniformly hammy and stilted. The film plays out like an amateurish high-school stage production and even the seasoned, professional players disappoint. Take your pick for who is...