A gripping ride that just stops short of taking you to the very edge. 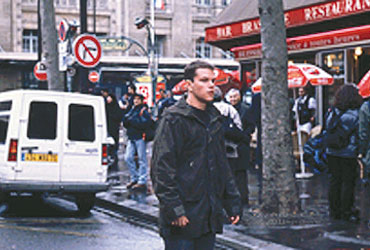 Bourne Identity adheres to all the seminal tenets of a typical Hollywood thriller. It's breathlessly paced so that the viewer has little time to pause and reflect on the action or to pick holes. The plot can easily be summed up in a sentence: an amnesiac secret agent (Damon) is on the run to escape assassination attempts and to seek out his true identity. As per the Hollywood formula, he also chances upon a nomadic girl (Potente) who lends him a helping hand and the two end up kissing and sleeping together.