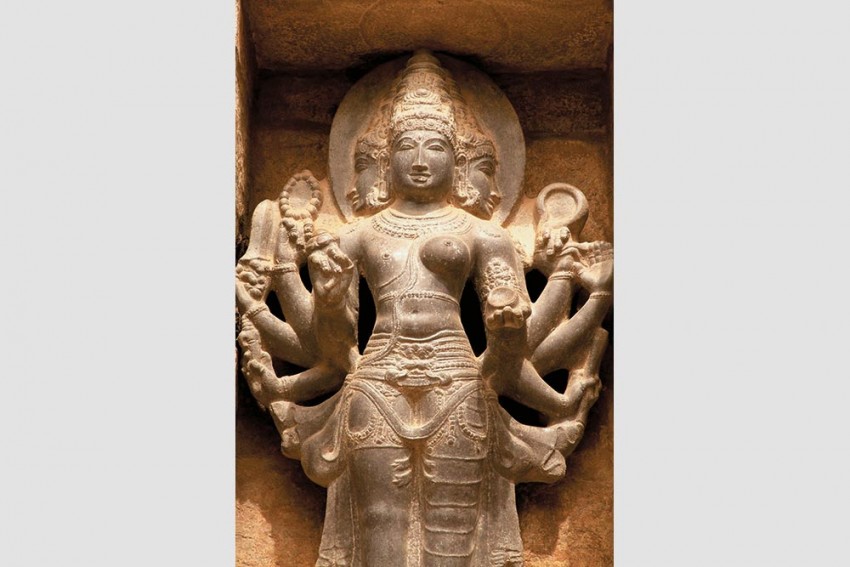 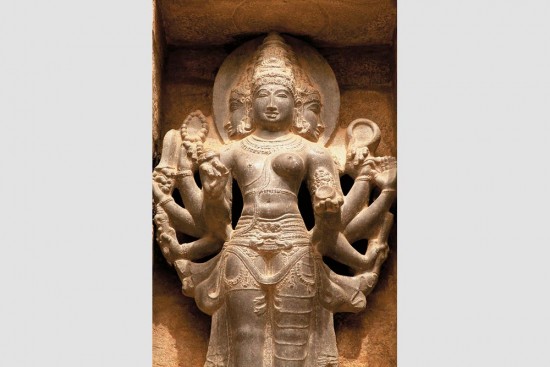 Hinduism, for most within its fold, is a way of life. It has no one pope, no one text, no infl­exibly prescriptive ritual, no mandatory congregation and no one presiding temple.  It is precisely for this that it has continued to flourish since time immemor­ial, san­atan and anant. Shashi Tharoor’s The Hindu Way is thus app­ropriately titled. It gives a broad-brush introduction, tarrying on some details but, in general, providing a bird’s-eye-view to the practice and ideology of a religion that defies rigid definitions.

For Hindus, to know a little more about their religion is essential, especially today. While accepting that Hinduism is a way of life, it would be incorrect to say that it is only an amorphous and diffused collation of customs and festivals. The core of Hin­duism is its spiritual legacy, which con­­stitutes a grand edifice of thought, not­able for its cerebral energy. Hinduism as a religion is inseparable from Hindu­ism as a philosophy. If Hindus are adrift from the deep philosophical moorings of their religion, they are del­iberately choosing the shell for the great treasure that lies within. When religions are largely redu­ced to rituals, there is always the danger that the form will bec­ome more important than the substance. Tharoor’s book is an important attempt to counter this danger.

There are three foundational texts of Hinduism: the Upanishads, the Bha­g­wad Gita, and the Brahma Sutra. The religion has six systems of philosophy: Sankhya, Yoga, Nyaya, Vaisheshika, Purva Mimamsha and Uttar Mimamsha. In addition there are defiant schools of thought, such as the Charvaka, and the esoteric practices of the Tantras. Signi­ficantly, the principal schools of Hindu philosophy are mostly less concerned about god and more about what could be the ultimate truth behind the bewildering plurality of the cosmos.

The core of Hinduism is its spiritual legacy, a grand edifice of thought. Tharoor portrays the inclusive, eclectic and dialogic aspects of Hinduism and discusses pivotal figures.

Shashi dwells on these aspects, and tangentially or directly, brings out the amazingly inclusive, eclectic and dialogic aspects of Hinduism that sanction several paths—jnana, karma, bhakti—to reach sal­v­ation.  He gives special attention to pivotal figures in the evolution of Hinduism, such as Adi Shankaracharya, Ramanuja, Swami Vivekananda, Raja Rammohan Roy and Dayanand Saraswati.  There are chapters on the impact of Bud­dhism and Jainism on Hinduism, and that of the Muslim invaders, as also the reaction of Hinduism to the challenge posed by British rule.

The Hindu Way is derived from Sha­shi’s earlier, and more significant, book Why I am a Hindu—a powerful polemic against bigoted Hindutvavadis. Without detracting from the need of such a rebuttal, Tha­­roor concedes in the prologue that there was a demand “of many readers for a book on Hinduism without the polemics of Hindutva” and so this is a book that “rep­roduces some of the sections of the previous book along with a couple of new and revised chapters”. The aim was to have a book that is less contested and polemical—a benign introduction to Hinduism.

But, whatever his intention, the need to counter the illiterate ultra-right Hindu looms large like Banquo’s ghost over this book as well. It is only when ordinary Hindus, while practising their faith in their own way, become more informed about its remarkable philosophical foundations, that they will be in a position to counter Hindutvavadis, with fact and rea­­son. In the times we live in, this is the relevance of The Hindu Way. In fact, the author himself—in spite of his avowals to the contrary—cannot stay from this theme, and expresses himself without inhibition in the last section, where he spe­­aks bluntly about the relevant need to counter the distorted and fanatical aspe­cts of Hinduism that is in evidence today.

For the curious Hindu wanting to know more about her religion, The Hindu Way is an eminently readable primer to the basic tenets of this great faith. It is informed by an eclectic and inclusive temper that is at the very core of a religion that had the audacity of thought to pronounce millenniums ago: Ekam satya bipraha bahudha vadanti—the truth is one, the wise people call it by different names.

The book is appropriately illustrated by images from the practice and evolution of Hinduism, but there is one illustration, right up front, which needs to be corrected in the next edition. A full-­page depiction of Lakshmi is wro­ngly labelled ‘Saraswati’. But, that is a minor editorial mistake in a book that otherwise provides a very informed tour d’ horizon of a faith that has rem­ained an imperishable way of life since the dawn of time.