Vavar, Mahishi, And The Trail Of Blood

Indic religions, including Hinduism, privileged the male over the female in their quest for liberation. Sabarimala, its layered history steeped in inclusion, typifies this. 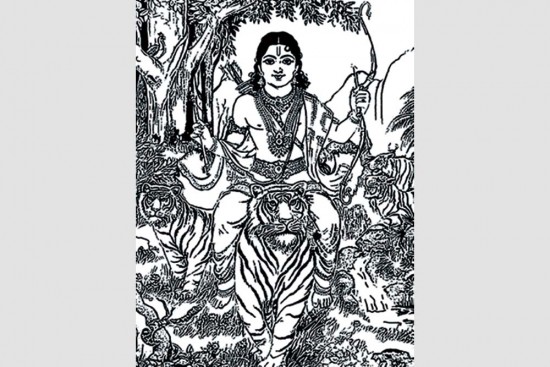 Can a woman be a muezzin and call the faithful to gather at the Jama Masjid to pray? Can India have a female archbishop? Can an openly gay man be allowed to lead the Akal Takht? Can a Dalit be a priest in a temple at Kanchipuram, Tamil Nadu? Can a European or American be allowed to enter the Jagannath Temple in Puri, Odisha? Can members of the newly formed kinnara (transgender) and all-women akharas lead the Shahi Snan at Kumbha Mela? Can women enter the Sabarimala Temple which, until now, has been restricted to male devotees? Yes. Yes. Yes. We can imagine so many ‘reforms’ in religion. However, notions of reform are often based on ‘assumptions of deformity’, which are dependent on ‘assumptions of normality’.

There are many who see religion its­elf as a deformity. Among the rest, there are those who subscribe to the popular ass­umption that a ‘normal’ god is one who considers all creatures as equal. This definition of god, however, is not universal; it is political, rooted in Abrahamic mythology that informs Judaism, Christianity, and Islam, as well as notions of modernity. The opposite is NOT a religion that believes in inequality (which remains the standard Euro-American view of Hinduism) but a religion that appreciates diversity, and the inherent hierarchies and dynamics within. This latter non-Abrahamic view inf­o­rms Hinduism, Buddhism, Jainism, Confucianism, Taoism, and many tribal and folk religions of the world.