From Albert Camus's The Plague to The Inspector Maigret Series by Georges Simenon, here's a list of books you must read while at home during the coronavirus. 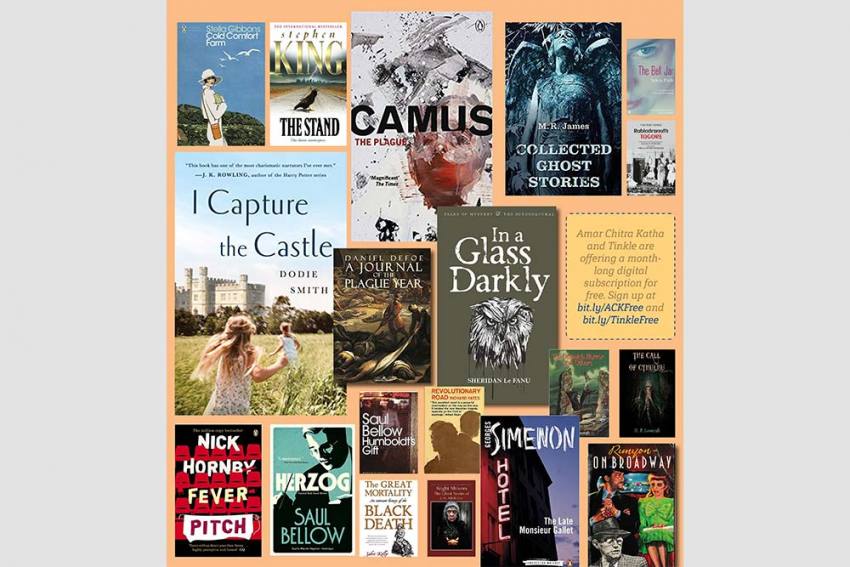 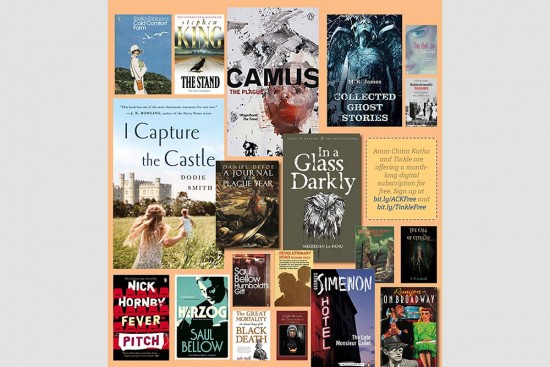 Being cut off from all social interaction is depressing, and a lightening up of mood is in order. Comic writing can be a perfect pick-me-up. P.G. Wodehouse, Gerald Durrell and Tom Sharpe are, we take it, well-thumbed. Now read the comic genius you’ve probably not read—the immortal, laugh-out-loud, linguistically inventive Damon Runyon. Narrated by an anonymous person in New York, these stories, told in street skaz, inhabit the world of speakeasies, diners and horse races, populated by gangsters, dropouts and lowlife of every dimension who all live by their wits. Broadway in the ’20s and ’30s was never so much fun as here.

Capture The Castle by Dodie Smith

Crime never pays, but it pays to shut out the world (when the world is shut to you) with absorbing crime fiction. We take the opportunity to plug the work of the unique and great Georges Simenon and his fictional sleuth, Inspector Jules Maigret. The chief detective inspector of Paris’s police judiciaire is not an eccentric genius like Holmes, he doesn’t keep his hands clean (and his moustache waxed) like Poirot, and certainly he isn’t as damaged as the brilliant Philip Marlowe, John Rebus and Kurt Wallander. He is as bourgeois as you and me, but thorough, extraordinarily sensitive and with a remarkable ‘sixth sense’. In spare, lyrical prose, Simenon splits open fissures of society to reveal its ulcers, tumours and cancers—reason why so many consider the Maigret series (and his other ‘hard’ novels) to be treasures of modern literature. Remember, you’re in the hands of the Master.

For those taking pleasure in matters supernatural there’s a virtual treasure trove. Try Stephen King’s The Shining (then watch Stanley Kubrick’s classic, chilling movie version), It and Children of the Corn.

Gothic settings melded with weird fantasy is the dark domain of H.P. Lovecraft: The Call of Cthulhu, The Dunwich Horror.

Yet what’s any genre without its masters? We have in mind M.R. James (Collected Stories), Sheridan Le Fanu (In a Glass Darkly) and J.H. Riddel (Night Shivers).

Amar Chitra Katha and Tinkle are offering a month-long digital subscription for free. Sign up at bit.ly/ACKFree and bit.ly/TinkleFree

Escape from oppressed captivity and the need for imagination to surpass one’s immediate confines is the subject of Rabindranath Tagore’s immortal play Post Office (Dak Ghar). Amal, a small boy,  is confined to his room with an incurable disease and expresses an insatiable curiosity about the outside world to all he accosts—the dairyman, the village pradhan, fellow boys, a fakir, and Sudha, a little flower gatherer. News of a new post office fires Amal’s mind, and he fantasises about receiving a letter from the King, of being His postman. A letter does arrive, borne by the royal physician, announcing the King’s arrival. Deeply allegorical and life-affirming, Post Office resonated around the world—Yeats produced the English staging; Andre Gide read it on Radio Paris the night before the city fell to the Germans and Polish author-educator Janusz Korczak produced a version with children (doomed later in Treblinka) in the Warsaw Ghetto.

The one novel that mirrors exactly what happens in a town cowering under an epidemic is Albert Camus’s The Plague. Set during a fictional outbreak in the Algerian city of Oran in the 1940s, it chillingly goes through the various stages—the first glimmer of pestilence; a breezy dismissal by authorities; the steady growth of deaths; perplexity and panic; declaration of quarantine; an inept administration dealing with inadequate healthcare; attempts to escape; looting and breakdown of law; curfews; a stiffening resolve and a gradual retreat of the disease. But how Dr Rieux, Father Paneloux, Rambert, Tarrou and others react to isolation and danger is reflective of Camus’s unique vision—the utter absurdity of the human condition, as also the resilience of human spirit.

Depression and loneliness are handmaidens to confinement, and over the ages, authors have suffered from it, fought it and then exteriorised it in their works. Going through their experience may help us understand it better, then overcome it.

The Bell Jar by Sylvia Plath

The factually and forensically inclined can read about a society stalked by the plague in Daniel Defoe’s A Journal of the Plague Year. It chronicles daily life during the horrific outbreak of the disease in Britain in 1665-66. Then there are histories of the older, more infamous pan-European outbreak—the dreaded Black Death in the 14th century. We recommend The Great Mortality: An Intimate History of the Black Death by John Kelly.